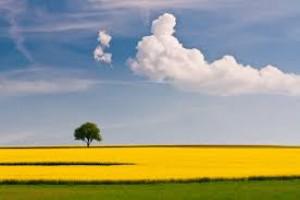 Waking up early morning, unleashing the door knob, I do not find the newspaper but a man whose name is unknown, who reads my face and tells me my daily horoscope. I have no idea how he does it, it does bewilder me yet I await my waking call-the doorbell every morning.

Although he is not my acquaintance but I somehow feel that I know him so well. As if I know every explicit detail of him. Whatever it may be it seems as if I am the puppet of his desires. There is no feeling of aversion as such but an avid desire of mine to know who he is. For now he’s called “The Daily Door Visitor”.

I only get the time to fritter away like this on the weekends. On the other days, my emotions and anxieties are suppressed under prodigious files. I am a workaholic and this busy schedule does not instigate me to think about anything else. I work relentlessly with an aim to become the Country Head of Bavarian Motor Works.

I have adapted myself to work so much so that now even a few days of rest makes me bilious.

One day I find myself sabotaging my own client meeting, this couldn’t possibly be a mistake. It is inconceivable. I cannot be so lax so callous to lose something which is not at all expendable, cannot let something so precious brush past my hands.

Life has numerous flavours to offer. However, some can be very unpleasant and woeful. I had faith in Rayle and he was known for his fidelity. Rayle-my greatest friend in school, boyfriend the person for whom I can fall for.

Altruist, as he was it was so easy to take his advantage. The truth still remains untold however I just know that one day I stepped into his house and found that the person whom I used to call Rayle does not exist. It was the day after my mother was lost. I don’t know whether she got murdered or simply died or if she still existed. I am still in search of my mother who could see the future.

Since that day, I am aloof. I am away from everyone, away from my own self, busy searching for people who probably don’t exist.

Stepping out of the supernatural world, I do realize my position in this town Boston - A girl who lives in her own spurious world, who talks to herself who thinks that she is surrounded by people but is actually alone.

Whatever it is, I don’t believe in it, people say that I had lost my mother at the time of my birth. This does not make any sense as I know that I have lived 21 years of my life with her. My sub-conscious mind knows her. She now comes in my dreams to teach me the turns of life. But the people here cannot abide by this. This is how my solitary life tastes.

Coming back, I do realize that I have lost my position to a known face to someone whom I used to call Rayle.

However, Rayle is now called Maron. He apparently does not know me.

I try to elude conversations with him as I do not feel very uncomfortable. However, whatever interactions we have made so far I think that I have experienced all of it before. No matter the reality.

I can’t tolerate anyone calling me sick.

I know that my they think that I am a psychopath but the truth is, I don’t talk to myself but rather people who used to be very important to me!

Yet again, Maron reminds me of Rayle and yet again I can feel the repetition of conversations, I have once had with Rayle.

I used to console myself and avoid interactions until one day I went to my neighbour’s house for sugar when I realized that the ‘the daily door visitor’ looks somewhat like this lady (my neighbour). As I was about to launch my questions at the lady she sprung me out of her house. It was quite rude of her to do that but I understood that she was hiding something which I should know about. I was coerced to return home.

From the next day on, I made sure to keep an eye on the lady in order to know more about her and her intensions.

I know that there is something spooky going on. Maron and Rayle cannot be two different people and I am sure about it. They are the same–their habits, choices and the way of thinking.

I droop down and think when I hear the doorbell but to my surprise, I find Maron. This is not my sub-conscious mind, I remember his baffling words loud and clear.

“Riana, I am Rayle-your Rayle. Please hear me out, I have no intensions of hurting you. I was 16 when I lost my parents and then I was adopted by two siblings who took me away. I've been under their influence for quite some time now. It's as if they control me and every intricate detail of my life.

I stood there my gloomy eyes wanting answers and I knew he had them. “Why did you take away my position-my dream.”

“It was not something I intended to,” he said.

“I was pushed into this. I know it sounds vague, but this is the truth Riana. Someone is playing with my mind and I am just a puppet.”

There was nothing that I could do other that confide in him for I knew that I was going through the same phase too.

At that point, I told him everything about the daily door visitor, about my neighbour and my mother.

“Describe the appearance of the daily door visitor,” he said.

I handed him a picture. He stood there awestruck.

When he picked up the lost breath, he said that the picture was of the person who adopted him. I was confused. I had not done anything to him, then why does he haunt me? We do not share any bond then how does he know every explicit detail about me?

“When did you last see Crayton( the daily door visitor)?”

But I knew what to do next. I took him to my neighbour. They recognized each other instantly. “She is Crayton’s sister,” he said. I starred at her through my glasses. I told her about the way he hypnotizes me and tells me my horoscope.

“Crayton is no more, Riana. You are his stepdaughter. Your mother left him for some other and so he seeks revenge from you.”

“He’s dead for the world, not you darling he took the powers from your mother and now seeks to harm you. I and Crayton are no more together.”

Even after all this my question remains unanswered: Is my mother alive? Can I see spirits? Is Rayle my brother or is this again my sub-conscious mind?

I still don’t know the real intensions of the daily door visitor (if he exists). Either it was to split me, Rayle and my mother apart or it was just to make me a lunatic.

The abrupt words and the lost companionships disturb me to the core. I repeat again life has various flavours to offer and this one is the bitterest one!