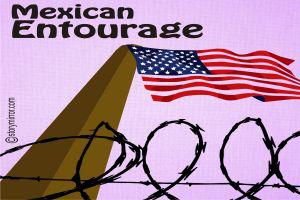 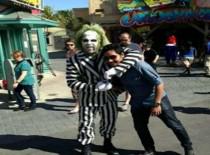 After completion of 3 months of training of MBA program in London, our second destination was a small town, San Bernardino California. It was obvious for us to face difficluties in settling down in this small town as we were used to one of the biggest and the coolest city of of the world- London

Well, this small town had no spot to hang around but since it was in the middle of Los Angeles & Las Vegas, we finally decided to take up a rented car. Getting a rented car in U.S is very easy and is quite economic too. We had scheduled our week with 5 days of studies & 2 days of enjoyment by roaming around. We had already covered Los Angeles & Las Vegas 2-3 times so one day we decided to go to beaches.

It was a sunny day and we were in San Diego. We were 8 members in 2 cars. When we reached there, some locals told us about the famous beaches of San diego. After having all the fun and enjoyment there, we decided to go back to our University hostel in San bernardino.It was around 80 miles away from San Diego. It was around 5p.m when we mutually decided to see the border of Mexico which shares its boundries with San Bernardino. Someone told us that we could even cross the borders if we had the visa for the U.S.(Half information)

We had entered Mexico outskirts of Tijuana with only half of the information. Its mandatory in U.S to carry your Visa identification-form apart from your passport( which they issue at time of entering in the U.S,) if you are travelling from the U.S to Mexico. We didn't know about this, and apparently out of 8 members,  7 members didnt have their Identification no.form.

By then it was 7 in the evening and then I realised that we had to drive all the way back to San Bernardino which was 100 miles away from Tijuana. So we decided to return back & reached near check point. However, we were shocked to see the 4 Kms line of cars which were entering from Mexico to U.S.(Highest rate of illegal immigration happens from Mexico to U.S).  After a long wait,when we reached near the checkpoint, the officer asked for visa. We gave him the passport. Then he asked for our visa-identification-form which we had forgotten to brin., He then sent us all to a small  confiscation room (being a suspect of illigal immigration) & started asking various questions( Can't even write the intensity & amount of cross questioning).

We were in a real bad situation! Thank God that one girl in the group had that identification form. By taking that form as base consideration he allowed us to re-enter U.S nonetheless after about 4-5 hours of checking (also includes calling at indian embassy in Washington & U.S embassy in New Delhi) our cars clothes, even the fruits which we bought from San Bernardino were checked by the inspector.

Finally we started our journey back to San Bernardino & reached our hostel at about 6 in the morning.