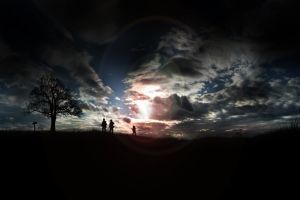 “Hurry up, Zaid!” my mother screamed. I grabbed my book and headed for the bunker.

I hate it when it rains.

It always meant more firing, more blood, more and more death and darkness. They always think they can outsmart the enemy when it rains. It was raining the day they killed my father. He went out to buy some bread and all that ever returned was a scarf smeared with blood.

It all started over a year ago. I was walking towards the library. All I could think of was how the gunpowder slowly killed the young grass. How the leaves whispered about the smell of burning flesh. About how the will of people is challenged every day by guns and grenades. About how the Gods of Death rise from the ashes and eat men like air.

When I reached, I saw Carl lying with a book. You see, it wasn’t much. All our library consisted of was a bunker and two bookshelves that contained books straight from America by his courier passes. He had been posted here for the past two years. When he first met us, he would ask us about our dreams. We were kids, and all we dreamt about was dolls, football, chocolates, school and in some cases, for our dead parents to come back (It’s funny how we always want things we can never have).  Since then, he has been trying to bring normality back into the lives of children in war torn families.

“It’s someone’s birthday tomorrow,” he said, with such an innocent expression that it almost made me laugh.

“Yes, and I’m so glad to live when everyone wants to kill me and all the people I know,” I said.

“Still, what should I gift you?”

“You know what? I want this to end. I want to hear the echoes of laughing children, not just gunshots. I want my mother to stop crying herself to sleep. I want my Abba back. I want a childhood I don’t have to recover from. I want to live fearlessly, and you cannot give me any of these things.”

“I obviously cannot.” He said and turned to his book.

That was the last afternoon Carl and I spent together. Conditions didn’t work out and he was always away on duty. Although, he did send a book for me the next day. Two weeks later, we heard that they blew the American Base Camp. We tried to look for him, but the officers wouldn’t let any Syrian enter. I was shattered. Carl’s death occurred to me like my father died all over again. It was the last time a stranger had asked us about our dreams. The last time when anyone ever gifted us books.  The last time that anyone would think that the people who live here are not just God’s unnecessary offerings, waiting to be slaughtered.

Now, the past bugs me more than the present. I picked up the book he gifted me. Flipping through the pages, a note fell. It said:

"There are flowers in this world
that only bloom
when the ground beneath them is burnt.
It'll all be okay, Zaid. I promise."

And suddenly it occurred to me that maybe the grass keeps fighting the ash for its own space on Earth.  Maybe the leaves whisper the stories of an emerging will, unsung for. Maybe the people would someday learn to swallow the bullets and the grenades just to vomit death right back to the Gods.  Maybe, just maybe, the Gods will defy our destinies and make a shattering country walk towards a better future.

I know the sky is grey today.

I’m waiting for the day it turns blue.