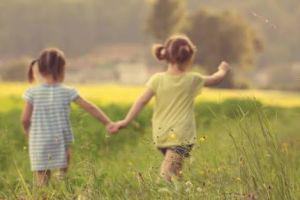 The middle of April had just approached. The kids finished with their final examinations, were preparing for the two months of absolute freedom, the refrigerators stocked with packaged and homemade drinks, coolers fitted in every house, and the city was gearing up for an expected hot summer.

Oblivious to all this, I studied for my exams not due until another month… Suddenly, a strong wind started blowing, rattling the windows and making eerie noises. Soon the noise rose to a howl. The awnings waved frantically. Unlatched doors started banging as a heavy downpour hit the windowpanes. I pulled my books to safety as the rain made way through the gaps.

“It’s raining in April? What’s wrong with the weather?” I thought, staring at the droplets being unsteadily carried away by the wind.

A tree far off broke off and fell, not able to withstand the mighty mistral. I could hear my sister latching the doors. I shut off the windows and went back to studying. The sky steadily grew darker. After about fifteen minutes, the tube light flickered, dimmed steadily and went off. My little sister came in enquiring, “Why are the lights flickering?” I said, “Oh! Don’t worry; it’s just some aliens trying to invade the earth.

Lights usually flicker when their flying saucer near the surface!” Her face looked stricken. “Why are you pulling my leg? There’s no such thing as aliens!” To which I replied, “Then explain the unnatural rain. Did you see the wind blew in circles? Like something was spinning above the ground? We have an inverter at our home. Then why did the lights go off? It’s obviously aliens” Just as I finished, the lift started playing its bell. My sister went out to check and found it closed. I turned, hiding a mischievous smile from my sister as she fathomed the unexplained events.

The telephone rang. It was my aunt. My sister spoke rapidly, “Did you see the rain? It’s as if monsoon’s here” Pause. “What, it’s not raining there? How could it not rain? It’s such a big storm here!” She made her way glumly towards me, “It’s not raining on the house which is 6 km away from this place”. Soon I could see her trying to light the torch. It didn’t come on.

Then she rummaged the shelves for a candle. It wouldn’t stay alight. It rained and thundered more than ever. I ignored and stared at my book, hardly taking in anything. The lights came on bright and then dimmed again. My sister clutched my hand in fear and stifled a little scream. As I reprimanded her for irritating me, she said, “Is it really aliens? Will they take over the earth?” To which I coolly replied, “There’s no other explanation. Now let me study” She started screaming, “What are you expecting? Someone like Jadoo?” She ran off crying, “I don’t want to be imperialized by aliens! Boohoo!” and I rolled into fits of laughter. I looked up, laughing and stopped suddenly. My mother stared down at me angrily. “What stories have you been telling her now? You sister looks like she’s seen a ghost!” “Oops!”