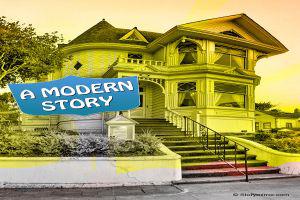 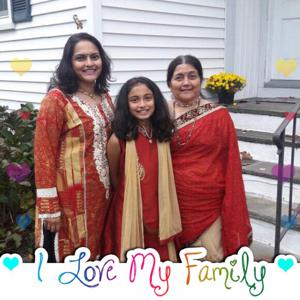 Shilpa drummed her fingers on the table. The diamonds on her fingers shone as her hands moved. She was frowning.

‘Why am I feeling so depressed?’ she asked herself. She had everything that money could buy- a lovely house, two chauffeur driven cars, name, fame and position, yet there was something lacking.

‘A personal life,’ she muttered to herself, ‘Someone to give me a big hug when I come home.’  She was in office from early mornings till late evenings. Working and earning more money. She was always on the move, always having her bags packed to fly off at a moment’s notice, whenever duty called.

Her ambition, her career always won over her parents’ insistence on marriage and family.

‘Ma, Papa, where do I have time for all that?’ she had said to her parents umpteen times, ever since she had completed her MBA and landed an excellent job. ‘I hardly have time to eat, leave alone time to cook or look after a house, you know my hectic schedule.’

‘Besides, Ma, I cannot spare a couple of years of my life at this stage creating a family and looking after them,’ she continued.

‘The boy should match our Shilpa in education, looks and salary,’ her parents had insisted. They had started looking for a match when she was twenty five and now, a decade later, they had still not found a suitable boy.

Shilpa had climbed the ladder of success and reached the top.

‘Oh, but it is so lonely at the top,’ she said to herself now, ‘Have I missed the bus?’

‘Sheetal,’ she called out to her secretary,’ Cancel all my appointments for a week and book me a nice beach house in Goa,’she ordered.

Early the next morning, even before the golden sun made its appearance, Shilpa was out on the beach, the cool breeze playing with her hair and the soft sand trickling between her toes.

So engrossed was she in her thoughts that she did not see the pony cart speedily coming her way.

‘Hey,’ shouted the cart driver just as a pair of male arms snatched her to safety.

Looking into the warmest brown eyes she had ever seen, Shilpa just muttered a ‘thanks’ and pushed away.

That evening she again met the man and exchanged smiles. In the days that followed they met several times as he too was in a similar position as her. Pramod too was a top executive in his firm, a foot in India and the other anywhere in the world that his business took him. He, too, was dissatisfied despite all the worldly goods and had come to Goa for a short break.

‘Sailing in the same boat’ they said together and smiled. They had a lot in common and they spoke endlessly over business matters, political topics and others.

But on the personal front they retained their mysteries.

Shilpa returned home to Mumbai and picked up the strands of her life again. She had a whirlwind of meetings, of tours and conferences. But somewhere at the back of her mind was Pramod and his warm brown eyes, his attractive looks.

A routine medical check up told her that stress and a hectic schedule together with an unbalanced diet had taken its toll leading to complications. The ubiquitous BP was making an appearance in her life. Slight sugar problems, and more worrying was the lethargy of her ovaries.

‘Shilpa,’ said her doctor, ‘If you want to marry and start a family I suggest do it right away. I am not saying that it is not possible but at your age it is difficult and there are risks involved.’

Her mother too voiced her worries.

‘Shilpa, there is an eligible man who is quite ready to marry you,’ her mother said, ‘but his position and income are not at par with yours. Is it ok?’

Shilpa shook her head, knowing that she could not compromise. She needed to respect the man she married. And respect came from position, from income and qualifications, she thought. ‘What about love?’ whispered her heart. She had no time to socialize or meet someone she could fall in love with. There was just no time. It was office, office, work and more work. That’s why she was where she was. Career wise on top of the ladder but personally at the bottom.

A couple of months later Shilpa’s world came crashing down. Her beloved father, her support and guide, had met with an accident which had been fatal.

Her mother was inconsolable. They had always been together, done everything together, going on picnics, films, dramas and parties. They had led an active social life especially after his retirement.

Shilpa’s mother sold off the beautiful apartment, the cars and all the luxuries and prepared herself to migrate to their village home where family servants and warm neighbours would keep her company and look after her in the evening of her life.

Shilpa insisted that her mother stay with her.

‘But Shilpa dear, what will I do the whole day? Your bungalow is too big and there are no neighbours with whom I can socialize. No, I would rather go to my village.’

On Shilpa’s insistence and a bout of tears, she decided to stay a month at her house.

‘Then I will go to the village,’ she declared firmly.

A few days later Shilpa was pleasantly surprised when Pramod landed on her doorstep.

‘Hello,’ he aid anxiously, ‘I read about your father and came to pay my condolences. I was in the US otherwise I would have come earlier,’ he said

As Shilpa introduced him to her mother, she could feel the vibrations. Her mother was matchmaking in her mind.

‘No, Ma,’ said Shilpa, ‘I know nothing about him. He may be married and anyway he may not be interested in me that way. Besides, I cannot offer him a child because of my condition and no man will like that.’

Yet when Pramod invited her she went to a film, to a club anywhere and everywhere.

One fine evening, over a cup of coffee, Pramod went down on his knees and romantically popped the question.

‘Shilpa I love you, will you marry me?’

As she hesitated he misunderstood and continued, ‘Think about it. Consult your mother. I will call you tomorrow,’

Shilpa spent a sleepless night. What was she to do? She definitely wanted to say yes, but she had to be fair and tell him about her age and her medical condition.

‘The doctor has not said that you can’t have a baby,’ scolded her mother, ‘Why are you imagining things? She has only said that there are risks. And you re not an old woman.’

‘Ma, I am thirty five,’ said Shilpa, ‘If I had met Pramod five years ago I would have had no hesitation in saying yes.’

The next day Pramod rang her and invited her to his house. ‘I have something to confess’ he said ominously creating panic waves in Shilpa. Now, what did that mean?

As she entered the grand house she felt that it was cold and not very friendly.

Pramod came, a bit hesitantly he sat near her.

‘Shilpa, I have kept my personal life a secret from you. There is something you must know,’ he said.

‘Yes, I too have something which I have to tell you, a confession to make,’

They looked at each other wondering what they were concealing from each other.

‘You first Shilpa,’ he said after a brief hesitation.

‘Pramod, you know that I am thirty five years old,’ she began, ‘And with age and the tensions of my life, I have problems with sugar and BP.’

‘Oh, that’s ok,’ said Pramod relieved, ‘It happens to everyone. I am also over thirty five so I also may be having such problems.’

Pramod that is not all,’ said Shilpa, ‘I may not be able to conceive.’ She blurted.

‘I too have a confession,’ he said, ‘I was married six years ago to a beautiful woman whom I loved with all my heart. Unfortunately she died two years ago.. .’  He was emotional while thinking of his wife. Shilpa was stunned. That Pramod could have married was in her thoughts but that his wife had died was tragic.

‘Oh,’ she said touching his hands in a comforting gesture.

‘There is one more thing that you should know. I have a three year old son who needs a mother. Oh, that is not the reason why I am asking you to marry me,’ he said hastily, ‘My son Dheeraj is a smart child. I have had to leave him with my brother and his family as I cannot look after him, and we miss each other.’

Dheeraj entered the room silently and looked at Shilpa with big innocent eyes.

‘Oh he is so sweet,’ cried Shilpa getting up and trying to gather him in her arms. The child responded eagerly and they held each other for a while.

‘I think that all our problems are solved if we marry each other,’ said Pramod happily,  ‘We love each other, that is the main reason for our marriage. Your age and your problem, which I still don’t understand, will not be a problem as I already have Dheeraj. God willing we will have a brother or sister for him.’

‘That will solve my mother’s problem of getting bored the whole day at home She can live with us, look after Dheeraj when we are away and it will be one big happy family, isn’t it?’ she looked at Pramod, her eyes shining.

And thus the modern story of busy executives and their work culture was solved. At least for this couple.