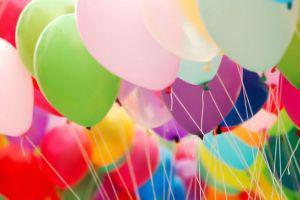 I observed him carefully as he walked to the door. I knew that time was running out but suppressed the urge to check my watch. I took a deep breath and started counting in reverse under my breath. “Ten, nine, eight, seven…”

Half-way through, I got bored and decided to shoot him without waiting to reach one. Why do I count down from ten before killing people anyway?

I was running late, since I had overslept this morning. I had just about enough time to grab a donut before I made my way back to school. ‘You’re getting too complacent,’ I told myself. And it’s just been a couple of months, at that.

A couple of months since everyone over the age of fifteen died.

Let me explain. It has been precisely six months and four days since an epidemic wiped out everyone above the age of fifteen. I was in school when it happened. One might think we would be overjoyed to see the people who have been our tormentors for the past ten years drop down dead.

The first thing we did when our teacher collapsed was run to get another adult, only to be met by hoards of children, all looking for someone to tell them what to do.

Later, much later, the science students, with a little help from the internet, said it was some kind of light ray the Sun emitted. The bodies of people over fifteen cannot withstand the solar emissions the Sun now gives out.

Once we realized what had happened, we decided to assemble back in the school, and decide what to do next there. Inside, it was a nightmare. The younger children were crying and wailing, and those even younger were playing with the corpses that surrounded them.

There were students older than us in school, the ones in the grade above ours. They organized us into groups, told us what to do.

At first, we were in shock, but we managed to pull ourselves together. With leaders to look up to, and a definite list of things to do, we managed all right. Even when the power went out and the water stopped coming, we managed. We survived.

But now, our leaders are turning fifteen, and dying. I am a newly elected leader now. And I have exactly three months and five days left to live.

But enough of all that gloomy talk. I made my way back to school, munching the donut and whistling along the way. That boy was one of the few street children that stayed in Indiranagar after the Day. They were bold and aggressive, and caused nothing but trouble. Of course, we didn’t kill them at first. We didn’t realize the consequences of every single legal adult dying back then. We still don’t.

But our school, with our lovers of sci-fi and dystopias, we went into this like it was a novel. We raided the police stations for guns, since there’s almost always a need for guns in the books. We raided the grocery stores for food as well. But, the problem was, we never planned far enough ahead. Food runs out, unless you make more of it. Our school rules Indiranagar, because we have all the food and water. And the guns, of course. Those help too. The donut I picked up? Another school beat us to Krispy Kreme. We could have taken it by force, but that gets too messy. It’s easier to trade instead.

But if not now, in a few more months, that’s when the real fight will begin. The literal Hunger Games. Hopefully, I won’t be alive when it starts.

I walk into school, our official headquarters, and go up to my room to change. When I walk back down to reception, where the official leaders spend their time, Shivani, another leader, in the older grade, said, “We have to go to the library.”

I groaned and followed her. The library is where we keep the sick and the injured. And the dying.

Tanya (another leader, this time in my grade), met us at the door. “It’s Ram.” Shivani paled. Ram was one of the few people still alive from her grade. It hurts worse when they’re your classmates, when you’ve essentially lived with them for the past ten years. I’ve only lost a handful of people from my grade, but Shivani and Ram, they’re part of the final few from theirs.

Ram looked relatively normal, but then, they all do. It starts with a funny feeling in your chest, then it spreads to your stomach, and then, just like that, you’re dead.

“I feel it in my stomach now,” he says, his face white as sheet. Just then, the rest of the people in tenth grade rush in. Shivani turns to me, but Tanya and I are already backing out. “We’ll give you some privacy. Bye Ram.”

“Bye,” he murmurs distractedly, but he turns towards us and shoots us a small smile. It is the last time we will ever see him again.

We walk out, and I am more numb than sad. All those books, the ones that say people remember every death and every kill with perfect clarity? They’re lies. Everyone blurs together after a while.

I stare at her, not comprehending what she’s saying, though it flickers at the edge of my mind. “Yeah?”

“That means we’re the last generation to ever live on Earth. We are, literally, the last of the human race. And we’re sitting around waiting to die?”

I stop and stare at her.

“Don’t you understand what I’m saying? You have, what, three months to live? And I have four. We know when we’re going to die, Razia, and it’s soon. But instead of trying to do everything on our bucket list, we’re telling little kids to stand in line, and ruining their lives as well. They’re only gonna live for a few more years, they shouldn’t be standing in line. Rules were meant for a time when we had a chance to grow up and break them!”

I think of my bucket list. Join a circus, learn how to surf, open a food truck, write a book, go on a voyage, see Paris, go on a road trip. I will never get a chance to do any of these things.

“Let’s run away. You, me, Aiana and Sahil,” she says, as we resume walking out onto the grounds.

“Run away? Where? We wouldn’t make it out of Bangalore, let alone Karnataka. And how? On foot? We’ll be shot down by the other neighborhoods without a second thought.”

“But at least we would have died trying, instead of sitting around waiting like mindless animals to be killed. And I’ve worked it all out, we should have a pretty good chance of making it out of the city.”

“I want to visit the beach one last time, if that’s okay with you. We can take a car and drive in the approximate direction to Goa. Sahil and I know the basics of how to drive. We’ll manage. Please, come, nah?”

Time passed quicker than it did before. Within a month and a half or so, all the plans are made. We’ve been secreting away food and diesel and water, and just about everything we can think of into a dusty old Innova. We’re going to leave in the early morning, when it’s still dark. The least activity these days is always early morning. We’re still children, after all. We like to sleep late and get up late.

“I’m on the highway to hell! I’m on the highway to hell!” Sahil started it, but we all picked it up in less than a minute. We’re all ecstatic really, since we made it out with barely any trouble. We had to retrace our steps once or twice, when the neighborhood didn’t bother to clear the cars from the roads, and they were still lying there the way they were on the Day.

To be free from all responsibility is an amazing feeling. Saving mankind and all that is now up to everyone we’ve left back at the school, and all the other children in the world. I guess, in a way, we’ve given up, but it feels more like breaking free.

Sahil drives for the rest of the day, talking non-stop for most of it, and Tanya takes over in the night. The world has a very eerie quality at night, especially with the quite stillness, mingled with Sahil’s snores.

Aiyana and I sleep randomly, getting up whenever we feel like. We try to have one person awake with Tanya, but we’re not particularly consistent. Aiyana and I have an arm wrestling match at around three in the night. Or morning, depending on the way you look at it.

In the morning, we’re hungry. The adrenaline has faded away now, and we eat some cookies and bread with nutella from our ample supplies.

I’ve been to Goa many times before, with my parents, and it should only take eight to ten hours at max. But we’ve been driving for over twenty four hours now, which means we are seriously lost. We don’t have a map or anything close to it, so we drive for a few more days, then back track. I’m the only one that has any idea of how to get to the sea, and even that is not specific directions, just vague memories. Windmills and sunflowers, mango trees and mountains.

There’s a nagging worry at the back of my mind, that we won’t find the beach in time. I’m the oldest of us all, with less than a month to live. Then comes Tanya. Aiyana is the youngest, she has almost a year left, but she can’t drive, so she’s effectively dead when Sahil dies. I wouldn’t want to be her, all alone with no one else she knows alive.

We wander about for days on end, until finally, we reach the mountains. We know that after we cross the Western Ghats, the coast is pretty close by. But there are other problems. We’re running out of gas. We had brought a lot, and we refilled whenever we could, but it still isn’t enough. We need to find another gas station, and soon, within the next eight to ten days.

We wind our way slowly up the mountain. Neither Tanya nor Sahil are the best of drivers – they’ve learnt all they know from the three or four lessons their parents have given them, and a bit of trial and error – so we take it easy on the hairpin bends.

Once we’ve reached the relative top of the mountain (it’s hard to tell, really), we have a real picnic, in the middle of the road, with forest on both sides. It’s night when we come to this decision, but we spread out a picnic and eat the best of the food we have left with us, plus some stuff we raided from the local abandoned stores.

“Even if we never find that damn beach, I think I’ll be happy,” says Tanya, smiling at me. We play music from the car stereo and dance and laugh and talk until the sun rises. Then, we cut a cake, and to the sounds of Taylor Swift’s Fifteen, we celebrate my fifteenth birthday.