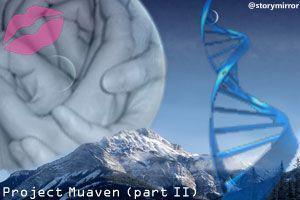 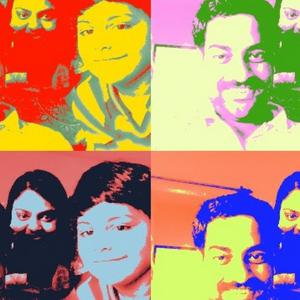 Far away from the humble cottage of Juno lay the sprawling complex of the Federation where 20 thousand people worked. Their leader Tarak was in his large room that occupied the whole of the 20th floor. He stared at a slide on the screen. Daler waited for his comment. Daler was the head of the Project Muavens. He looked at least 20 years younger to his actual age and was quite athletic. Tarak, on the other hand, looked at least 10 years older than his actual age and didn't try to hide his protruding paunch.

"So the first batch will die within this month!" Tarak repeated the words written on the slide. Daler nodded his head.

"Very well!" Tarak said, "Tell me again why you made us indulge in this exercise!"

Daler gulped. Tarak was notorious for losing his temper. Strange things used to happen to people with whom Tarak got displeased. His right-hand man Kishore sat in the corner of the room and he immediately looked at Daler with interest. It made Daler uneasy. Kishore's eyes were beady and quite fish like. Daler disliked Kishore looking at him for then he would have to look in the dead eyes of Kishore and it made him want to puke.

"Sir!" Daler said keeping his eyes focused on Tarak, "There are many things that we learn only from actual specimens. Our labs create an artificial environment and it is not enough for us to learn of the impact of the changes that we have done to the genes of our subjects. This particular experiment will give us loads of data that will enable us to find faults with our original plan and to rectify any mistakes that we might have made. It was decided that we would deliberately create a gene structure that will collapse after a month so that the next batch of Muavens wouldn't have to interact with their predecessors."

"I hope that you retrieve all the data quickly," Tarak spoke dryly and Daler nodded his head eagerly.

"We are tracking each one of the about 2000 specimens quite closely," Daler said, "Each one of the specimen has one dedicated volunteer to study every single minute of its life. We are leaving no stone unturned for this!"

"Good for you!" Tarak said, "The Federation is almost bankrupt now because of this silly exercise! You know very well that there will not be enough money to make a second iteration of the Muavens. You have to fix all the issues now and forever live with the knowledge of watching your pets degenerate into something you will fail to recognize. Just one chance to correct your course!"

Daler didn't reply. He just nodded once, got up, politely thanked Tarak for his time and left the room. He knew what was at stake and he didn't have to be reminded of his responsibility.

Tarak turned to look at Kishore.

"What is the progress of the ghettos?" he asked.

"We have till now targetted 20 villages of the rebels," Kishore said,  "There were more than 800 perfectly healthy specimens that I had handed over to Daler and his team. I gave the order to cull the superfluous ones, the ones who were not healthy or the ones who were old. We have already found 7 more villages hidden amidst the forest of Kanha and we will soon target them."

"Near the banks of the river Kanhaveri."

"Very well!" Tarak said. He closed his eyes and rocked on his chair. Kishore heard the creakings of the chair protesting its load and the thought of the chair breaking down suddenly appeared in his mind but he kept his face passive.

"What about the paradise?" Tarak asked after some time.

"Work in full progress, sir!" Kishore said, "The city will be ready within six months! Work on residential quarters has already begun!"

"How many of them?", Tarak kept his eyes closed but he had stopped rocking his chair.

"What was the original number given to you?" Tarak glared at Kishore whose face didn't show his panic as he fished through the various orders given to him by Tarak. He, at last, found the relevant order.
"720," he said. When he looked up from the screen he saw Tarak beaming at him.

"Any news from Clara?"

"The last update from her mentioned that she has tracked Juno and that she is working closely with him."

"Does he suspect her?"

"She has begun snooping on Juno using some nanobots. Juno doesn't trust her story fully but doesn't hold it against her either."

Tarak seemed lost in his thoughts.

Kishore waited precisely for 30 seconds before getting up and making himself scarce. Tarak noticed him leaving the room but ignored him. He had to go through his plan again. He had to ensure that nothing went wrong with his plan.

Kishore didn't tell Tarak about Juno's plan of sending Shakur to the dome number 12 from where Clara had purportedly escaped. He didn't mean to bother his master about such details. He could easily take care of Shakur. A conveniently arranged accident would take care of it. By the time Juno began to suspect something amiss with the death of Shakur, Tarak's grand plan would already be rolling on. Kishore whistled a tune under his breath. Everything would be taken care of. Everything would be just the way his master Tarak envisaged. It was just a matter of time now.

It was still early morning when Shakur gently woke Puru up.

"Where are we going?" Puru's voice was sleepy.

Puru got up after that and went about his daily ablutions. In the meantime, Shakur and Petya got the kayak ready.

"What does Juno want you to find out there?" Petya asked. She was adjusting the gunny bags across the kayak to distribute weight.
Shakur grabbed her from behind. Petya gave a squeal. Shakur brought his face close to her and then whispered.

"Juno's hut is bugged. When he told me to go to the old dome, he only wanted me to step out of the village. That is why he waited till it was too dark inside so that the tracking device couldn't capture his facial expression."

"And you could see his face?" Petya placed her cheek over Shakur's rugged chin.

"Yes," Shakur whispered. "My eyes get adjusted to darkness much better than others. Now I believe that one of these tracking devices would be soon coming after us. We have to dodge it. For that reason, I have made some preparations. That is why I made you wear these clothes."

Before Petya could ask about how Shakur was planning to dodge a tracking device, Puru came bounding towards the Kayak.

"I am ready!" he screamed and then jumped in the kayak. Shakur caught him mid-air and gently released him with a pronounced "ooof" that made Puru laugh.

"Now don't be like that," Petya chided Puru who instantly became docile. Petya made Puru wear a rain coat and made him sit in the middle of the kayak and tied him to his bench using a makeshift seat belt.

"I want to row too," Puru said, so Petya shifted him to the right and Shakur gave him a small oar.

"Don't lose it," Petya warned. Puru promised her that he would hold the oar tightly.

Shakur tousled his hair but Puru didn't' complain. He was very interested in the fast currents of the river that seemed to be waiting for them. With a heave, Shakur pushed the kayak in the river and a timed leap brought him to his seat. The kayak violently tossed about when he landed inside but before they could recover properly the current of the river pulled the kayak along swiftly.
Shakur used his oar judiciously to avoid the rocks and the rapids. After about ten minutes of tossing the kayak about, the river suddenly became calm.

"What a ride! Wheeeee!" Puru shouted. He had been left drenched by the waves but apart from his ruddy face and his hair, nothing had got wet. Petya wiped his face clean using a towel and rubbed his hair dry.

Shakur was constantly looking behind and all around him in order to spot anything that moved suspiciously. For some minutes, nothing moved. Petya began to suspect that Shakur might have got Juno's message wrong but then she spotted a brilliant flash on the right bank that immediately died down. She caught Shakur's eye and gestured to the general vicinity where she had seen something move. Shakur nodded imperceptibly. Then with a smile, he began pulling the kayak ahead. Soon he spotted the small metallic object that flew on the right bank. The nanobot had taken the shape of a dragonfly and it kept to the shadows but everytime sunlight glinted off its metallic back Petya and Shakur saw a brilliant flash.

Then, when Shakur snapped his fingers, Petya quickly tore open the gunny sack near her feet. She was astonished to see a straw dummy that wore similar clothes to her. In other gunny sacks, she found the dummies that were to pass off as Shakur and Puru. Petya put her fingers to her lips to warn Puru who watched the proceedings with bright eyes. She had to wait till the kayak passed behind a large rock that had been left inundated by the river. She propped up the straw figures quickly. Shakur and Puru had by then jumped in the river. Petya joined them a moment later. She noticed Shakur and Puru heading towards the rock and she began to swim towards them. She kept her movements gentle and slow. Shakur made Puru sit on the protruding edge of another rock and crawled on his fours to check on the nanobot. He had the satisfaction of seeing the nanobot going uninterrupted on its way ahead. He beamed at Petya and helped her come off the river. Shakur had brought a small satchel with him and he took out dry clothes for them.

"Why are we doing this?" Puru asked once. He was the only one with the dry clothes because he was still wearing the raincoat. He waited for Shakur and Petya to change into dry clothes.

"This is like a spy drama," Shakur said as he helped Petya put the wet clothes in the satchel. "We are going back to the village and spy on them."

"How did you guess?"

"She was once playing with some shiny dragonflies but when she saw me looking at her, she pocketed them and gave me a candy. I never found those dragonflies again. Then today I saw one of them following us. So I knew she had sent it to spy on us but now we will go back and spy on her."

"Bravo" Petya called out and thumped Puru's back. Shakur shook his head but he sported a big smile as he turned towards the village and started walking. The day had not yet turned warm.

"Let me know when you are tired," Petya whispered to Puru who nodded his head sagely. They followed Shakur in his wake.