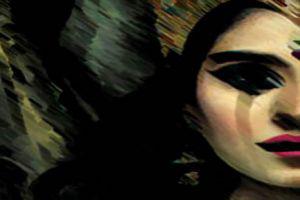 That was it. It settled the matter once and for all. When Ananya was coming out of the house the next day with Diku and Shreekant she could see the forlorn looks of her mother-in-law standing at the doorway with two drops of tears helplessly rolling down her cheeks.
Next time Ananya went to the village after hearing the death news of her mother-in-law. It was all over. They sold off the property, the ancestral house and came back to Cuttack permanently. They purchased a good house and finally settled down there. Shreekant left his Government job and started his private practice.
Today when she was looking at Maa Durga she actually saw her mother-in-law’s face there. She also recollected what Shreekant told her then “Ananya, parents’ tears do us no good. Even God’s blessings get neutralized with parental dissatisfaction”
Lots of questions now raise their ugly head within her. Is what Shreekant told seven years back coming true now? Is that tear of helplessness her mother-in-law shed that day undoing all that she does for her son? Is it working like a curse? Things were slowly slipping out of her hands now and she is plunging into that ever growing pit of helplessness which she had seen in her mother-in-law’s eyes years ago.
Would she never be able to come out of those last tears, would it wash away all that is dear to her?
Ananya was too depressed to answer.
Translated from Odia to English by