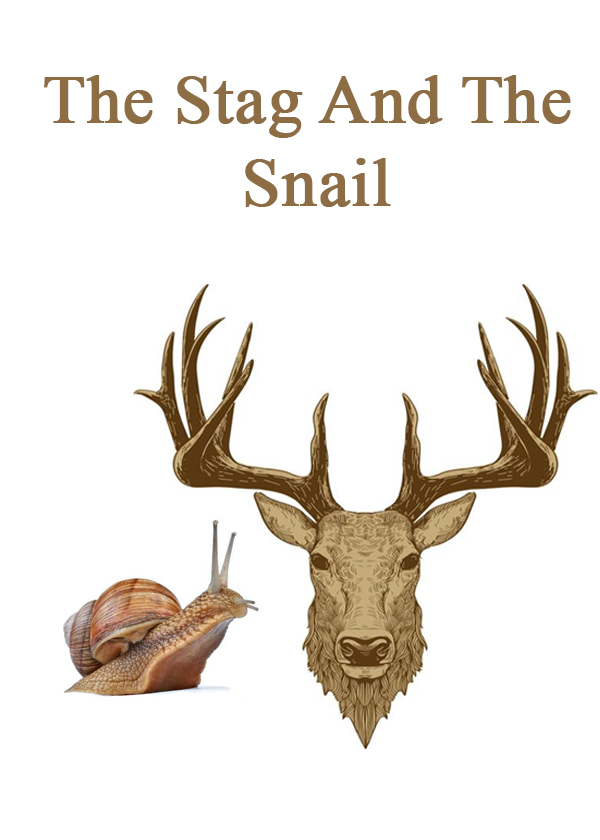 The Stag And The Snail

The Stag And The Snail

A stag and a snail live in the forest. They are best friends. They do everything together. Their friendship is so thick that all the inhabitants of the forest give examples of their friendship. However, one day, the stag had gone to the countryside to do some personal work and at that time, the snail enters his house. He starts a conversation with his wife. He befriends her and starts making friendly overtures to her. The stag’s wife is uneducated and therefore she does not understand what the snail is doing. She is taken in by the snail’s friendly overtures and agrees to a one-night stand with the snail. The snail and the stag’s wife have fun while the poor stag is away.

After half a day, when the stag returns, he knocks on the door of his flat. Both the snail and the stag’s wife are caught unaware. They hurriedly wear their clothes and clear off the bed. They have had their fun on the stag’s bed. They clear the bed and make it as it was when the stag left them. The stag meanwhile is still banging at the door of his house. After half an hour of banging, the stag gets tired and sits down on the staircase outside his house. The stag’s wife opens the door and welcomes him inside. The snail has already escaped by a back door. Therefore, the stag’s wife is alone at home. The bed is made once again and things are as before. Thus, the stag does not know about the snail and his wife’s escapades. The stag sits down on the newly made up bed. He demands water from his wife and tells her about his visit to the countryside. He had been there to take care of their security.

He had taken out an insurance policy for both of them jointly. He had taken the Jeevan Saathi policy, which had the names of both members. He gives her the policy and asks her to put it away safely. He has already paid the premium for it and has done it himself. He has done it because he is not sure until when he can keep the kitchen fires burning. He does not tell his wife the purpose of taking out the policy. However, he asks her to keep it away safely for future use. He is unable to work any longer because he has been abused in his childhood. He knows as a fact that his wife also had been abused in her childhood. Therefore, for both their support, he has taken out the policy. The stag is a financial wizard and therefore, he wishes to roll his money from other instruments and make a living from them.

After talking to his wife, he goes to the kitchen. The back door of their house is from the kitchen. There he finds the snail’s cigarette butt. He knows it as his butt because he knows that the snail smokes the same brand of cigarette. When he asks his wife about it, she does not answer. Then he asks his neighbors and comes to know that the snail had visited his wife while he was away. He starts asking his wife about it. Finally, she breaks down and confesses to her guilt. The stag makes her ask for forgiveness and forgives her. Finally, both hug each other and kiss each other. The wife promises never to go astray again and the stag promises her all the comforts. After this conversation, they live happily ever after. The wife does not bother to look outside of her marriage for solace as she gets everything from the stag.