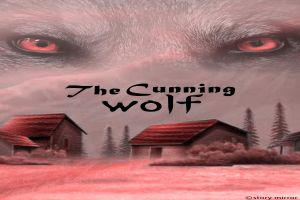 The mother put the sweets in the basket and covered it with a towel. Chunnilal had to go through a forest to reach his grandma.

In the forest, there was a wolf hiding behind a tree. He saw the boy coming with a basket. He followed him. When chunnilal reached his grandma’s house, the wolf also entered the house from the back door. The wolf covered himself in grandma’s sari.

Chunnilal knocked at the door.

Come in, came the reply.

Chunnilal entered the house and kept the basket on the side table. Pretending himself to be the grandma, the wolf said, “sit down my boy”. Chunnilal wanted to drink water. He went to he kitchen and drank water. He said to grandma ‘ I have to return home it will be late in the night, if I delay here.”

The wolf wanted to eat the sweets as well as the  boy.So he took off his sari and was about to pounce on him when suddenly the grandma entered the house with wooden sticks in her hands. She took out a large stick, attacked the wolf and killed it.