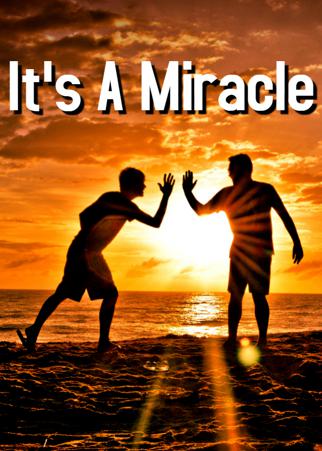 I used to spend the weekends with my cousin Akshay and his family when I was doing my post-graduation. Akki lived with his daughter Minnu and mother Sharada in a cozy apartment in the heart of the city. As today was Saturday, I was in a hurry to wind-up my work. I jumped into my car as soon as I completed my assignments and drove straight to Akki’s apartment. On my way, I halted at a supermarket to buy some sweets for Minnu and also some veggies and other groceries for our ‘Weekend Special’ dinner menu. As I was parking my car in the basement, I saw Akki’s car entering the parking lot.

“Good evening, Akki ji.” I walked up to him and said, “I am surprised that you are home so early.”

“Well, Ma’am a meeting got cancelled. So, I’m here at your service.”Akki said, as the doors of the lift opened."

We stepped into the lift giggling. Two men entered the lift after us. Both seemed to be in their early 50’s.The smile on Akki’s face transformed itself into disgust as soon as he saw them. One of them had a thick beard and bloodshot eyes, while the other was clean – shaven with sandal- paste smeared all over his forehead. Both of them greeted Akki and stood on either side of him as the lift moved up.

“She is my cousin Sanjana.” Akki said as he saw them staring at me with quizzical look in their eyes.

“And Sanju, meet Mr. Raheem Sheikh,” Akki said, pointing to the bearded man. “And on my left is Mr. Subramanyam Swami.”

We exchanged greetings with each other.

“So gentlemen, what’s your plan for the weekend?” Akki asked.

“No plans for me, Mr. Nair.” Mr. Swamy replied in a heavy Tamil accent, “But, I’ve heard that some people are planning to have alcohol and meat. Shiva, Shiva!” He cocked an eye on Mr. Sheikh.

“What’s the fun in singing Bhajans on a weekend? It’s the time to relax and enjoy the way we like. Isn’t it, Mr. Nair?” Mr. Sheikh counter- attacked.

Mr. Swamy pulled on Akki’s elbow and said, “It’s a sin, Mr. Nair. We should not kill a living being created by God!”

“God Himself has created us in such a way.” Mr. Sheikh put his hand on Akki’s shoulder and said, “If it were a sin, then we would have died after having meat or suffered from diseases. Moreover, medical science has included non- vegetarian food as one of the constituents of a balanced diet.”

The tug-of-war continued between Mr. Sheikh and Mr. Swamy went on with Mr. Nair as their rope. Akki looked helplessly at me. It took me an immense effort to prevent myself from bursting into peals of laughter. As the lift opened at our floor, Akki jumped out of it gasping for air. The two gentlemen stomped out in opposite directions to their homes.

“Let’s go out for a stroll.” Akki suggested after we all had dinner that night.

“I can’t walk, my knees are hurting.” Sharada aunty said. “Sanju, always keep an eye on Minnu, she is very naughty.”

“Don’t worry aunty, I’ll take care of her.” I said as I stepped out behind them.

As we waited for the lift two boys in their late teens joined us.

“Hi Abu and Vicky, how are you guys? Meet my cousin, Sanjana.” Akki said as we entered into the lift. “So, when is your college – tour?”

“Abu has to stay back to complete his thesis. And, there is no meaning in going on the tour without him for me.” Vicky said.

“No worries, the two of us will go after our exams and rock!”Abu added.

“Hats- off to your friendship, guys.” Akki said.

The boys went to the parking lot and we walked towards the grocery shop.

“Do you know who these guys are?”Akki asked.

“One is Abdul Raheem Sheikh and other is Vivek S. Swamy – the sons of Mr. Sheikh and Mr. Swamy whom we had met in the lift this evening. The sons of two bitter enemies are best- friends!

A knock at my door woke me up from a deep slumber. I switched on the table- lamp and looked at the clock - it was 1 a.m. There was another knock with much more intensity. I tip-toed to open the door without disturbing Minnu.

“Sanju,” It was Akki, “I need your car. There is only a little petrol left in mine.”

“Where are you going in the middle of the night?”

“I got a call from Abu just now. Vicky has met with an accident!”

Abu was sobbing hard sitting outside the ICU. His left hand was in a cast.

I brought him a cup of coffee and patted lovingly on his head, “Have some Abu, you will feel better.”

He wiped his tears and took the cup from me.

“What happened, Abu?” I asked.

“We were returning after watching a movie. An over- speeding car hit our bike.”

Akki was talking to the doctor while, Mr. Swamy was sitting on the bench in a state of shock. He had only his son for a family. All others were killed in a flight-crash, years ago.

“Abu, are you willing to donate blood?” Akki came rushing towards us followed by the doctor. “Vicky is in need of an immediate blood-transfusion.”

“Why are you asking him? Take mine.” Swamy pounced upon him like a wounded tiger.

“Your blood group doesn’t match his. We have to do an emergency surgery and your son needs blood immediately.” said the doctor.

“Aren’t there any blood-banks?” Swamy screamed.

“His blood- group is a rare one. He can’t wait till the blood arrives from the other end of the city.”

“Don’t give his impure blood to my son. He has done all kinds of sins.”

“Do you know the religion of the blood that comes from a blood-bank?” Akki asked.

“Mr. Swamy, you have always hated and cursed that boy, but still he bears no grudge against you. He is ready to do whatever it takes to save your son’s life. And, you should be thankful to his father as well who is praying downstairs for the well-being of your son.”

Swamy froze as Akki’s words fell on his ears. Doctor took Abu for a blood -transfusion and Akki accompanied him. Swamy walked downstairs like a lost soul and I followed him silently.

Sheikh was sitting on his knees with his jacket spread beneath him. His hands were raised in prayer.

Swamy sat near him and asked almost in a whisper, “Why, Sheikh?”

Sheikh replied serenely, “I called my son and scolded him when Mrs. Sharada told me that he was with your son at the hospital. I asked him to return home immediately and threatened to sever all ties with him if he doesn’t. Do you know what he said, Swamy?” Sheikh took a deep breath and said, “Abba, do you remember that I had gifted you air- tickets for your pilgrimage on your last birthday. I didn’t had enough money to buy them. Vicky had contributed more than half the share to fulfill your wish.” Sheikh gulped and continued, “I do eat meat, Swamy but that doesn’t mean that I’m not a human- being.” He broke down crying with his face hid in his hands.

Swamy hugged him as tears rolled down his cheeks.

The next evening, I was playing absent-mindedly with Minnu when I got a call from Akki.

“He is out of danger now. And you know what Sanju, both the families are planning an outing together after Vicky gets better. Can you believe that? I can’t ….it’s a miracle!”

“If prayers are sincere, miracles do happen, Akki.”

“You are right, Sanju. God has answered the prayers of those boys.”