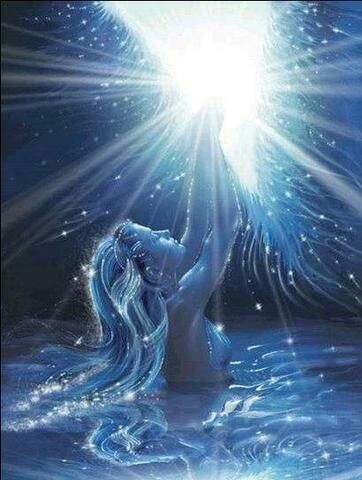 A Spark Of Light

A Spark Of Light

I woke up with a gasp, tears streaming down my face. I was breathing really hard. “It was only a dream, just a dream,” I chanted to myself. I sat upright in my bed, closing my eyes. I could still remember that day so vividly, the day my life changed forever. I no longer understood the meaning of having a family after being betrayed by them in such a manner. I wiped the tears from my cheeks as the memories came rushing to my mind.

It all started on the day my father was admitted in a hospital. My mother left me at my uncle’s house. My uncle and aunt didn’t have a child of their own, so they spoiled me and I had fun with them. I was just 9 years old, and like any other kid was really excited to be there. I was having a good time with my aunt when she got a call from her office. She had to leave immediately but told me not to worry because my uncle would be back soon. She instructed me to stay put, lock the doors and not open them for anyone except my uncle, and I did so without any question. Then I went back to the couch and started watching my favourite anime “Naruto” on the TV. It was getting really exciting when the doorbell rang. I ran to the front window and checked who it was. I could see my uncle standing outside so I unlocked the door and smiled at him. My smile soon fell off when I saw his bloodshot eyes and his evil grin. That was the first time in my life I felt scared of him, scared of my own uncle.

I went back to the couch, not wanting to miss another scene as he made his way inside the house. I could no longer concentrate on the anime because I felt paranoid and a little scared. As I was lost in my thoughts, I felt a hand touch my thigh. I jumped involuntarily and was shocked to see that it was my uncle’s hand. Shocked is an understatement, I was bewildered and terrified. As the seconds passed, his hands slid higher and higher, I stood up trying to get away. I didn’t know what he was trying to do to me but it didn’t feel good. It all seemed wrong somehow. I saw something in his eyes and knew he wasn’t my uncle anymore. The image I had of him as a caring and nice man was shattered.

As I tried to run back to my room, he grabbed me by my arm and pushed me to the sofa. Everything that happened after that is a blur. My clothes were off and I was in really great pain, his hand was stopping me from screaming but tears were pouring down my eyes. I tried pushing him off but he was stronger than me. I kicked and struggled but nothing worked. The only thing I could do was lay motionless like a corpse, a part of me died that day. When he was finished, he turned to look at me and said, “Don’t you dare tell anyone about this or I’ll make it hurt more.”

I was so scared by that time that I just wanted to get away, so I nodded. As soon as he was gone, I cried my eyes out. I held by head between my hands and kept weeping. It hurt so much; I just wanted it to stop hurting. I couldn’t handle the pain. I got up from the sofa and with great difficulty went to the bathroom. I took a shower and rubbed the soap all over my body trying to get his scent off me, I even tried to eat some of the soap because I felt so dirty inside.

That night I went to sleep early and when my aunt asked what was wrong, I wanted to tell her everything. But his eyes haunted me and his words terrified me still. I just couldn’t say a word. I lied about having a headache and went to bed. For the next three days, he kept doing the same thing over and over again. He would touch me when my aunt wasn’t looking and at night I locked my room, scared he would come there too. I cried myself to sleep every night, but now I was afraid to even fall asleep. My dreams had turned into nightmares and I didn’t know what to do anymore.

When my mother came to take me back home, I was so relieved to be getting away from him. But at the same time, I felt disgusted with myself. Even after leaving this place, he never left me. His memories haunted me like a ghost and he was always present in my nightmares. Whenever my mom would try and take me back to that place, I would shout and cry. I was so depressed; I couldn’t take the darkness surrounding my life anymore. One day my mother made me sit beside her and asked me “What’s wrong with my precious little baby?”

I was so relieved that she finally noticed my pain. I told her about everything that happened to me, crying but feeling like a burden had lifted off my chest. I didn’t have to hide it any longer. But my happiness was short-lived. By the time I was finished, I was hugging her so hard, but she pulled me out of the hug and slapped me right on my face. I fell off the bed to the floor. I was shocked and shivering, thinking about why she had hurt me.

“Why?” I asked her with a choking voice. She got angrier and said, “Why? You are asking me why? Your uncle already called and told me about your obsession with him. I feel so ashamed of you. I’m disgusted that you were born as my daughter.” She slapped me again and left saying that she couldn’t even look at me anymore. I stared after her, my own mother didn’t believe me. That was the moment of betrayal that I would never forget. The last spark of light in my life was snuffed out and darkness replaced it.

I opened my eyes and was crying again. I felt the bed sheets shuffling around and when I looked to the side, I saw that Aravind was awake. “Another nightmare?” he asked me and I nodded. He pulled me into a hug, rubbing my back and telling me that everything will be alright.

I still remember the first time I met him in college. I was a depressed and anti-social girl at that time. I barely talked to anyone especially boys. I hated them with a passion. But Aravind wasn’t like anyone else. He tried to talk to me despite my rudeness; he took down my walls and filled me with his brightness.

“Ananya” he said while caressing my cheeks and I blinked my eyes while his were directly staring at me, those beautiful blue eyes. How I lost myself in them, every time is still a mystery! I hugged him and told him “I love you,” and that would never stop being true. He held me and whispered in my ear, “I love you too.” I held on to him like my life depended on it, because it did. I knew everything would be okay despite my past, it didn’t bother him anyway. After all, he loved me and that is all I need. He is the spark of light in my dark world.