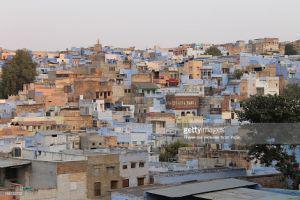 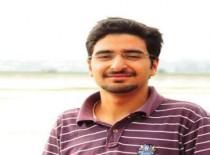 The stage is set. Everyone is buzzing around. You can see the tense faces of the organizers. It has taken weeks of meticulous planning and today is the day. An event of this magnitude has not been held before in this part of the city and everything has to be perfect. Banners and posters were put up weeks ago and the response has been unprecedented. Recognizing the magnanimity of the event even district administration offered to help with the security and general arrangements.

Loudspeakers are bursting with music. People are lining up to witness what promises to be the last step of the tour that has travelled across the whole of the nation. Language might have been a problem at some places, but with a personality as big as this, people tend to show up breaking the barriers of language.

The sponsors have also been gracious enough to support the event. A certain entity has offered to serve free beverages while several others have offered to contribute collective to the eatables that might be supplied afterwards. With people lining up for the left over seats, the organizers are content with the effort. Even the district collector is pleased with the effort his team has put. Although public money and resources have been spent, but how does it matter when you have people lining up to see the glimpse of this event. On the other hand, any shortcoming today would be talked about for months to come.

Finally with music volumes rising, the chief guests occupy the stage. The collector and local politician make their speeches praising the arrangements and commending people for showing up in such large numbers.

Finally, the main attraction. Soft music is played while he speaks and is followed by nicely timed songs to make the people immerse themselves totally. The crowd is mostly composed of ladies and some of the men folk as well who listen with rapt attention. Emotions are soaring high and occasionally, you see tears trickling down the faces of one or two women.

No. This is not some rock star performing with his fancy guitar and shining drums, this is a religious leader holding an event/samaroh/jaagran/call-it-whatever-you-want. Though he is not a musician but people adore him like a rock star and his fan following may even force some of the rock stars to rethink their status. The stage is set according to his theme. Shining guitars and drums have been replaced by lamps, fruits and other eatables that will be distributed as the prashad being ‘blessed by his presence’. Paintings of Gods he prefers to represent are all over the place. He sits in the middle of the stage on a grand sofa delivering his sermons.

This is going to last for three days. For three days, loudspeakers are going to scream to their fullest, children may not get to play as the playground has been occupied. You may get disturbed by the noise but you can’t protest.

Well, because this is India and you don’t interfere with anyone’s faith. You only respect, you don’t protest. It does not matter what the ‘Godman’ says. All he says is ‘religious’ and we are to interpret his words as the divine revelations as he is explaining the scriptures to us. It doesn't matter if he has understood them himself or not. All that matters is that every evening you see him on a national television network with hundreds of followers.

“You don’t get such a following with nothing. You surely have to be someone.” Said a woman I asked if following was an indicator of his truth. I tried talking to few more people, mostly ladies and all of them had similar views so I thought it was better to walk away not that the organizers had noticed me asking ‘strange’ questions to the bhakts.

Well, a few weeks passed by and a television network broadcasted a sting operation featuring this ‘Godman’. I talked to some aunties that I had met on that day, they cursed the ‘cheat’ and said that they had moved on to a more genuine baba whose program is broadcasted all day on a channel he owns. They listen to him for the better part of the day, the only exception being when she has to cook.

I asked her if she tried reading scriptures herself and she replied, “Beta, time kahan hai!”

In case you liked it, you can find more of my work at : https://medium.com/@deepankerkaul See you there :)