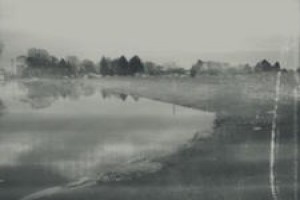 An 18-year-old guy Arjun lived in Santhipuram village near to the Hamsala District along with his father, mother, and a sweet little sister. A small college student Arjun had many dreams of success in his life and he was very happy with his college days. While returning from his college, he used to go to outskirts of Santhipuram village every day.

After spending a couple of good days at the outskirts, he felt relaxed and comfortable with the place he used to visit. So it became his daily habit to visit the place and spend some healthy time. The place was quite silent, filled with greenery and rarely known by people of Santipuram Village.

Whenever he stayed there, he felt a greatly relaxed. The place was something that gave a very close and personal feel to Arjun; surrounded with the chanting of birds, the place was one of the best things that could have ever happened to Arjun.

He always used to spend few times sitting on that big rock by the river shore. It was like Arjun was in deep connection and in love with the place.

A peculiar thing about the place was that a girl often sat on the other side of the shore, which Arjun Discovered after few days.

He thought initially that she is some girl who came to wash the clothes and other stuff, but later he observed that she was quite like him as she loved to come to that place and spend some good time. He felt so happy that someone existed with similar feelings as him. This made him more interested to know her day by day.

One day, he decided to get her attention towards him.  He waved his hand by seeing her. No reply, she turned her face to the other side.

He waved his hand again. No reply.

He waved and waved. She smiled. Waaaaaaa! He felt like he passed in his toughest subject.

She waved back to him. He too waved again and again. This Continued. He thought of moving to the other side of the shore to meet her. But he was afraid and hesitates. He didn't know what she will reply if he said anything. Questions started circling in his mind.

In the meantime, his exams were coming near, so he kept busy with his preparation. His parents asked him to stay near college until exams were complete, he refused and thought about her. But visiting her place was not possible as he was not good with scoring in subjects.

She felt the same and decided to come to the same place. She didn't find him on that day. She waited and waited but he didn't come. She looked at other shore and found no one.....no one...

She felt alone, she felt bad. On the other day, she wished to see him but he never came. She waited and waited. She thought for a second,

“Why am I waiting for a guy who doesn't know about me?”

Who doesn't speak with me?”

“What it is called?”

“Attraction at this age?”

Her thoughts were disturbed by the noise of a bunch guys coming near her. But, she didn't care about them, she turned her face aside and started walking ahead. They came much closer to her. She ran hurriedly.

Arjun finished his exams. He didn't think about it much. He was very eager to visit his place, mainly visit her. When he reached she was not there. He was upset. He waited but she didn't come.

He left from his spot. The next day his joy knew no bounds after seeing her. He smiled and waved at her. And finally, he decided to cross the pond. When he did, she was not visible. He thought she left so he shouted.

“Hey my smiling friend, where are you?”

“Hey my waving friend, where are you?”

Suddenly, the wind started blowing heavily. The leaves were falling from all the trees. He covered his eyes and opened to see her again and he ran to her but didn't find.

“Is this my imagination?”

"I can remember her smile."

He cried, tears rolled from his eyes, he himself fell down on the knees. He closed his eyes with his hands and couldn’t control his tears. Every drop of tears touched the ground. He touched the surface; he touched again; suddenly his eyes went on the surface unevenness.

He could see that there was some difference on the surface; it was uneven. He followed the line of unevenness; it was 5:06 inches long; his bit frightened and stunned heart became heavier. His mind ran over many thoughts. Is someone buried here?

When the guys came near to her, they stopped her, but she tried to move from them. One guy placed a hand on her. She got appalled. Another guy did the same. She realized that something bad was going to happen, then tried really hard move out from them.

But another guy came back holding her tightly. Now she was helpless to move. She started crying and shouted for help but God was not there with her, no one was there with her.

She got away from the guys who holding her back and started ran. Suddenly, she fell down on the ground and could see her blood flowing from head to ground. She got a hit her head with a stone by those guys; she could feel it.

Guys came near to her and surrounded her. One guy tugged down his jeans and his inner wear and came on top of her and tore her tops and leggings.

Her tears rolled down, mixed with blood. She moved her hands to push them but she could not as she was helpless. Her eyes looked up the clouds and looked for God. He might have come and might have saved her from these bastards.

"Oh god...can you throw this brutal away."

"Oh god give me the energy to hit them."

"Oh god can't you see my tears with pain?"

She could see the guy's changing one by one and coming on top of her... He found some stone and sticks, so he started digging the place and found her. She was half nude with many scars on her face, on hands, and on thighs. His breathing was heavy now. He cried out loud.

“What had happened to you my?”

Then he remembered what he had heard from the villagers were correct. When he entered into the village he had heard some news that a girl is missing from few days. A case was also reported but none could find her.

People couldn’t find where she was till now.

God showed me that she was buried here.

To give me pain?

To show how pain will be?

Who did this to her?

Show me God who are they?