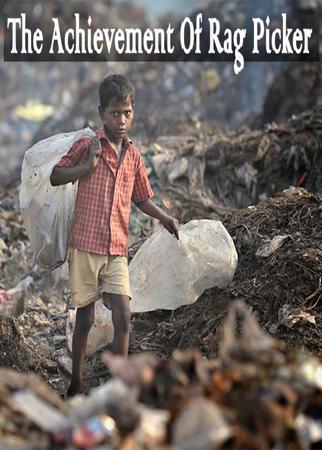 The Achievement Of Rag Picker
★★★★★ 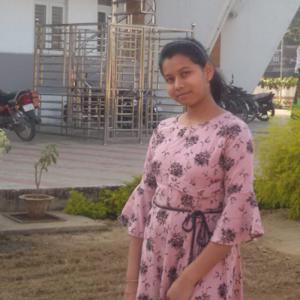 Sarthak was young, belonged to a family of seven in a remote Indian village. The boy joined a money earning activity soon after passing the high school examination. His parents never wanted to see him as a rag picker, yet they agreed to the child’s wish because they did not find the other way.

The family was poor. It was difficult on the` part of his father to manage to feed the children properly and to meet other basic needs. He borrowed money from his neighbours very often. For large amount, he depended upon the village moneylender. The moneylender cheated him and the family had to face heavy burden at the time of repayment. The children were scared to express about their wishes and aspirations before their parents. It was not exactly the fear, but they always wanted to lessen the burden of their parents. People always praised the ideals of the children.

When Sarthak was born, a miracle happened in the family. Suddenly, a smoke with heavenly fragrance appeared that took everyone by surprise. “How can a smoke without fire appear? I do not find an incense stick burning here.”, his father murmured. Everyone remarked that the baby was the God’s gift to the poor family. The boy’s parents had the faith that almighty God would understand their sorrows one day. The newborn baby brought cheers to the family. His parents thanked God for hearing their prayer. They thought that they would not be in poverty any more. Therefore, they named the baby Sarthak. The Indian meaning of ‘Sarthak’ is ‘meaningful’.

The boy always wanted to work somewhere else so that he could earn some more money. He was also in search of a permanent job. He could not get that opportunity, as he had not gone for higher study after high school education. He always thought to do something so that his family would get rid of poverty. He found himself comfortable with being a rag picker because he could not get a better job. He was desperate.

One day he recalled the story that his Grandmother told him while he was too young. His grandmother passed away when he was just seven. The story was about an ant. He deeply thought about how the ant tried to reach the top of the wall to fetch food. Repeatedly, it failed to achieve and fell down on the ground. Still it did not lose patience. It finally succeeded. ‘When there’s a will there is a way’. It was a memorable moment. He decided that he should do something more for the family. He then planned to search a work.

Sarthak went along villages and came across different people. He tried to understand their attitudes and behavior. On the third day of his journey, the boy reached a small village at a distance of twenty kilometres from his home. He felt tired and needed rest for some time. He found a verandah where he sat down by a wall leaning against it just near the window. There, he came to know that something good was going on inside the house. He listened to everything from outside.

It was evening and Sarthak thought that the place would not be suitable for taking rest during night. Hence, he moved to another place with all his outfits that he had packed in the small dirty bag. He found the place right for him. It was a discarded house surrounded by many big trees at one end of the village. He could see that most part of the house had been damaged and it was not suitable for living. He did not want to know anything more about the place than exactly what he saw. Only he had to spend the night there. He placed the outfits on the floor and sat down. Then, he opened the polythene packet given by a woman while he was there in the verandah in the afternoon. He ate up the item packed in the polythene container, as he was feeling hungry. Sarthak had not taken a complete meal for the last two days. He cleaned the small area of the floor by wiping the filth out with the help of his feet. Filth did not worry him because he had always been with the rags. Then, he spread the torn towel on the rough floor and lied down. All through the night he was thinking about what he had heard sitting in the verandah in the afternoon. Hence, he could not have a complete sleep.

The boy came to the same verandah the next day again, tried to go inside the house. Finally, he decided to stay outside as he thought that he might not be allowed. It became a routine for him. Every time he was there, he listened to the lessons from the sage speaking to the small audience of devoted followers. He continued listening from outside sitting at the same place every day.

It was the fifth day of his regular visit. Sarthak did not feel otherwise to be there again. He did the same job. He spared time listening the lessons from inside. He imbibed them. It was afternoon. Suddenly, he could saw a man passing by the street. The man stared at him for some time. Sarthak was shocked to see him and thought to escape from the place. He remembered how his teacher used to be angry with him in the class for a little mistake. This time also he was a bit scared as he thought that the teacher would punish him if he found anything wrong with him. “Am I doing anything wrong? I shall be beaten again – not inside the classroom but here”, he told to himself. But he found the opposite. The teacher wanted to know his whereabouts after completing high school education. As the boy narrated his condition before him, he told him to go with him to his home. He kept him there for some days and engaged him in various activities. The boy learnt many things from him. He had the belief that his teacher’s blessings would make him reach his ambition one day.

A year passed and the boy still had the confidence upon his teacher. The teacher had been a source of inspiration to a lot of his pupils. One day, the teacher came to him and said, “Sarthak, go inside the village and make a list of those who are not happy”. He obliged to his advice and went to every street, visited the places where people usually gathered to spend their leisure. He did his best to come across many people. He enquired whomever he met whether he or she was unhappy. He did not find any of them feeling unhappy. He reached a beggar whom he asked the same question and got the same answer. He was worried – “How can I prepare a list of people who are unhappy?” He decided to come back to his teacher. Suddenly, he came across a rag picker. He had a pale face, hair uncombed for days and his clothes were too much dirty. His body looked like as if he had not taken bath for months. He had come across many such rag pickers in the past. He asked him, “Are you unhappy?” The man replied, “Who said I am unhappy? Every day, I come early in the morning to collect discarded items from streets, get back home in the evening and enjoy with my family with the little amount of money that I earn. This is the life that I have been having for years. I am devoted to my duty of doing my job properly and keeping my family happy. This never lets me feel unhappy”.

The boy changed his mind. Earlier, he had the belief that only those who had huge wealth were always happy. The boy came back from the place and the words from the mouth of the rag picker always echoed in his ears. He narrated the incidents before his teacher. The teacher hugged him and said, “You have been successful in your study, my dear! Being honest in one’s duty makes one always happy.” The boy had no words to express about the contribution of his teacher upon him.

He came back his home and continued with the same occupation. Now, it was not a compulsion, rather he chose not to change the occupation at once because he had been with it for a long time. He honoured his duty as noble and did it with full dedication. A day came he could make huge sum of money. He opened a factory to recycle rags. He did not go to collect discarded items any more but hired many workers to work for him. He decided to utilise the money earned for charity. He opened a school for the poor and deprived children. People praised him for his efforts. He enjoyed his life very beautifully.

The Achievement Of Rag Picker