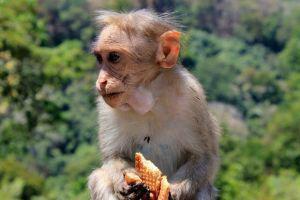 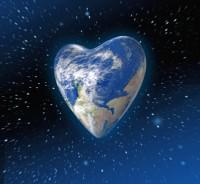 In a forest, a woodcutter was working with his axes and chisel. A group of monkeys in the tree close by got worried by the cutting and decided to move away from that place.

So the head of the group, an old monkey sent a warning, requesting all the monkeys to leave that tree immediately.
In spite of mandatory call that the group must follow at once the head's instruction, a little monkey got curious with the woodcutter and failed to join the group.

After moving some 500 yards away, the mother of the little monkey noticed the absence of her son. Panicked and worried Mother started screaming and running from tree to tree. Seeing her pain every other monkey joined the commotion. The Older Monkey asked the group not to panic and took few older monkeys along with him to the tree where they were before. The distressed mother ran before the leader crying, and everyone followed her.

When they reached the tree, to their surprise, the little monkey was put in the same place where he was before, completely lost in woodcutters action. Furious mother ran and bite him which made the little monkey run away from there at once. Confused little monkey, unaware of what happened, followed the group while every one was looking at him angry.

Sad little curious monkey asked his mother, "Mamma , Why are you not talking to me? Why everyone seems to be angry with me?"
The Mother said, "Chup! don't say a word."

While the monkeys were crossing a stream , the leader called for a meeting. The little monkey was made to stand in the middle while the leader sat on a rock asked, "What were you doing little fellow? Why didn't you respond to my warning?"
Little monkey said, " Sir! I got lost observing the woodcutter! I m sorry".
Leader spoke, "Its very important to respond when you hear any distress call or warning. Whatever you may be doing, your hearing senses must be always alert. If you get lost like that looking at a woodcutter, tomorrow you can put yourself and the group into great danger."
The little monkey pleadingly said, "Sorry Sir! Never will repeat.... hereafter I will be alert."

Happy with his humble and polite reply, the leader decided to announce the punishment. The leader said, :Since the little fellow is sorry for his actions, I m grounding him for next 48 hrs. During this period he will not be allowed to eat his favorite jack fruit. That's the punishment. Now we all can move to the mango farm".

All the monkeys started looking at him angrily, some even said , "Good Punishment". But the mother was sad . She hugged him and said , "My little fellow don't get upset. its only 48 hrs." Hearing it the smart little fellow whispered in his mothers ears, "Mamma, why are you sad? We are actually going to the mango farm, how will I miss out my favorite jack fruit where there wont be any???" Hearing the smiling little monkey's answer, the mother monkey first time realized her son's smartness.

While the leader was talking to some elders, the group started moving slowly. In few minutes there was a distress call from the elders. The group ran towards the stream. Where the leader slipped and his hind leg got caught between rocks. While the Panicked group stared screaming and shouting not knowing how to save the leader, the little monkey jumped and went to him.
He said, "Sir, I know what to do. You just be calm. Hearing the little monkey, the leader ordered the group, "Be quiet. listen to little fellow."
The little monkey said, I' need a wood that can be like a wedge.'
Everyone screamed, "What is a wedge? What is a wedge?"
Little fellow said,
'A thick wood that will have a thin tapering edge.
Every one went looking. Some picked a wood. Some broke stick, tree branch but every one brought something or other.

The little fellow started talking, "While I was on the tree this is what I was observing , the woodcutter used a wedge to widen the gap between the wood. But that wedge was made by iron and he was sharpening it by rubbing it on the rock. Same thing we are also going to do. Everyone sharpen your piece of wood on rock and put it in between the rocks. The wedge will create space and leader can remove his leg'.
Hearing it everyone felt happy. That they all can do something for the leader. In 10 minutes all wedges are ready. The little fellow gave the wedges one by one to the elders and made them press between the gap in the rock. In few minutes, it created enough space for the leader to pull his leg out!!!!!!!
Everyone screamed in joy and praised the little fellow for his smartness. While the mother monkey was in tears, the leader whispered softly to the other elders, "He is your next Leader.!!!"

Moral of the story-
Never kill the curiosity.
Even though you are a genius , respect the elders.
A head should be wise, not biased or arrogant.
Work in a team. Involve everyone.
Share the success.
Mother should discipline her kids, but never under-estimate their smartness.
There is no saying that says, all old men are wise and young one are spoiled.