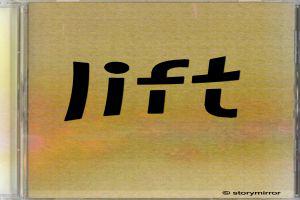 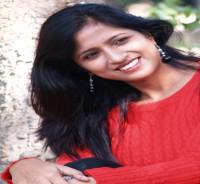 It was getting dark. Neena wondered when she will reach home given the traffic situation. Why was there so much traffic in this city? Roads were giving up under the weight of never ending queues humans on machines, not that the roads were robust enough to begin with. As she turned to get out of the packed parking lot maneuvering verging on miraculous, she saw an old man waving in her direction.

It couldn’t be her, she thought. She kept on driving and the man waved again, saying something she could not hear because of closed windows and sound of radio. She tried to ignore the man, as would any sane person. The man kept saying something and she figured he wanted a lift. The old man had a limp and was walking with the help of a worn out stick. He had used bottle of soft drink filled with water in his free hand.

Why should she be bothered, she thought and sped a little. She had crossed the old man when something in her made her back her car, open the window and ask the old man what he wanted. We never fail to surprise ourselves, she figured. The old man said in a polite and somewhat pleading voice that he wanted a lift to the other side of the road. She opened the door and allowed the man in. For some strange reason, he sat in the back and not in the front with her. Odd, she thought. Though it was a bit for a limping old man to come to other side of the car in order to sit in front. She also thought how Rajesh will raise hell if she told him that she had offered a lift to a complete stranger!

“What if he didn’t have good intentions? What if he strangles me from behind? Why would he do that? That will make the car out of control and what will he gain by that? What if he has a pistol with him and tries to take me somewhere else at gunpoint? The man has a limp and doesn’t look the type… Of course, he doesn’t look the type! How else would he get a lift from a woman?” Neena’s mind wandered to all sorts of grim outcomes, possible and impossible.

“Where exactly do you want to go on the other side?” She had to say something to shut her mind up.

“Oh… the street fruit vendors… to buy some fruit for my wife. She is not that well.”

Another sweet story. Could it be true? What if he is a psycho? What if he leaves a pin smeared with Aids-stained blood on my car seat? What got into me to offer him a lift?

“Really? I come all the way to the market adjacent to where you were standing to buy organic vegetables and fruits. You should buy organic…,” Neena told herself not to break into a speech on the benefits of organic stuff.

“Nooo… we can’t afford that!” The man said as if Neena had asked him to buy gold.

“Yes, organic is a little expensive… you live alone, you and your wife?” Neena had to make small talk, if only to distract him from his deadly mission, whatever it was. Although there was a part of her that believed this was a simple old man just going about living his life.

“Yes, both my sons live abroad,” the man didn’t sound very enthusiastic about the fact.

“Hmmm,” Neena didn’t know what else to say.

They drove in silence for some time.

“Drugs… terrorism… chain snatching… gangs… gang rapes… cannibalism… everything is possible in this city…” Neena’s frantic mind was going on and on flashing newspaper clippings to her.

Then the man asked, “Where do you live, beta?”

Although the question was suffixed with an affectionate term, there was no way Neena was going to reveal her address to a stranger! But she had to say something.

“Ummm… just ahead of this road… sector 48…,” she was as vague as she could possibly be.

There was no conversation after that.

Neena stopped the car in front of a fruit vendor on the other side of the road and the man got out thanking her profusely and showering blessings on her.

“I wish more young people were like you, beta. May God bless you!” with that he limped off towards the fruit vendor.

Neena smiled and got on her way.

She steered the car towards her parents’ place as she had to pick Nikki, her daughter from there before heading home.

They were playing carom when she entered. Nikki was screaming with excitement and her dad was behaving no more than a 10 year old himself. She exchanged a knowing smile with her mom.

“Moooooom!” Nikki ran to her and hugged her. Neena picked her up and her dad was looking at Neena lovingly as he realized she was there.

“So how was the day?” Neena asked no one in particular.

“Oh… it was so good!” Nikki exclaimed.

“How can a day be not wonderful when our doll is with us?” Neena’s dad laughed as started winding up carom.

“We are getting late, beta,” Neena tried to reason out.

“Yes, go home before it is too late, you granny gets very anxious otherwise,” Neena’s dad said, “and anyway I have to go for my evening walk, it’s already late, sweetheart.”

“Have something before you go,” Neena’s mom said. For reasons unknown, her mom always wanted to make people eat, Neena thought smiling, what happiness did she derive from slogging in the kitchen all day and feeding whoever cared to have a bite?

“No, mom, I am full, have had a heavy lunch,” Neena said. Of course, mom wasn’t pleased.

As Neena packed Nikki’s bag, she saw her dad getting ready to go out for his walk. He had a used bottle of soft drink filled with water with him.

“What?” Her dad asked her. Neena didn’t realize she was looking at him lost deep in thoughts.

“Why do you carry this bottle? Don’t you have something better?” Neena asked laughing.

“Naaah… you know how my memory is. I keep losing things. Just leave them here and there. And old age isn’t making it any better. You know how your mom is with her precious branded plastic,” her dad laughed too.

Neena was still looking at him, smiling.

Neena went ahead and hugged her father, more lovingly than she had in years.

She said breaking off, “Nothing.”

Yes, she would like to live in a world where one can help a fellow human being without risking nervous breakdown. A world where she doesn’t have to hide helping someone as if it were a crime, instead tell about it happily to her kids so they are encouraged too. If only it was that simple… She looked at Nikki and wondered if she can allow her precious daughter such a folly. No way!

Still… she found herself praying on the way home that the old man finds another foolish person to offer him a lift back to other side of the road.