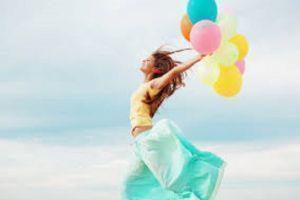 She was thankful to be born again. The world saw a rebirth of a deserving innocent soul.

"Time, the greatest healer, has its own way of breaking up our memories into fragments of minuscule pieces. Pieces, so fragile and delicate that they get swayed in the dust of time and eventually forgotten’’. Life is just the repertoire of those bittersweet memories. Trying to capture them within the caverns of our mind, becomes exceedingly impossible and slowly they begin to vanish for good and are buried forever in the past.

But is it so easy to forget the scars of your life? Or these scars provide the strength to regain, reborn and relive life?

"This is so unladylike".
"Wear a salwar kameez with a dupatta”. I got comments and molested in whichever age or outfit I'm in or whatever time of the day it is. I'm teased as a public property. I am not allowed at midnight. I have to have a male acquaintance wherever I go. I reject a guy who proposed and I invite him to throw acid or rape me. I get married with the best education and values but I couldn't give dowry and I am burnt alive. I give birth to a cute little girl that becomes a fault and that innocent soul is dead.

Why can’t a woman celebrate her own identity?

Why is a woman treated as sex objects only?

From her attire to her lifestyle, nothing is her choice.

When the dusk fell, the roads of the street were dark and silent, battled by the yellow street lights accompanied by an unusual breeze and cloudy sky.

Ashima, in her best attire, walked outside her hostel campus to one of the roads where Aditya, her fiancée was supposed to pick her up for dinner to mark their second love anniversary. She had worn the dress gifted by him on her birthday well assisted by the matching silver earrings and matching sandals. The excitement was building up within her to meet her love for the first time after their engagement. She was talking over the phone with Aditya to kill the silence.

Just then, a van suddenly came to halt beside her with doors opened. She was grabbed by four men forcibly into the car. In a second, the van sped away. She was inside alone with four unknown men with doors closed and her hands and mouth tied. She was screaming at the top of her voice but all she could do was struggling and crying.

Ashima couldn’t recognise them. They appeared as local goons. She was breathing heavily. The guy on her right switched off her mobile. They took away the cash she had. She was begging to leave her. But, she could only watch the guy pressing on her mouth tightly.

She was draining out with eyes half open. Gathering some energy, she inquired about their wants. ‘Who are you?’, She panted. ‘That’s none of your business’, the guy replied angrily. She pleaded that they might have been mistaken but in vain.

She stared at the man having a long moustache and large bloodshot eyes who passed on a bottle of wine to his companions at the back.

‘Please, I beg of you, let me go’, Ashima begged and sobbed loudly. They ignored her pleading and continued drinking. She gained some energy to throw herself near the windowpane to break the glass but nothing was working. Every muscle of hers moved in protest. Her screams were buried under the dumb ears of the goons. They laughed at her. She had become a toy to play with. She was dumbstruck to hear from them about the goon gang and her father being the political rivals.

Aditya was late from office, expecting her to be angry with him but he found none. He had called a hundred times but her phone was off.

‘Come on, Call me’, he pleaded desperately. He reached her hostel but in vain. He contacted her roommates and family but there was no whereabouts of Ashima. The sleepless night, enquiry, tears, apprehensions, fear were all left with him.

A patient was brought in an unconscious condition. The initial tests confirmed rape. She had some gruesome head injuries with a possibility that her head had been smashed by an alcohol bottle.

There was a struggle between his heart and mind praying that that is not her. But, destiny had something different in store. Friends, family and relatives were praying for her. Aditya was restless and cursing himself.

The police were investigating the case. The prayers and medicine were her assets. Aditya was beside her, loving and taking care of her. She gained consciousness and was happy to see her acquaintances. She gave the details about the incident to the police.

Two days later, the politically sheltered local goon and the gang were arrested for this brutal crime and they had to face lifetime imprisonment.

She was brought home. “God helps those, those who help themselves.” A ray of hope. A leading member of the opposition party offered her an unlikely solution, his party ticket to contest for next year elections.

Left with little to choose from, she agreed only to realise that being catapulted to an enviable position of power in all man’s zone comes at a price. Caught between her mentor and her fiancée and host of envious others who continue to cast passes on her, she takes up this step.

She wins the election and becomes the Sarpanch of her area and later becomes the education minister of India and an epitome of inspiration for all women.

She is a guardian light and a brave heart.

Truly, she got a rebirth to have a better life after.

She fought and ruled over her fate and wrote her own destiny with her own hands. She is like a blooming flower that was once plucked and the most beautiful one.  Truly a real hero.

Blooming Of A Plucked Flower !!!