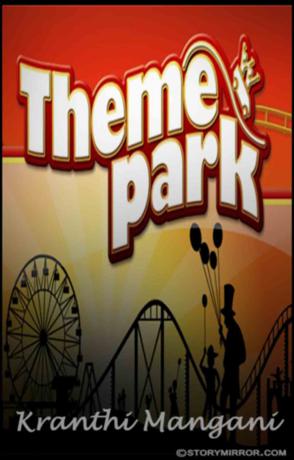 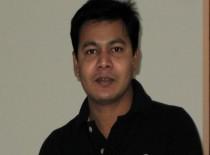 Arjun has been planning this trip with his colleagues for a few months now. But could not make it due to unavoidable reasons. Finally, they decided to go to a Theme park on the long weekend. Arjun booked the tickets online for all of them. Scheduled the visit for three days so that they could cover all the attractions in 3 days and return by Monday evening and join office on Tuesday.

They had the perfect plan when to start, where to stay in the night and what all can be covered each day. Arjun went to get the rental car in a cab on Friday evening and drove back to home. All set to start on Saturday morning.

Finally, the D-day had arrived and started at 6 AM from his place. Picked up all the guys and by 7 AM they reached the outskirts of the city. It was just 30 minutes journey from there to the Theme park. All of them had their breakfast on the way and reached the park by 8 AM.

They had fun in the park until 1 PM when most of them started feeling hungry. As per the plan, they should have lunch in the restaurant which is on the other side of the park. Everyone except Arjun agreed.

Arjun said, ’As the restaurant is very far to walk from here and it may not be possible to come back here just to experience one ride after the lunch. We will finish this and then go for lunch.’

As most of them were starving from the last 1 hour, they did not accept the proposal and said we will use the shuttle to come back again.

Arjun said, ‘Shuttles are so crowded all the time so we may not get one when we want after lunch.’ There was no response from anyone. He realized that none of them have the patience to come and wait in line for the ride. Finally, he said,’ you guys carry on. I will finish the ride and join you in the restaurant.’

In half an hour, he finished the ride and returned towards the restaurant. It is almost 0.5 km far from there. As he was on his way, he noticed a bottle on the ground. He took the bottle and threw it the river and continued his walk over the bridge. In a minute, he was supposed to cross the bridge but all of a sudden he heard a lady’s voice. A young lady was hanging from the bridge railing and shouting for help. To his surprise, no one was trying to help her. He moved fast and pulled her up.

She was still shivering so he decided not to ask too many questions and told her,’ if you don’t mind am going to the restaurant. You can join me and relax there until you are normal.’ She did not say anything in return but followed him.

Both of them reached the restaurant. He offered the seat to her and went to get lunch. All of his friends looked at each other and understood that he is playing a prank on them by pretending that he has someone with him so they decided to continue the prank. Arjun got lunch for both of them and explained what happened. Everyone listened carefully and praised him for saving the lady.

Arjun said,’ it seems you guys finished lunch long back. You guys carry on for the rides. I will drop the lady at her place and join you in a few minutes.’ They said, okay,’ and left. While leaving one of them came to Arjun and said,’playing well, but we got you. Don’t worry. Better luck next time’.

Arjun did not get what he was talking about but was not in the mood to ask any questions in return.

They finished lunch and then Arjun asked her, ’tell me now. Where should I drop you?’ She did not say anything in return. Arjun thought that she is still in trauma so he did not want to bother her again by repeating the same question. He asked her to come with him and they went to the nearest Animal show running in the park.

In 5 minutes, they reached near the show entrance. There were two kids having bananas and offered one banana to him as well. Arjun couldn’t understand why the kids were doing this but he rejected it. In next moment, kids offered all the bananas to the lady and she accepted those. Arjun got surprised why the kids offered all the bananas to her and more surprisingly the way they handed it over was a bit strange.

Arjun asked the lady to go inside and he asked the kids, ‘why did you offer all of your bananas to that lady and why you guys were so excited doing so?’

Kids with a surprised expressed on their faces said, ‘we offered the bananas to the elephant which stood beside you. There was no lady.’ Arjun disregarding their answer repeated the question. Kids replied the same and showed the videotape which they recorded while giving.

Arjun stood there awestruck trying to comprehend what was happening. None of them were able to see and only these two kids in the whole park can see her but in a different form.

Now he got scared and started thinking, ‘Is she a Ghost?’

Arjun got scared a lot but wanted to check whether she is really invisible to the rest of the people in the park. While he was thinking, she came out and called him to come inside to watch the show. Both of them went in and sat together in the last row. Though he is watching the show, his mind wandered somewhere else. While they were watching, one guy came in and about to sit in the next seat to him. Arjun shouted all of a sudden and said,’Hello sir, there is alredy a lady in the seat?’

The guy looked at him with surprise and said, ’what? I don’t see anyone?’

‘Sorry, What I mean is, my friend is coming in a couple of minutes. It is taken’

Arjun got even more scared now and said, ’I am going to the washroom will be back in a couple of minutes,’ and ran away from there without waiting for her response.

In 5 minutes, he reached his friends and said without a pause,’ I saw the GHOST and she is with me now. I am scared. Let’s get out of here.’

‘What?’ all of them replied together

‘Yes, did you guys notice when I came to have the lunch I ordered for two. You did not see any lady with me back then,’

‘Yes, True. We did not see anyone with you.’

‘Now I realized that there was a GHOST with me. She is not visible to anyone except me and two other kids. But those kids see  her in another format’

‘Don’t be scared. Let’s go again and see whether we can still see her or not?’ One of them said but Arjun refused.

‘Ok. We will leave. But there is one last show going to commence in 5 minutes. We will watch and leave,’ one of his friends said.

Arjun deadly agreed to watch the show after his continuous request.

All of them went inside and settled to watch the show. It is an award show.

Though they were all watching the show, the unsettling fear haunted them.
All of a sudden Arjun heard his name in the show. The host was calling out his name to come up on stage. He did not understand what she said just a few seconds ago. He just heard his name and everyone started laughing at him.

They announced few more times and put the spotlight on him to come up on stage. Finally, he got up and walked towards the stage in confusion.

Host asked him ,’Did you hear what I said before you walked in here?’

The host smiled at him and announced all of his friends to come on to the stage. They reached the stage in a couple of minutes.

Host announced, at last ’The best prank award goes to this whole group and I welcome Miss Neena, Rinky and Rahul on to the stage to present the award.’

Arjun did not understand what she said but his friends started laughing at him and in a couple of seconds, the same lady and two kids were on stage while the audience were clapping continuously.

P.s: For those who are still in confusion, it was the prank framed by his friends along with Neena, kids and the other person in the Animal show. Kids showed an original elephant pic which was taken some time back.