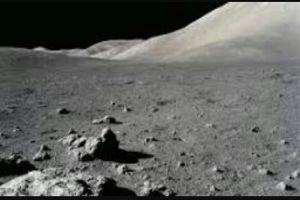 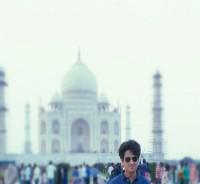 The Moon, Earth's only satellite is all set to become a human's second residence.  Just for the sake of enquiry, one year ago I visited moon embassy in north Delhi, which of course as the name suggests helps people to travel from the Earth to the Moon. I asked them, how could I travel to moon in near future and what things would I possibly require. They said, as for now India is unable to provide such a facility for people to travel from India to the Moon and it will take more than 100 years for India to provide such a facility to a normal person.

My face leaked, because I am a space travel enthusiast, at least that’s what I think I am. Suddenly they said to me, "guess what! kid, you may not have to wait for 100 years, just study rocket science and talk things about space, you can go up there as an astronaut in less than 5 years."

As we all know, atmosphere on the Moon is very different to what we have on the Earth, so maybe after some years on the moon, American guy will be known as a polar bear, African guy will be known as a chimpanzee, I will be known as a human and so on .Soon we will reproduce and then we would have a lots of polar bears, chimpanzees, humans and many other species. As you can see, I have just discovered a living planet for ya! Now, u see, I have discovered a planet in 4-5 years from now. There are still 95 years till normal people start visiting the Moon. In 95 years, there will be life on the Moon. In those 95 years, organisms on the Moon will forget how humans on the Earth look like, how they communicate, how they live, what they eat and all. So, when humans from earth will visit the Moon after 95 years, we will think of them to be aliens, they will land secretly; they won’t talk to us, unless they come to know that we, people on the moon are harmless to them. There, I have discovered aliens for ya! Multiply every single time interval I stated above to a random exponential constant and,  Ah! there, I have just discovered a new planet to live for ya!  Maybe Adam and Eve thought that discovering a new place to live would be more wonderful than the planet they used to live before, a planet biased on the basis of caste, religion, race and sex. Thinking this way is no harm to anyone, I mean you don’t need a passport and a huge pile of money. What harm can you cause, right? But do you think they were right, eh! Mate?

Again But No Gain