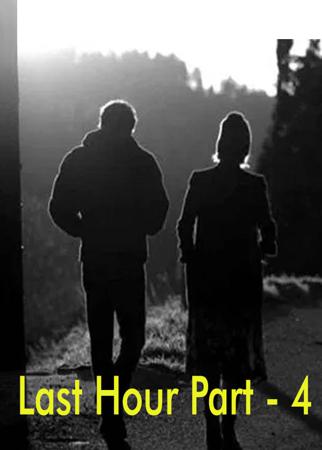 I had reached early at Sister Christy’s place. The other guests hadn't arrived yet. Her house was spacious and beautiful. She had two kids – the elder one was a boy who was six years old and the younger one was the girl celebrating her third birthday today. She was a miniature of her mother and had inherited the same sweet smile from her mother. She took me to her room and showed me her toys.

“She has got a fine collection of dolls,” I said to Sister Christy.

She smiled as she said, “My mother also had a fine collection of dolls when she was a kid. Those dolls are well- preserved even to this day. My mother is no more. Whenever I miss her, I look at those dolls. They make her presence felt. Do you want to see her dolls?”

She took me to her mother’s room. The dolls of that era looked a little different.

“Look…. this was my mother’s favorite. This is a dancing doll. You turn the key and the doll will start dancing.” She said.

“Where’s the key?” I asked. She took out a key from the side shelf.

”I have seen this key somewhere recently.” I said.

“No chance….they have stopped manufacturing these kinds of dolls long ago.”

“Yes….but I’m sure I have seen it somewhere.”

“Mom…. The guests have arrived.” the birthday girl came running towards us.

“Come….let’s go,” Sister Christy said as she hurriedly closed the room. We went downstairs and joined other guests. Soon, the party began which was a blast. As everyone was enjoying the party, my mind was busy pondering over the mysterious key.

“I really missed you a lot,” Ms. Sheena said as we returned from the garden. We were meeting after a gap of two weeks.

“It was hard to spend time without you. Anyway, life was never easy for me. I had to face so many ordeals in my life. Sometimes, I myself wonder how I have managed to survive for so long.” She said as she turned the pages of her album.

“There is an inmate in the second block who has got a magic-box that he believes has helped him survive all the adversities of life” I replied.

“Magic box….?” She laughed in disbelief.

“Yes, I’m serious. But you know what! I found out the secret. It has the picture of a girl in it….most probably his sister.”

“Oh….so touching,” She said as she turned pages of her album which she so often used to do.

“Ma’am….can I please see your album once more.” I pleaded as I was dying to take plunge into the ocean of her memories after an interlude of two long weeks.

“Sure dear,” She handed it over to me.

As I looked at the picture of the boy whom she had loved since her teens, recognition dawned upon me.

“It’s a key….that he is holding. I saw a similar one at Sister Christy’s house. It is the key to the dancing doll.”

“Yes sure it is. He had gifted me a dancing doll. He took a photograph of me holding that doll. Then I took a picture of him holding the key and we exchanged the pictures.”

“Oh… God…” I sat on the bed as the whole world seemed like whirling round me.

“Are you okay, dear?” She was concerned.

“I think….I Know where he is,” I somehow managed to utter those magical words that she had waited whole of her life to hear.

The next day, when I went to Ms. Sheena’s room, it was empty. I guessed where she was and went straight to the second block. She was feeding porridge to Mr. Mathew. His once drooping, lifeless eyes were shining with the light of love. I wondered how she managed to walk this long with her arthritic pain. But then I realized the pain of love has provided her strength to bear all other pains. She had been a lot throughout her life. This was the moment of salvation for her. As it is being said, once you achieve salvation you don’t feel any pain. Then there is eternal peace….

I closed the door quietly and moved on with my daily chores.

In the evening, I went to the garden hoping to see Ms. Sheena, but then also she had company. I kept staring at the lovely couple. Mr. Mathew never left his room except for undergoing medical tests. But today, she had somehow managed to bring him to the garden on a wheel-chair. He seemed to be happy on being released from his confinement into the open air after a long time. He smiled every time the evening breeze patted on his cheeks. Mr. Mathew was quite a dashing guy. Although his hair had turned grey and his face was wrinkled, but his eyes has still retained their charm. Ms. Sheena appeared to me as if she were much younger than her age. Her face was glowing beautifully in the evening sun. All her sorrows and pain had vanished into thin air. She blushed like a newly wed bride whenever she looked into his eyes. She was talking incessantly while holding his hands.

I stood there spellbound by the marvelous reunion of those two tormented souls. I looked up to the sky and thanked Almighty for granting my wish, which was to fulfill her last wish. Their love was still young even after years of separation. There are some wounds that even time could not heal. One among them is the wound of incomplete love, which only deepens as time passes by. I was so lost in my thoughts that I didn’t notice Sister Christy coming.

The ocean was waiting eagerly to embrace beloved Sun into a million arms of waves. The setting Sun was like the same orange-candy that I had seen, when I woke up in the morning.

“Sometimes it is difficult to say whether it’s a sunset or a new sunrise,” I said as I turned away from the pretty couple.