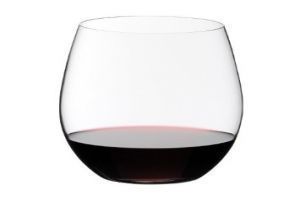 I checked my watch. I knew it was time, but I still checked. The mosquitoes were giving me a tough time in the bushes, and they forced me to wonder that even a skinny body like mine could actually attract somebody. I looked up at the sky, pale as ever, with the moon patiently waiting for poets to jot down her beauty, in rhymes only they understood. I had been waiting for over an hour. Actually, I had been waiting for this night for the last three hundred and sixty-five days. And now I was ready. I was finally ready to accept that some things are just meant to be done, without any questioning or reasoning. It was needed to be done because it was necessary. It was what she rightfully deserved.

My weary eyes were fixed on the bedroom window. I knew I did not have to wait in the bushes for long. The benighted leaves over me formed nightmarish silhouettes against the dimly lit night sky. Silence had never sounded more disturbing. I was sweating profusely, but then again, what I had planned to do was not my regular job. My quivering lips uttered her name for one last time, and I was relieved to see that there was still hatred in my voice, and not some misplaced compassion. My hand slowly crept into my almost wet shirt, and my fingers felt the cold blade that was so anxious to taste blood for the first time.

The lights went out. I slowly climbed out of the bushes. The fence was quite tall, but it was not a difficult task for me. I had always been excellent in sports. I was excellent in almost everything… until she happened to me. A curse escaped my lips. With a swift jump and a few agile tactics, I was soon on the other side of the fence. I noticed there was a faint yellowish light in her room, and then I remembered – she had a habit of reading before going to sleep. She had read to me ‘Treasure Island’, written by someone I do not remember… but I remember I had not fallen asleep until she had completed reading. She had said it was an abridged version, and had laughed cheerfully when I had asked what difference it made.

I paused and shook my head. No! It was not the time to think all these things! She was a mistake. I had spent a year telling myself that. Now, there was no point. It would only slow me down. And I needed to be fast.

The rope I had brought with me was sufficiently long. It took me a good ten minutes to knot it around the narrow floral designs of the balcony. I pulled it twice to check if it would betray me. I was afraid of betrayal. After what she had done, I was afraid to trust anybody or anything. I checked the rope again. Then I looked around. All the neighbouring houses were dark. My hands gripped the rope tightly, and I pulled my light body up quite easily. I knew it would not be an arduous task because one year without hope had transformed me into a mere skeleton with a layer of skin over it.

My feet landed on the marble floor of the balcony. I looked down. It was costly marble. I smiled. For the first time in the cold and lonely night, I smiled. I took my pins and needles out and started working on the lock noiselessly. I would have praised myself as I watched my fingers working adeptly on the imported lock. After five or six minutes, the door opened. And that exact moment, my heart was once again enshrouded in fear. I could hear the pounding in my chest, and somehow I feared, quite foolishly so, that she might hear it too. I slowly opened the door and walked in. The room smelt of fresh lilies. I stood for a moment and took a deep breath to fill my lungs with the mesmerizing fragrance. I remembered how my room smelt of sweat, of pain, of despair. She never complained…but she should have. Yes, she should have, and I would have done everything in my power to take her to a better place. But she did not. She chose to leave. She chose to build sand castles along with me, and then leave.

I tiptoed into her room, although I knew it was not necessary. Her husband was not at home. I walked into her room. I saw her photo on the wall… the same face, that same smile… and then I saw her. She was on her back, reading a book. I took a moment to watch her. Her hair hung lackadaisically down the side of the bed. The lamp was showering light generously all over her face. I felt an urge to run to her, and the next moment the tears that rolled down my cheeks burned my eyes terribly. I slowly walked towards her. Moments later, besides the book above her, she saw something else. Something sinister. She saw my face.

It seemed she had been struck by a bolt of lightning. She almost jumped up on her bed. It was as if she had seen a ghost. I loved that expression on her face. She was frightened. As if she could see her sins in my eyes. I took out my knife.

“What… what are you doing here? How did you come in?”

I put my finger on my lips and hushed her to silence. She was constantly swallowing lumps. I moved closer towards her. The book she was reading fell off from her trembling hands. My eyes caught the name. Treasure Island. Unabridged.

“I have come back to repay you, sweetheart.”

“You had the time to talk. I waited for you. For you to come back and explain. You know… I had even thought of the names of our children…”

She was crying. She was begging. I could see it in her eyes. She was afraid of the man she had once made lofty promises to. I moved closer. My shadow was now all over her. She was trying to scream, I could tell, but something was choking her voice. I bent over her and removed the hair strands from her forehead. “Look at me”, I said, and she slowly opened her eyes. She was finding it difficult to search for words amidst hiccups. I asked, “What did he give you that I could not? Was a marble floor enough to make you leave? Or was it this bottle of wine? Or this comfortable bed?”

She kept on crying. Her body was trembling furiously. She was mumbling something. The only word I could make out was ‘please’. I slowly stuck the knife in her throat and whispered, “You know, I had built my castle. It took a lot of effort and a lot of patience. But nonetheless I had built it, but you decided to trample over it. It was not right, sweetheart. I just want you to know that….that I still love you.”

She could not scream. After my hand had made the swift move, she kept shivering on the bed for hardly a few seconds, and then it was all quiet. The costly bed sheet was white in colour, and so it looked more beautiful now. The irony was, her eyes were still fixed on mine. Blood kept gushing out of her throat, but it absolved all her sins. Now I could rest in peace with the surety that she would never be taken by any other man. Ever.

I realised I was thirsty. But I did not want to have water. I saw the glass of wine, half finished by her, standing as the sole witness to the crime. The bottle had a name I could hardly pronounce. Rich people. I picked the glass up, touched it on her cheek, and whispered, “To love”. I finished the expensive wine at one go. It was delicious. I had never tasted anything like that before. I realised she had more than one reason to leave me. I stood up and picked up the book she was reading. I wanted to keep it with me. No, not a souvenir. Serial killers collected souvenirs. I wanted a memory. A piece of her that only I knew about. I put the book in the small bag I had brought, and the blood-stained knife behind it. I was feeling extremely light now. I felt as if all my questions had been answered. I kissed her forehead for one last time, and was about to walk towards the balcony when I heard a sound. A sound of keys rattling in a lock.

Was it her husband?

For a moment, I could not feel my legs. I had to run, but somehow I could not. Then I heard footsteps. I saw the corridor getting lit. Through the ground glass of the bedroom door, I could clearly make out the shape of a man.

I was feeling thirsty again. Maybe it was the ultimate countdown I was having trying to hear. Maybe I was destined to get caught. But then I almost slapped myself and came back to my senses. I tried to break free from the trance. I ran towards the balcony. The rope was still there. I heard the door unlock. I knew I would hear a terrified scream of a man now.

But to my surprise, I did not. I heard extremely calm and measured footsteps that stopped upon reaching the body. Then I heard something weird. The sound of a lighter. I could not believe my ears.

Was he lighting a cigarette over his wife’s dead body?

Something told me I should wait. Nothing was making sense. My head was already buzzing. I badly needed another drink.

Then I heard the man make a phone call. The words he said struck me like sharp arrows. His voice was exceedingly calm, and if I was not wrong, there was a tinge of triumph in his tone. He said to whoever it was on the other side of the line, “It is done. But listen… it’s done by someone else… I don’t know… she must be having quite a lot of haters, but who cares…. no, no, now no one shall come in our way. It’s murder now, so it might take some time to get the property… don’t’ you worry darling. She would have died anyway, even if the killer had not intervened… you see, I find the wine glass empty… it only means she drank the wine I had poisoned…. It was her last night anyway my dear… What? Oh, of course! To Love.”