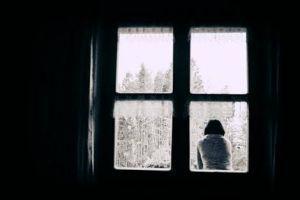 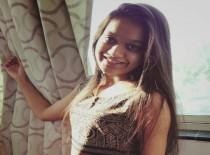 On a quiet winter night; when the sky casts a blanket over the stars, when the moon hides behind the clouds, and thick fog on its clandestine nightly prowl envelops the earth in its arms, it is the stillness that startles one awake. On such a night, I found myself wide awake as I sipped on some hot coffee, gently stroking whisker's soft white fur, whiter than the snow that enveloped our little cottage in a thick blanket of glistening snowflakes. As I looked out of the window, I found myself being transported to a different world, a world where a sea of silence presides. Where trees talk in whispers and the wind blows away sorrows.

As I sat still, holding my breath lest I wake up the soul of an immortal being deep in slumber, I realized a world without words, actions, and movement can be intoxicating. On this still winter night; the world seemed at peace and it felt like time had come to a standstill. I could feel whisker's warm breath against my leg as she purred contentedly, wrapping her tail around my hand and shivering slightly. I closed my eyes as I sat listening to the crackling of the firewood that sent up sparks flying in the air, looking like small dragonflies glowing and dancing merrily in the celebration of life. I felt a strange sensation dawning upon my entire being, it started slowly, making me go numb all over my body, until it felt like the ground beneath my feet was spiraling out of control, rapidly going round and round in circles as I desperately tried to find a firm footing, groping onto anything that would stop me from tumbling into this dark tunnel of unfathomable depth stretching endlessly. I landed softly on what appeared to be mushy undergrowth. Stumbling and faltering at every step to find my way in the darkness that threatened to engulf me from all around, I slowly made my way towards what seemed like an opening. I felt as if I had lost myself in a dream, in a place that could never exist in the realm of reality. Gigantic trees seemed to reach out to the sky with their tall branches, and the rustling of their leaves gave the impression that they were whispering to each other. The sky was painted in a deep hue of pink, and fluffy clouds like scattered bits of wool floated in the vast expanse. Not far from where I stood, I saw a haggard face looking in my direction as if entreating me to come close. With cautious steps I gingerly inched close to this figure, a shapeless mass of hollow bones. I looked at him in pure disbelief, I had landed in the world of those whose souls had departed from the living, breathing world from where I had come.

When he spoke at length, a deep rumbling sound emerged from his frail body making me jump out of my skin. My child; it said, 'The world is our oyster; and we the pearls embedded within. Each of these rosy pearls are fashioned by the vagaries of life, until it gleams and shines bright. Confined within the shell it inhabits, it stays secure. Until, it is taken out and strung together with other pearls. Those are the people you meet in life. With some you fall in love, with others you make enemies. But in the end, we are all strung together to the feeble thread of this universe. Each with a story of our own; of the life we led before we met'.

Cosette and I had our own story etched in the blank pages of life, like the stars you see in the night sky holding on to their little secrets; each dazzling in the myriad hues of its creation; as the stroke of the artist's brush touches upon the canvas of their life. Cosette was not an ordinary woman. Her voice could bring alive the dead from their grave; when she looked up, the earth seemed to bow down and tremble in front of her gaze. And whosoever set his eyes upon her soul, instantly felt the darkness being dispelled from within, warmth seeped through like the soft glow of early morning rays that spreads through the horizon of a dark night sky, warm and steady.

Cosette and I loved each other deeply, until one night fate snatched her away from me and I found myself here, amidst the dead. Always remember this child, 'The horror of knowing that the world will go on forever; as it always has, whether we live or die, makes us more afraid to live than to die. To know that you'd be dead; and would not matter, is easier to live with, than to know that you're alive; and do not matter'. Each night when the sky casts a blanket over the stars and the moon hides behind the clouds, look closely as the snow falls from above. They are the tears the dead shed for their loved ones on earth. And in the morning, on waking up you'll find the earth covered in a white blanket of mourning.

"Meeeoowwwww", whisker growled loudly as she sprang out of my lap jumping on all fours. I woke up with a start, stunned and bewildered at what had just passed. That night I couldn't fall asleep as I tossed and turned in the bed thinking about what the old man had said. I looked out of the window and saw that it was still snowing, tiny snowflakes falling one after the other in quick succession. Noiselessly I tiptoed towards my grandmother's room and peeped inside. She had her back towards the door and looked straight ahead at the open window, tiny flecks of snow scattered in all directions by the wind had settled on the mahogany bed, the wall clock whose hands ticked past midnight, the dim lamp that flickered next to the framed picture, the embroidered curtains, the wooden rocking chair placed next to the fireplace, and grandma's curly white hair that merged with the snow as it nestled on top of her head forming a crown.

On the next morning, I woke up to find that snow had covered the ground outside in thick layers, leaving no patch bare. When I crept into grandma's room, I found that the mist on her bedroom window had vaguely formed the letters 'Cosette'. Her friends used to fondly call her 'Cossy'.