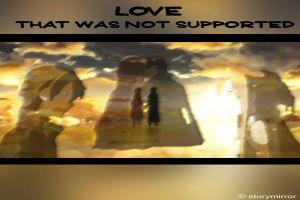 Things were going fine this morning. I woke up and rushed to bath as I was already getting late for my office. Beeping horn of the car reminded me that I was 25 minutes late. I got myself ready in the office type attire. I was running towards the car waiting for me outside my apartment. It was difficult for me to handle the office stuff with my two hands and simultaneously engrossing my fingers in setting my hair. I dumped everything in the car's back seat and front door of the car automatically opened for me. I sat in the car taking a deep sigh and noticed that the guy driving was glaring me with lovely smile. I stopped doing any movement and started to glare him back. It was such a corny moment. We passed many traffic lights from Lajpat nagar to Patel nagar but that romance was still dissolved with the air inside the car. In the midst of colourful time we hit the rickshaw wala like speedy stroke. We then somehow managed to take our eyes, our concentration from each other and came outside the car to help the person. We finally decided to take leave from the office and take the initiative to put this person in doctor's view. We spend probably nice time in helping that man. The weather was brisk and gusty with drizzling of water. We two hand in hand in hand walk through our way to cafe. Spent time in sharing our thoughts, making love through eyes .He was a famous_____________________ guy. Everything was going fine since morning but who knew that end of the day won’t be charming at all. In the stormy night couple of men with white cap came over and in front of me shot the guy with black pistol in between the diameter of his forehead. I was stunned and stood there helpless. No one came over to help us, I was crying, howling, groaning for help in tears. The stains on my white dress can reveal my pain. He was my guy; he was the love of my life. Everything between us was similar except one thing RELIGION. He was famous Sikh guy and I was rich Muslim girl. India where people don’t believe in inter-cast love, where people don’t respect the feelings. People here have respect only for society. Here families think only about their status in society. Day by day the capital of India along with other cities and other countries are becoming so introvert that no one can think to breathe without permission. Who are we to decide that which religion is right and which is wrong? Someone said PEHLE INSAAN TO BANO,, MUSLIM , HINDU , SIKH , ISAI baad mein banna .Yes India is far behind in development , not just in infrastructure but far behind in development of thinking . Foreign government allowed gay marriage and we still don’t approve inter-cast marriage. Grow up guys. When God made the soul he didn’t stamp it with religion. He made it pure. He too believes that love can exist in any phase, in any way, in any form. Then who we are to kill people on basis of religion. Go and find your love no matter what the religion is.

Love That Was Not Supported