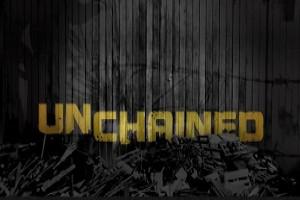 Viraj opened the cupboard and started sifting through the books.  What a collection! From Shakespeare, Elliot  to Khushwant Singh and Chetan Bhagat.  From Premchand, Rajendra Singh Bedi to Kamleshwar and Gulzar.  Novels, story and poetry books, all kept neatly.  This was a legacy from her mother. She picked up a book from the second shelf and was about to close it when the book fell from her hand.  While picking up the book her eyes fell on an old record.  She picked it up.  Lyrics of the song were written on it, “Aaj sakhi moray piya nahin aaye.”

She had heard her mother hum this song often.  It was her favorite song. Viraj felt like playing the record. But from where would she get the record player? She promised herself that she would go to the music shop, where they may play the record and make a CD for her.

Her husband Suren was out of town.  She was alone.  She had a book in her hand but her mind was somewhere else.  She started humming the song. It was late evening. There was stillness around her.  With record in her hand memories started flooding her mind.

It was long ago. She was very young, but she remembered everything very clearly.  She was the only daughter of her parents.  The apple of their eye.  Her father would often go out of town for office work.  She and her mother would sit on the swing and sing songs,  songs that had beautiful lyrics and enchanting music.

Sometimes you like to enjoy a piece of music or concert with someone who shares the same passion with you. She longed to be with her mother.  She wanted to sing songs with her.  Last week Viraj had attended a concert.  She wanted to discuss the songs, lyrics, tune, everything with some one.  She wanted somebody who would listen and understand her.  She missed her mother.

She took out an old photo of her mother and father.  Her mother was smiling in the photo.  How many times her mother had smiled like this? She wondered.  Over a period of time the smile faded and sorrow became more and more visible on her face.  What was the reason?  Father’s flourishing business, new contacts, new friends, new relations and different style of living.  Now her father had become ‘Pappa’ instead of Bapuji. In the new setting, it was not suitable.  She had to change her habit.

Pappa would often tell mother, “You too can adopt the new ways and styles.  Join me in the club.  Don’t be narrow -minded.”  She had once gone with him to the club.  He had introduced her to Mrs. Sharma, Mrs. Mehta and that lady….what was her name… yes, Kadambari.  He introduced her, ‘This is Kadambari.  She works at the radio station.  She is a versatile lady.”  Pappa and Kadambari were exchanging meaningful glances.  Mother felt uncomfortable.  So many people around and they both were behaving in such a shameless manner. So brazen.

At that time I did not understand much, but their talks and raised voices made me feel that something was wrong.

With the passage of time, their fights became a regular feature.  Pappa would often belittle mother in front of the guests.  His disregard for her and constant humiliation made the gap between them wider.  I was a silent spectator.

After quite some time the fights became less, and I became close to my mother.  She took care of me.  She was a simple lady, a misfit in the father’s club group; but, she would go to the club with him sometimes just to give him company.  There she would be left alone.  Father had his friends, business talks and deals to discuss.

Father’s visits to the club were frequent now.  Mother would sit at home alone.  She joined a music group.  She loved music. At home, she worked mechanically, but her eyes would sparkle after she returned from her music sessions. It gave her will power.  People in her group shared the same passion for music with her.  Sometimes her group friends would come home in the evening, have music sessions at our house.

On one such evening, pappa brought his friends home.  Kadambari was among these guests.  He took them to another room.  Mother expected him to bring them to her so that she could introduce her friends to them, but no such thing happened.  She heard him say to his friends, “Oh, that is bhajan mandali.  They sing bhajans.  You will not enjoy with them”. Then she heard everyone laughing.  Mother’s eyes were moist.  That evening she could not sing.

Their personal life took a turn for the worse.  Now there was a very little conversation, mostly limited to, “I am going.”

Once when I was returning home, I saw pappa’s car from the school bus.  Kadambari aunty was sitting beside him.  I wondered at this time where pappa must be going with her?  The question remained in my mind. At home, I told mother, “I saw pappa today.”

“He must be traveling on some office work some place.” She tried to cut short the conversation.  But she looked disturbed.  Once one of her friends told her, “Vatsala, we saw Vipul bhai today.  He was with that lady from the radio station.”

When Pappa returned home in the evening, mother was very upset.  She never said anything but her anger showed in her indifference.  May be she did not want vent her anguish in front of me and the servants of the house.  Her behavior was restrained.  She had suffered a lot.

Once the ladies in the music group  had gone to radio station for a programme.  All were sitting in the lobby waiting for recording.  A cabin door opened and out came Kadambari with lot of pomp.  Suddenly a man came and asked, “Car no. 6364 belongs to who? VIP is coming.  Please remove the car.”  Mother was shocked when she heard the car number.  She wondered whether their car came to drop her and pick up Kadambari every day. She was perplexed.

That night there was a show down.  Pappa told her, “Yes, I meet Kadambari.  I like her company.  You do not move with the times.  You stuck to your old beliefs and culture.  I don’t like your outdated ways.  Kadambari is modern.  She understands me and my desires.  I meet her and will continue to meet her.”

Mother said, “Just  because she drinks and smokes with you in the club, you think she is your  mate.”

At this, Pappa got up, banged the door and went to the other room.  Mother was crying.  I witnessed all of this standing behind the door, something that I will never forget.

Next morning, pappa got up early, made a couple of phone calls, picked up a small bag, told the servant “I am going to Khandala.  Keep them informed.”

Mother came out of the room after a sleepless night.  Our mental state was more or less same; like life after a hurricane.

After a while, she said, “You get ready and go to the college.  Don’t worry about me.  I was trying to hide the truth, but now no more.  May be now I will feel lighter.”  She looked tired but still it looked like she was making a desperate attempt to fight back.

I got up to get ready to go to college.  The phone rang.  I picked up.  Some unknown voice said, “I am speaking from the Highway hospital.  Is this Mr. Shah’s residence?  I am sorry to say that his car met with an accident.  A lady was accompanying him.  Both are dead.  The driver is serious.”

“We are coming.” I said on the phone and turned to mother and informed her, “Maa, pappa’s car has met with an accident.  We will have to go there. Pappa is no more.”

“We don’t have to go.  Inform the office.  Office staff will complete the formalities and do the needful.”

I was surprised to see her so calm.  She had suffered so much and today the forced relationship that she was holding on to had come to an end.  Her struggle to keep up the façade was over.

Viraj looked around.  She came back to the present.  She realized this was nothing but a flash back.  She felt as if mother had called out to her, ‘Viraj beta.’  It was only an illusion.