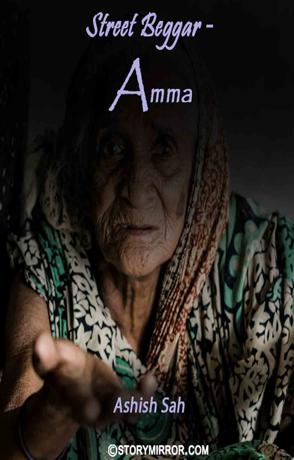 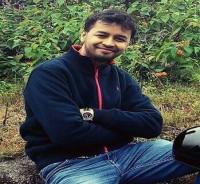 She was an old lady, a Beggar who roams in the entire city and begs for her livelihood. And in the last hours of the day, she comes and sleeps under the stairs of a single story shop situated near the sweets shop at the end of our colony. I never asked her name, nor I am bothered to know her name because we all used to call her ‘amma’. We as children went to her and talked for a while. We never thought about her past? Why is she in her present condition? And where her family is? We all know that she is ‘amma’ of our colony; her dinner sometimes comes from sweets shop, sometimes from my friend’s house, and most of the time from my house. I had more attachment with her than my other friend’s because I am not blessed with my paternal as well as maternal grandmother. Amma always told us, “Children are the treasure of parents and if children are good, than you are more rich than any other person rich in wealth.”

It was the mid of June. One night a person came near that single story shop where amma sleeps and started shouting obscene words, and beating her. Whole of the colony gathered there, but no one said anything to that parson. I was shocked to see so many statues in front of me who were standing hand-tied and watching an old lady in that condition. Who the hell was this person? After 1½ hour of drama, the person left in his car, and everyone came back to take a power nap. It seemed like they all have come from PVR after watching a super hit movie with a happy ending.

“Who is that guy? How rude he was to our amma!” Ajay said.

“But what happened to our parents? No one said anything. Our dads were standing there as if the moms are complaining for a saree to wear for the upcoming festival. And what happens to females? Who have all the rights to fight? Anytime anywhere,” I said.

Everyone was chatting about last night in their own way and according to their age groups, but no one went to amma or asked her about that guy. I don’t know the reason- whether it is so that amma don’t get hurt or because elders already know everything. But children also want to know what the reason is? No one from minors wants to take a step forward and go to amma to ask about that guy. The son of that sweet shop uncle, Akshat, who is 8-9 yrs old, was a very good friend of ours and he used to tell us each and everything. He was the only source to know what was all this about?

Akshat, in his style, told us that the person who was the center of attraction of super hit scene was none other than amma’s son, who was a well known industrialist of our state. No one among us could easily digest it because there was a wide difference between amma and her son.

Now the question arises what happened between ‘amma’ and her son that made amma to live like this. Now curiosity arised in our mind to know the answer to this question.

Amma was slightly ill. She was looking weak and her eyes were swelled like she hadn’t slept since that night. Ajay's dad, who’s a doctor, checked her and clearly told everyone that it would be better to shift amma to the municipal hospital or send her to an old age home situated nearby. But before taking any decision, it was better to ask amma for her will. Amma denied all requests and asked everyone to listen her. That day, I guess, sun had risen from west because everyone, without making any excuse sat near amma's temporary bedroom or near the place where amma sleeps. Gent’s took their seats at sweets shop and ladies, as in old films, sat on stairs. Because of Sunday there was no rush in colony and the shop where amma resides were also closed.

So the stage was all set for amma and her story. She started,“My name is Rukmini Devi, daughter of Javerilal’s, 60’s famous jewelers of Gujarat. In 1958 she was married to Kundan Shah, who was a growing textile industrialist of that time. She had 2 sons and 1 daughter from him. Everything was going fine. but around 1977-78 she lost her husband, and entire Shah family threw her out of the house, and the worst part of her life started. My in-laws fed my children by telling that their mom is a bad lady, she has killed their father. My father also passed away in 1970, so there was no one in my first home. There was no other option than begging for livelihood.  My husband, before dying, put a big farming land in Rajkot in my name. But I m not greedy for that land but my children were. I’ll surely give that land to my children’s but they, in between the beautiful village, was making a textile company, and the farmers didn’t want it. I love greenery and clean environment. So I denied my children’s request & gave it to the village samiti”— that’s the reason why one day or another one of my son or my son-in-law comes to scold me and beat me.

After listening to the dreadful life story of Rukmini Devi a.k.a amma, facial expressions of everyone was like as if an earthquake has passed from there. They were shocked about the reaction of her children towards their mother, who gave birth to them and suffered the pain of 9 months by keeping them in her womb. That day I saw what emotions are. Everyone walked home in pin drop silence like small children, without talking to each other.

In evening, when Ajay's father again checked amma, her temperature was 103oF. He again requested amma to get admitted in hospital, but he got the same answer. Everyone seemed to be worried for amma. Today I saw the humanity hasn’t died, at least in our colony. Akshat's father gave blanket to amma for cold. My mother went to amma with a hot water bottle. One aunty gave Special masala tea to amma. Ajay's father gave some medicines to amma, but he looked quite tensed. My father and other uncles ask about amma.

“What’s the matter? Is something serious?” my father asked.

“I think its viral fever, isn’t it?” one of the uncles said.

“I am worried, but amma is suffering from pneumonia,” Ajay's father told in a low voice.

Next day her condition was same as of previous day. All we children went near amma. She was lying on her bed made of old sack and dirty bed sheet given by akshat’s mother. She told us that she has four grandchildren’s, three out of them are boys and one is a girl. She loves them too much and wants to meet them, but she is not allowed to go near her grandchildren’s. Amma told us,“I know, I am very near to my death but before I die I want to see my grandchildren. It’s my last wish”. And tears rolled out from her eyes. We all took leave from amma and talked in ourselves.

“But how? Do you think, you can do it?" Avinash doubted.

“I’ll make a plan tonight, and we all discuss on that tomorrow…that how to make ‘MISSION SUCCESSFUL’ ….”

Everyone was gathering near amma. Dad and other uncles were on leave from their respective offices. Children were on a holiday from schools. Ladies of society have tears in their eyes. Amma was lying on floor with calmness on her face, like she was relaxing after too many days of restlessness.

“Death is because of extensive body fever and weakness”Ajay's father said.

“Well I think we must inform her son, at least he is amma’s son,” concerned answer comes from one person.

Dad and some uncles went to Amma’s son, but  it was of no use. He didn’t want to touch Amma's body. “For us, she died fifteen years back. Now she is only Rukmini Devi for us,” younger son said.

After this we all gathered and collected money from colony. And performed cremation of Amma. We all children are feeling sad for Amma’s death, but more than Amma’s death, there was one more thing which hurt us, that is the failed mission of making amma meet her grandchildren.

But I think Amma blessed our colony. That’s the reason why all our colony people, whether they are businessman, or servicemen, or children. All are on the peak of success in their own fields.