The Sanctuary Of Pretence
★★★★★ 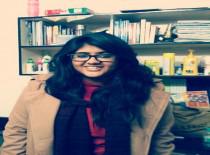 She has become accustomed to the pain. It is almost as though she has begun to enjoy it a little. It has become practically an everyday occurrence now – rather every night, to be precise. The cold terror seems to have clutched her thirteen year old petite frame so tightly that it has become an inseparable part of her very being that she is almost numb to; it eternally hugs her like a permanent second skin that she dons over her abused and scarred natural one. The cuts are tactfully peppered across her perpetually pale cool skin, not visible to the eye of anyone whom she does not want them to be visible to. Since she has complete control over who can or cannot see them – and since she never wishes anyone sees them – no one ever has and no one ever will.

Control. This is what she craves so desperately that it almost crushes her at times. This is what had led her to do this to herself in the first place, to mar her own once perfect baby-soft supple skin. And it is this desire to control at least some element of her life – if nothing but her pain – which keeps her at it, which compels her to do it over and over again, night after night under the covers when she is alone, teetering on the brink of desperation, set to retire for the night and resign herself to the horrific nightmares which haunt her mind and soul. They always come – these nightmares – without fail and they always overpower her rational thinking and leave her a sweaty trembling, sobbing mass, shuddering in renewed fear at the slightest sound, even the sound of the relentless hammering of her heart.

She had been happy once, though it seems like such a long time ago. She had been what she was supposed to be – a carefree little girl of about ten years, with a set of overindulgent parents who adored and pampered her and spoilt her like the little princess that she and every other little girl dreams of becoming. It was when they had left her all too suddenly, succumbing to their injuries in a fatal car crash, that she had known what true pain is – something no ten year old should ever have to become familiar with. Leaving her in the care of an uncle whom she once thought the world of, little did they know what kind of hell they had unknowingly unleashed upon this tiny vulnerable life.

It started almost immediately after he had taken her to his house, calling it her new home. When his wife and little boy were sleeping soundly, he would creep silently into her room, stinking and faltering in his whispered words as he climbed atop her petrified form and hurt her, all the while pressing a large hand to her mouth not letting her scream; not letting her breathe. The whispered threats would follow and then he would be out again taking with him her innocence before returning the next night.

Alone and afraid, it was the loss of control that scared her the most, a loss of control over her own life and all that was happening in it. Fighting frantically to find some thread of control and sanity to grip onto she decided to do what a girl her age knows best – play Pretend. And this is what she does ever since, pretending that she controls what is happening to her and pretending that everything that happens to her happens as per her wish. She pretends she likes the fear, the nightmares and the pain. She pretends so hard that it almost seems true to her as well. Maybe it has become true to an extent. Maybe she really has become more than accustomed to the pain now. Maybe she really has begun to enjoy it a little. Maybe when she picks up the blade after her uncle leaves tonight, she will enjoy creating with it another tiny pattern on the inside of her arm where no one can see it; where it blends in with all the other little patterns she has painted with that blade – her paintbrush – on the canvas that is her skin. Maybe this is how she wishes to tell her story, through these scars and marks, each one telling the tale of what happened one night – and every night since.

The Sanctuary Of Pretence