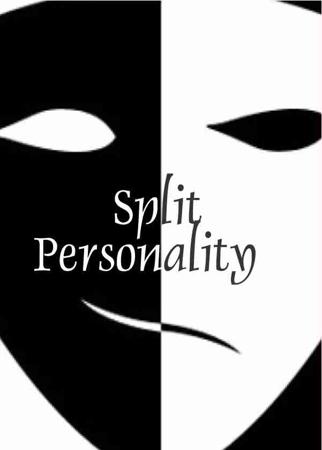 Aniket had joined the Mehta Textiles as a senior manager an year ago. He was as efficient at work as kind hearted and benevolent he was with his co workers. His efficiency and kindness carved a niche in his boss Mr Mohan Mehta's heart who had always craved for a son. But God found it right to bless him with his only daughter Tanvi, whom he loved more than his life. Mr Mehta cared for Aniket like his own son and soon he became like one of the family members. The Mehtas trusted him completely in matters both professional and personal.

Aniket fell in love with the beautiful and vivacious, 17 year old Tanvi at the very first sight. Her stunning face, soft brown eyes and dimpled smile kept haunting him and made him spend several sleepless night. But Aniket found it inappropriate to open his heart to a schoolgirl who was still a minor. On her 18th birthday he proposed to her but she turned him down saying that she was too young to get committed. Though Aniket was deeply hurt but he bore no grudge against her and promised to remain friends with her.

A fortnight passed after the incident and Tanvi had to attend a party thrown by one of her friends at Mekampur - a small town on the suburbs of the city. It was a long drive on a deserted road and her parents were not willing to send her alone. Aniket was roped in to drop her safely and fetch her back. Aniket nodded his approval and Mehtas felt relieved.

anvi dressed herself in a red evening gown and tied her hair in a high bun. She smilingly waved to her parents and set out with Aniket. He drove for two hours and halted at a roadside juice shop.

"Lets have something," he said as he got down.

He went to the shop and got two glasses of orange juice packed. He got into the car and handed one to her. She took it from him with an innocent smile.

Tanvi smiled and gulped it down in a single sip. She smiled triumphantly at him and while he silently accepted defeat and drove the car. They had gone a few kilometers ahead on the deserted road when Tanvi felt her head spinning.

A wicked smile played on Aniket's lips, one that Tanvi had never seen before.

"I'm going to take you..." he said as he removed the pin and her silky brown hair cascaded over her shoulders.

"Where?" She asked confused.

"What have you done to me?" She asked grabbing her head.

"Its just a few sleeping pills," he said as he forcefully pressed his lips on hers and embraced her tightly.

Tanvi could only defend herself by letting out a few muffled screams and hitting him with her hands. Within a few minutes, her hands slid down, her eyelids drooped and she fell unconscious in his arms. Aniket turned the car on a muddy road by the side of highway. His eyes glittered with an atrocious light as he looked at the ravishing young girl sleeping insensibly by his side.

Hours later Tanvi woke up in Aniket's old cottage in the suburbs. Her hands and feet were tied. But the thing that shocked her were those photos that lay scattered on table by the bed in which Aniket was kissing and caressing her unconscious body.

"What if I post them on the social medias?" Aniket said with his own wicked smile.

"Why are you doing all this Aniket?" She wailed.

"Neither do I," Aniket barked, "the only thing I love is success. And to succeed I want to your father's business empire. And for that I have to marry you."

Tanvi was shocked by Aniket's revealations and couldn't utter a word.

"I am willing to do anything to fulfill my dreams and will never hesitate - neither to rape you or to kill you!" Aniket added with a mean smile, "I'm like a son to your father. In case of your death he will pass off his business to me."

"No.." Tanvi was enraged, "I will never let that happen. You have be-fooled Dad and back stabbed us. I'll tear off the mask from your face in front of him and he will throw you out."

Aniket turned to her like blood thirsty hound and tore her gown up to her waist. He slid his hands into her mutilated apparel and she screamed for help. He slapped her so hard that she almost blacked out. Her nose started bleeding but he hit her again rendering her semi conscious. He pulled the zipper down on her gown and slid it down her shoulders. She could feel his hands groping her flesh and his mouth feasting upon her but couldn't move a muscle in protest. After satisfying his lust, he washed her body with spirit to erase all evidence that could incriminate him. She watched him walk away through her drooping eyes leaving her traumatised and torn. He didn't even care to cover her up as if she were a thrown away piece of meat. She raised herself up to wrap her tattered gown upon her body but before she could pick it up from the floor she fainted and fell back on the bed.

A splash of water on her eyes woke her up. She found herself wrapped in a blanket and Aniket was standing by her side.

"No, Aniket ...please don't..." she shivered, fearing another round of assault.

"No Tanvi, don't worry. I won't tell anybody. I found you lying......" he closed his eyes as he thought about the terrible state in which he had found the hapless girl, "....unconscious when I came in. Can you recognize him who did this to you?"

"What...!" Tanvi was shocked and stared blankly at him.

"He must have drugged you before kidnapping and rape so that you don't remember anything," Aniket said lovingly stroking her forehead leaving Tanvi perplexed.

He helped her have a glass of water and nursed her injuries making her wonder whether those where the same hands that had outraged her so brutally some time ago. He gave her his dressing gown to wear and said,

"Try to get some sleep, Tanvi and forget everything as a bad dream when you wake up tomorrow."

She closed her eyes and he walked out after switching the lamp off. As soon as he was gone Tanvi switched the lights on. She jumped to her feet and searched the shelves. She found a file containing his medical reports which said that he was under medication for split personality. Tanvi understood that there were two people inside him. The one who loved her more than anything and the other one who was selfish enough to harm her.

'Aniket was sick and he needed her.' Tanvi thought, 'but what about his other self...she has to protect herself from him.'

She heard his footsteps and hurriedly placed the file back and lay down on the bed.

The Aniket that entered this time was the other one whom she recognised by his wicked smile. He filled a syringe with sedative and walked towards her.

"Now it's time for you to sleep otherwise you'll wake up the whole neighbourhood with your screams."

"Please dont hurt me, Aniket. I'm ready to marry you. I'll do exactly as you say."

"How can I be sure that you won't deceive me once you are back home?"Aniket said as he sat upon the bed and placed the syringe on the bedside table.

Tanvi looked straight into his eyes and said, "I love you, Aniket."

The wicked smile faded and his eyes filled up with innocence as he said, "I too love you,Tanvi and I don't care if someone has tarnished the purity of your body. It's your soul that I love."

"Don't cry, Tanvi," Aniket said as he moved towards her. He slid her gown down her shoulder and planted a soft kiss on her neck.

Tanvi closed her eyes, picked up the syringe and pushed it into his neck. She ran out of the room and drove his car back in which he had brought her there.