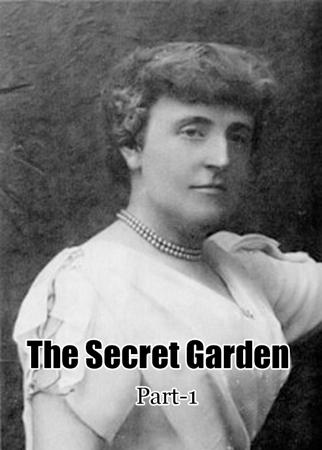 Mary Lennox was spoiled, rude and had a bad temper. Because she was

often ill she was thin, with a sad face. She complained a lot. No one liked

This was not really Mary's fault. She lived in India with her mother and

father, but she did not see her parents very often. Mary's father was busy

and was not interested in her small daughter. She left Mary in the care of an

Indian nanny, called an ayah. Her ayah let Mary do what she wanted

because she didn't want Mary to cry and irritate her mother. Mary soon

there was something wrong. She heard strange cries and shouts and the

sound of feet outside her door, but no one came to see her. She went back to

Later, when Mary woke up, the house was silent.

She heard nothing. Mary was angry because no one came to bring her food

or to dress her. Suddenly her door opened and two Englishmen entered.

Mary looked at them angrily.

'Why has everyone forgotten me?' she asked. 'Where is my ayah? Why

does no one come?'

'Poor little kid,' said one of the men. 'There is nobody here.'

that the servants were dead too, because of a terrible disease. That was why

the house was so silent. Mary Lennox was completely alone.

There was no one in India to look after Mary, so she went to England to

live with her uncle, Mr Craven, who lived in a big house in Yorkshire, called

disliked Mrs Medlock immediately. But this was nothing new, because Mary

Mrs Medlock did not like Mary. She thought that the little girl was bad tempered,

rude and plain— and she was right.

During the long train journey to Yorkshire, Mrs Medlock told Mary about

the house where she was going to live. It seemed very large and gloomy,

and it was near the edge of a moor.

'There's nothing for you to do there, and your uncle is not interested in

you,' said Mrs Medlock. 'He's got a crooked back. He was a Sour young

man until he married.'

Mary listened more carefully now. She did not know that her uncle was

'His wife was very pretty, and he loved her very much. When she died he

'Yes, and now he likes nobody. He's away most of the time, so you must

It was dark and raining when they got out of the train. They travelled to

the house by horse and carriage, but Mary could see nothing outside

because of the rain and the darkness of the night.

'It's miles and miles of land,' replied Mrs Med Jock. 'Very little grows on it,

and nothing lives on it except: ponies and sheep.'

The carriage stopped at last in a courtyard. A butler opened a heavy

'Take her to her room,' he said to Mrs Medlock. 'The Master doesn't want

to see her. He's going to London tomorrow.'

Mrs Medlock took Mary upstairs, along many corridors to a room with a

fire burning in it and food on the table.

'Well, here you are,' said Mrs Medlock. 'This is where you'll live. This

room and the next is where you must stay. You can't go into the other parts

of the house. Don't forget that.'