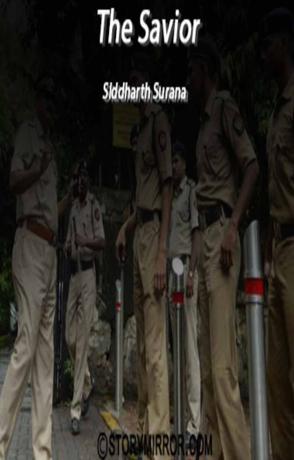 The hazy faces around began to become clear under cacophonous white lights of the hospital ward, as he slowly opened his eyes. "Raghu Beta…" cried out his mother who, it seems, hadn't slept for a minute all the night. He tried to get up and reach out to her, but 'Ouch!!' it hurt. He realized that he had bandages on both his hands and legs. "Where am I? What's happened to me?" Even as he was enquiring, he saw Hari, his friend, lying on a bed next to his'. Hari looked in much better shape, wide awake and with lesser bandages on his body. In a flash, yesterday night's events started to roll in front of his eyes.

He and Hari were returning from Bandra after a late night movie show.  "It's such a thrill to ride high-speed on a highway in the middle of night!!" Raghu exclaimed as his Apache RTR-180 zoomed past Reclamation on to the Western Express highway. "Careful dude, don't you think we're going too fast?" Hari meekly uttered as he looked over Raghu's shoulder, the speedometer crossing 120. As usual, Raghu bullied him, "You're such a sissy, Hari. Don't panic, nothing's gonna happen to you. You're with 'Raghu the great': champion biker of the college."

"Hah!! Fogget it, you think those morons can ever catch me?" Raghu yelled and went full throttle.

As they were descending the Andheri fly-over, there was this pot-bellied traffic policeman at the signal ahead. "So much for your fear of these dumbos, now look what I do to him." Raghu sped past the red light, the cop tried to come in the way to stop him, but had to move aside as the bike didn't slow down.

Feeling triumphant, Raghu stuck up his middle finger in air and turned around his face to see the expression on the face of the policeman. "Thamba, Pudhe tanker aahe…" the policeman shouted. Hastily, Raghu looked ahead to see a tanker stalled in the middle of the road, he jammed the brakes with full force but it was too close and the bike was too fast. "Bang!!" Raghu's bike rammed into that monstrous piece of metal. Hari managed to jump-off just in the nick of time. What happened next, Raghu was unable to recall.

"A couple of fractures in your right hand and right leg and few cuts at some places...nothing major to worry about." said  the doctor who came out with the x-ray reports. You were bleeding heavily. Had you been lying there any longer, things would've been difficult. You must thank Mr Kadam who brought you here in time." Raghu rolled his eyes to see a pot-bellied man silently standing close to the wall and smiling. He realized it was the same policeman who tried to stop him at the signal.

He closed his eyes again, for he could not bring himself to look his savior in the eye.