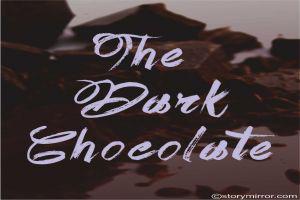 It was an eve of Christmas 2014. I was waiting for the boarding to start. Sitting all alone on a Christmas eve was quite unusual for me. Suddenly I noticed breathtakingly beautiful Muslim woman, pure white as snow wrapped in total contrast black burkha... As I was sitting alone, I thought of peeping into her sad space which was clear from her poignant face. With a thought of making her smile, I started the conversation,

The vibrations of sadness were badly tickling me, sob face on a Christmas eve was not acceptable. So I took out a chocolate from my handbag and offered her the same. Astonishingly that women said with ferocious eyes, "No chocolate please."

In no time, her eyes were filled with the tears And she started howling uncontrollably. After making her drink some water, I explained to her that I was trying to help her, not to offend her. And asked what was wrong and why she reacted like that?