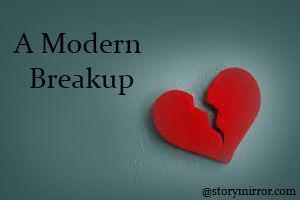 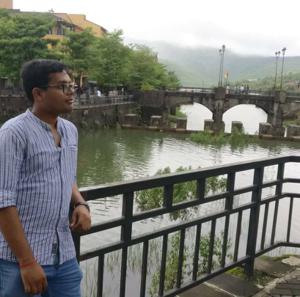 Sorry but I seriously need to talk to someone nd I couldn't find anyone else who knows my case better. So even if ur not interested, just bear me for a while.

Today I went and passed through damini's house twice in hope that she will see me. I saw her twice but she didn't see me, and when she didn't see me I came back, I noticed she has become even more beautiful and graceful. I was on my motorcycle when I saw her walking down the street towards her home. I passed her and came to a halt at some distance further down the street. She was dressed in blue jeans and red and white checkered top. She didn't see me, all she could see was the back of my head; as she came closer, my heart started racing harder, thumping against my chest as if trying to get out of the confinement all the while feeling a dull pain that it could never have what it is craving so desperately. She was almost at my side when I pressed my cellphone on my ear pretending to be on a call in hope she might notice me standing there and I will act indifferent while talking to her giving her the clue that I'm over her. But it never happened.

I kick started my motorcycle and sped forward passing her on the way.I stopped at a distance far from where she can see me and I turned and sped towards her. She was walking down the street towards her home, her lips pressed together as if she was contemplating something, her cell phone pressed upon her ear studded by a beautiful earring which complemented her fair complexion. As the sunlight fell upon her face, I witnessed a breathtaking view. Her eyes sparkled its natural jet black colour which contained a pleased look. Her head was bent down a little. She was talking in a soft voice. She was enjoying the conversation with whomever she was talking to on the phone. I smiled to myself as the probability of who she might be talking to hit me. I passed her again, that dull pain increasing, heart thumping. She didn't see me.

But this action itself was questionable. Why did I needed to do all this?  I didn't know why I was doing this, it was as if my body wasn't listening to my mind.

I do not know. I know that its stupid. I guess I just wanted to show her that I'm over her. The opposite of love is not hate, its apathy. But clearly I wasn't over her coz I hate her. I was not able to understand how can a person get over someone for whom he'd laid his heart out.

I know all this is pathetic! I'm a rational and objective person and I dislike that I'm feeling these stupid emotions lately. I'm writing this in hope that this will finally get me over her. I just want to get rid of her once and for all.  Also I cant understand that how can a person go from saying she loves u very much to breaking his heart so brutally knowing fully well that he loved her since childhood. You know fantasizing about her was my favourite past time when I was a kid? Wondering how her hair smells, roses or lilies, how will she look if I put daisies, her favourite flower, in her hair, what would it be like to kiss her like they show in those movies which are in English!

You are aware that the relationship went on for about a year. After which, because of her I went into depression! I wonder hw girls can be such bitches!

I know I'm not like other guys, I have difficulty with people, and emotions and letting things go. My nature to expect good from people became nothing but a disability. She knew all that. I already was going through so much problems and her breaking up with me pushed me over the edge. Depression made me a mess, I couldn't sleep, I couldn't eat. I tried to date other girls but that one breakup screwed me up so much that I became afraid of opening up and 'connecting' myself to anyone.

Up until now, since this year I thought I was completely over her, I was indifferent. I was apathetic, after that last straw  when she posted a photo sitting with her friends in a restaurant, sitting in close proximity of her ex, the one before me. I didn't care for a while but now I can't seem to understand why the sudden reawakening of those same feelings. I guess the first one, is bound to make a lasting impression on you. I guess, you can't get rid of the memories but you can change how you feel about them. I was able to remain indifferent throughout this year, it was a beginning, I will do it again, and this time I think it will be more lasting. I guess that's how it works, isn't it? I also know its of no use and its idiotic, I mean hell its been 4 years now since our relationship ended!