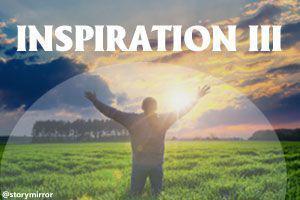 “Of course I do, who doesn’t miss their ex after a breakup.” He said, pretending to be okay.

“No” he said and smiled at me.

“Because I never left” he said.

His words left a very deep impact on me. We both were going through the same situation. We both got dumped. The difference was just that I wanted to go back to a person who’d left me in the middle of nowhere and he didn’t want to, for he knew it would only break him further.

“But you know what..?” he continued, “After the breakup, I got calls from her asking forgiveness from me. She wanted to be friends and I accepted because since 4 years there wasn’t a single day when we didn’t talk. I accepted just because it was difficult for me, than it was for her. We used to talk after our breakup, but every time she would end up apologizing to me. I wanted to just hug her at that time and say that it’s okay. But the insides of my mind didn’t allow me to do so. I knew eventually it would end up breaking me apart further. So, I stopped. Stopped talking to her. Living without her hurts me even now, but I don’t want to waste my love, loving someone who isn’t meant to be with me forever. I don’t know what shall I call you, so, I will call you a kiddo. So kiddo, stop caring about him. One day, it won’t even matter to you. Start living your life, and one day he’ll realize what an amazing girl he had lost. But, don’t just live your life for that day, it will come when it has to. Until then, enjoy being single, unless someone really amazing comes into your life and proves that it’s not worth being single anymore” he said and widened his teeth at me.

He was an inspiration to me. We both were going through the same situation, but we handled it differently. From that day, I promised myself that I won’t be getting upset for whatever has happened in the meanwhile. Because now, I didn’t want someone transient as I would rather wait for my perpetual one. I just hope that this wait would be worth it.