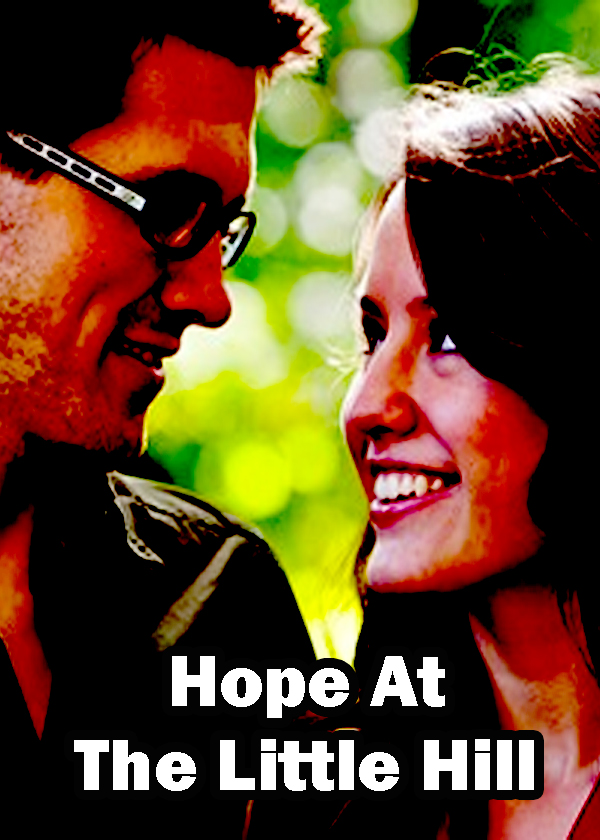 Hope At The Little Hill

Hope At The Little Hill

Today, when Ayesha climbed the little hill, two drops rolled down from her eyes on her reddish cheeks as she saw her beloved husband waving his hands from trans border, standing on the mound of the village. She came today as usual to satisfy her eyes with a far view of him but unlike other days frustrated and depressed, now she had lost all her hopes of meeting him because once again her application had been rejected. She had a look at her husband and wept, all her efforts were in vein, she had been doing rounds of government offices to get permit to visit her husband in the village near by that is in the neighboring country. She again saw him waving his handkerchief and kept looking at him and didn't realize when she got engrossed in her thoughts. The scenes of the time of her youth and newly married life began to rush through her mind. It was a cool summer season of Kashmir when she was married off to a handsome, smart and down to earth man of her village who had just returned to the village in the valley after graduating from a well known university in Delhi. His father was proud of him and at the marriage ceremony he looked so happy and pleased. He was nervous and was being married without his consent but he bowed to the order of his father and did not speak even a single word.

The scattered thoughts were passing through Ayesha's mind like the un-arranged scenes of a movie. She remembered her friends who were preparing her for the marriage. They all were cracking jokes and pinching her enjoying the moments of preparation. On the acts of her friends, some times she was smiling and some times she was staring at them, feeling like hitting back. She was among a few most beautiful girls in the valley but today in her bridal dress she was looking even more beautiful and stunning like an innocent angel who had just landed on the earth from the heaven. She was in her mid teens, not knowing the reality of marriage however had some feelings, some emotions and some thoughts about the strange man she was going to be married off for the whole life. She had seen him and had played with him in her childhood few times but when he was in his early teens left for Delhi to study in a school and then college, and since then she saw him only occasionally. She never had any feelings for him or for someone other, but when he became her fiance, she began to feel something for him and he became the prince of her dreams and gradually she fell in deep love with him and got emotionally attached to him but she felt hurt when came to know that it was all without his consent, any ways she got married to him confused and afraid of meeting his hate and anguish.

The hands of hour and minute in the watch had reached twelve and the girls and women of the village had left the room, which was decorated beautifully for this especial occasion and she was waiting the prince of her dreams fearfully not knowing what would happen, how he would react and how she would face him, and then the moments of patience testing wait came to an end when she heard some noises and teasing voices of women at the door and finally there he was at the doorstep. He entered the room hesitantly saying assalmalaikum and and walked up to the bed, then asked her very politely and in a loving voice “may I sit on the bed” she nodded positively and then he showered all his love and blessings over her and told her that she was the only girl he had ever loved in his life. For a whole month they could not keep their hands off each other and they were at the peak of love and emotion, he took her to the famous Dal lake many times and they navigated on it for a whole night in the light of full moon like other couples talking of love. He was a good artist and he showed her some pictures that he had made in his college life and then made some beautiful picture images of her on his canvas. The two were happy with each other living the life of love, pleasure and happiness and then it all happened that split them apart and made their life a hell.

The sun was on it’s way to the west, it’s light was getting dim gradually and people were returning from their gardens, orchards and grazing fields to their homes. She was waiting for him more eagerly than usual keeping her eyes on the door as after the marriage for the first time he was to be away from her for a whole night to attend a marriage ceremony of his relatives in a near by village. He returned from his apple garden and found his younger brother waiting for him, he was ready to leave for near by village to attend a marriage ceremony. She did not want him to leave but he had to go as it as a marriage ceremony of one of his cousins whom he could not meet since he got married. He prepared unwillingly and left with his younger brother as the sun set leaving twilight behind. Helplessly she remained in the house but afraid of something she was not sure about. Half of the night passed but nap was far away from her eyes and she was just turning on her bed thinking about him and then at once she heard some harsh and deafening voices of explosions and firing she feared and felt need to resort to his solid chest but what to do. Her mother in-law and father in-law too woke up and came to her fearing and shaking, they sat on the bed and were afraid and knew that the tensed situation about the border sharing between these two neighboring countries that have just got freedom turned in to a war.

The war continued for many days during which she could not get any clue of him and then one afternoon firing and explosion stopped and it was announced on the radio that the two countries had reached an agreement to stop the war and to draw a line of control. And later they came to know that the line of control was drawn between the village where she lives and the village where he has gone to attend a marriage ceremony. The border security forces of both countries were on vigil and it was impossible for the inhabitants of both sides to cross the border. He was in that village and she was in this. Many times he tried to break through the border but caught and thrown in to jail for months. From that day she had been climbing this little hill every morning to wave at him and to keep her hopes alive. She had been doing rounds of the government offices and had applied innumerable times to get permission to visit the village but always rejected for some region or the other. Firstly her own parents and parents in-law were with her to accompany and console her but over the years they passed away one by one, and she left alone to struggle and to wait but success did not come on her way.

She came out of her thoughts when she heard the chuckle of the village girls who came here for grazing their goats and considered her sort of mad woman due to her gloomy face and sad love story. It was time for her to return as the clouds had cleared the sky and the scorching light of the sun had started falling on her. She waved to him avoiding the gaze of the girls and then returned to her home. She entered his beloved’s room after a long time and cried out as she has lost all her hopes now. She saw her beautiful old pictures sticking on the wall and sighed. It has been long fifty years since the war separated them. Now her beauty was gone, and she had a wrinkled face, dry hands and week feet. She never lost her hopes but today she felt helpless with no hopes.