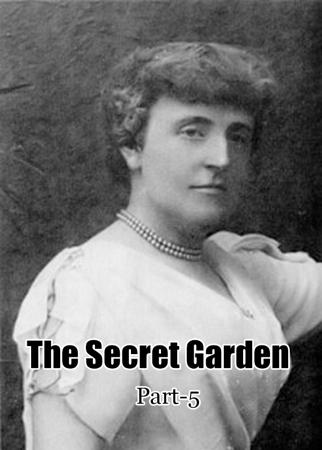 'Then I must be your cousin,' Mary said. 'Don't you know that I came to

'Because I am afraid that people will see me. I won't let people see me and

'Why?' asked Mary. She felt more puzzled with each moment that

passed. 'Because I'm always ill, and I must stay in bed. The servants are not

allowed to speak about me. My father won't let anyone mention me. He's

afraid I'll grow up to have a crooked back. My father hates me because my

mother died when I was born.'

'Have you always been here?' asked Mary.

'Oh, no!' Colin replied quickly. 'You must stay and talk to me.'

Mary put her candle down on a table near the bed and sat on a chair. They

talked for a long time. Colin wanted to know all about Mary and about her

life at Misselthwaite. He told her how unhappy and lonely he was, even

though he was given anything that he wanted.

'Do you think you will get well?' Mary asked.

'I don't suppose I will,' Colin answered. 'No one believes I will live until I

grow up. Let's talk about something else. How old are you?'

'Because when you were born, your father locked the garden door and

buried the key. It's been locked for ten years,' Mary answered.

'It was the garden Mr Craven hates,' said Mary, nervously. 'He locked the

door. No one knew where he buried the key.'

'It's been locked for ten years,' Mary said, carefully. She did not want him

to know that she had found it. But it was too late to be careful. Colin was

very excited at the idea of a hidden garden.

'I will make them open the door,' he said.

never be a secret again. If we find the door one day, we can go inside and no

one will know about it except us.'

'I would like that,' said Colin. 'I've never had a secret before.'

He was tired from talking, and as he fell asleep, Mary went quietly away.