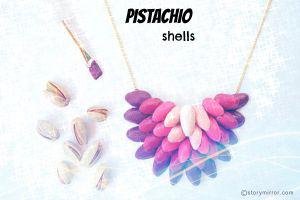 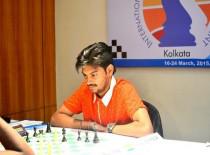 The storyteller’s voice reverberated in the auditorium. It was a Friday night and as usual, the young and the old had all gathered to listen to words of wisdom from the old man whom everyone regarded as the guiding light of the community. The residents in Shastri Park looked forward to learning from the old man’s anecdotes, which provided beautiful lessons through seemingly ordinary situations.

“Hello! Boys and Girls! Do not expect this old man to speak for hours. Tonight, I have just a short account to narrate.

Two years ago, I had been to Kerala to meet my daughter. One evening, I was at a tea kadai (tea-stall) sipping my tea at leisure after an evening stroll, when I saw a gentleman in his late twenties walking towards me, very slowly. Suddenly, it started raining heavily and I signaled him to take cover. He was lost in his own thoughts and did not notice me. I fetched him to the stall and asked what was bothering him.

He did not speak for a few minutes; tears were welling up in his eyes. I let him cry and did not say anything for a while.

A few moments later, he finally said something, but I could not make out his words. I signaled the tea-seller for another cup of tea.

‘My company has ruined me. They stole all my ideas and made millions of dollars. They even sacked me today as they knew I would demand the credit and the compensation. It’s just so typical of ‘Use and Throw’. ‘I feel like a pistachio shell. Empty and useless!’

‘Why empty and useless?’

‘Empty because I worked on those ideas for several years. I have nothing left. Useless because I got fooled by them.’

‘Well, tambi...There is nothing wrong in assuming the role of a pistachio shell. The shells exhibit great potential. The fact that they are hollow from within doesn’t mean that they are useless. All they need is recycling. For instance, they are used in garden mulch and in jewelry. They still have so many uses.

He looked at me for a moment without saying anything. I finished my tea, paid the bill and saw that he was still lost in some thought.

‘Ah, Mr. Ramanathan. I see your point. Thank you, I think your words have given me a direction.’
Today, that gentleman is known for his company ‘Idea Parlour’ through which he helps many companies. He has also saved many people from being cheated,through his services. Getting featured in ‘Legends of 2014’ isn’t easy. But, he did it!

A week ago, he called me up and thanked me. He wants me to inaugurate his new branch at Delhi in the coming month. Now, that’s a success story. Isn’t it?

I am glad that my words in the tea kadai triggered him to squeeze his potential and live BIG.

The sound of the claps greeted the old man as he stepped down from the stage, bowed and humming a distant, forgotten tune, left his audience smiling, as always!

Pistachio shells Never give up