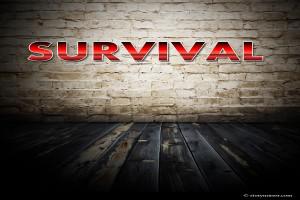 He walked quickly, slowly to his feet, feeling completely overwhelmed and afraid. He slowed down but at the sound of howling wolves, he quickened his pace again. The wound in his left leg hurt but not as much as the wound in his soul. Blood refused to flow in his right leg giving him difficulty in movement. On the other hand, the blood from the bullet wound in his left thigh had flowed and soaked that part of his pants. He felt dizzier with each moment. In his fear and anxiety, he ran and crashed into a tree with thorny barks. He lifted his needle hole ridden left arm and wiped a smear of blood from his face and forehead. His once white Tee was now red with blood, chemicals and the smell of smoke, leaves and sweat. One week and his whole life had been turned upside down. He’d thought his parents died merely in an accident a week ago. Now he knew the truth."Deffric" had gotten to them. He’d wanted the ‪‎key he didn't know. In fact, he hadn't known who Deffric was till four days ago. All Gabe knew was that he wasn't human! He hadn't figured out what to call himself yet, but it was miles from human, probably a hybrid. He ran faster, as fast as he could. The loud footsteps of military boots behind him became closer; the stumping increased; the barking of the bloodhounds, louder.

His wounded leg caught in some undergrowth. He gasped in pain as he fell to the floor of weeds, crickets chirping loudly. He bit his lips so hard that they bled. It was all he could do not to scream. The last thing he heard and saw before he blacked out was the hooting of a ‪grey owl and the moon. A deep red colour in the forests, the colour of blood.