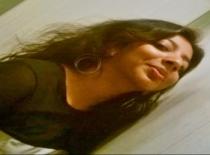 The elderly man was shaking his head. It may have been disgust or it may have been a feeling of hopelessness towards the younger generation. But his companion was agreeing with him as he tut-tutted, spread his arms out, pointing to the ground, and said, “It worries me – this… this degradation!”

“Well,” said the first man, his mouth contorted into an expression of revulsion, “in all the years I’ve seen, I never had to see such a sight early in the morning. It spoils the taste of the morning paper.”

Both the men wore almost identical pained expressions on their faces as they walked away.

Maahira had been a happy person – the kind of person whose joy was infectious. But all that had been in the past. She had had a string of bad relationships. One after the other, she naively trusted; one after the other she wholly loved. And one after the other left, left her feeling devastated, left her believing, against all odds that maybe, just maybe, the next one would be her soul mate, spiritually, emotionally and physically. Left her hopeless, despite her hopes.

And then, Nathan entered her life. Witty, intelligent, charming Nathan John, a new member at the advertising firm Maahira worked at, impressed people after having a conversation of roughly thirty seconds with them. Little surprise that he was a part of the client servicing team. He had a natural flair for entertaining people – with jokes and songs. Everyone loved him instantly. Everyone, that is, except Maahira.

Maahira’s past naiveté had led her to grow wary of anyone who seemed so laminated that dirt refused to be anywhere near them. To Maahira, it meant the dirt was concealed within, something that could not be cleaned or exposed, lest the laminate fall off. She looked at Nathan with distrust and forced herself to maintain a distance from him and his shiny presence

While Nathan charmed everyone he met, his first words to Maahira were, “You’re a stuck up bitch, aren’t you?”

“You heard me,” he contemptuously responded.

Maahira did not admit it to anyone, but his words stung her. He just met you. He had not right to behave that way, but you have no right to be so affected either, she told herself. But she could not get it out of her mind. Why did he insult her? They had only just met. Why such loathing towards her when he had been a thorough gentleman with everyone else?

Whatever, she thought, it was right to keep a distance from him.

Nathan responded to her aloofness by insulting her every chance he got. This confused Maahira, and needless to say, deeply hurt her. Still gentle, and not as hard crusted or thick skinned as she chose to believe, tears would suddenly spring to her eyes. But she was determined to never let Nathan see them - never give him the pleasure of knowing he had hurt her.

Despite the jibes, Nathan seemed to find excuses to spend time with Maahira. The more she tried to stay away, the more he seemed to seek her out. Even if only to give her a little doze of his caustic wit, with statements like, “Hey, you’ve been silent. Trying not to draw attention to those terrible clothes you’re wearing?” It frustrated and fascinated Maahira when he began to butt into conversations she held with others, and, to her surprise, complete her sentences for her.

And yet, she knew, there was something too unreal about this charmer, something untrustworthy.

So when abruptly, one day Nathan sprung the question, “Will you go out with me, Maahira?” better judgment should have prevailed. But Maahira found herself blushing furiously as she said, “Yes, I’d love to.”

It was a whirlwind of a romance. If Nathan had been rude to her before, he now only said all the right things at all the right times. Maahira’s happy disposition gradually started returning. It was surprising how much she had in common with a man she once thought of as obnoxious. It was surprising how each time they met, his smile seemed to light up her world in the manner of corny love songs. The world would still have its horrors, its terrors – but all that seemed to disappear behind Nathan’s smile.

Late one Sunday afternoon, she decided to surprise Nathan with a bottle of Jack Daniels, his favorite whiskey. A cool, crisp September breeze was blowing, enough to keep the weather pleasant, but not too cold. Maahira walked with a spring in her step and rang the bell. He answered the door with a towel around his waist, smelling of sweat.

“Hey, you,” Maahira said sweetly with a smile. It was then that she saw her – on the couch, wrapped up in the same blanket that she too had wrapped around herself a couple of times in the past. Her eyes widened in shock, the suddenness of seeing another woman in her place. She had not yet grasped if she was angry, sad, shocked or just plain numb. She felt a pain, growing every second, in the pit of her stomach.

“Hey, why the shock, Maahi? I never said we were exclusive.” Nathan suddenly said, as he followed her gaze.

Maahira physically felt her heart sink. She opened her mouth to say something. But no words came out. She looked down at the bottle in her hand.

That’s your defense, Nathan? No remorse, nothing? she thought, but did not say the words out loud. There was nothing more to be said. Nathan stood there looking as cocky and arrogant as he always did, the expression of someone who believed the world owed him something. Someone who had absolutely no guilt. Someone who justified the wrong.

Nathan John, one who had played on her insecurities to make her unconsciously desperate for his approval. Nathan John, singer of songs. Liar of lies.

Maahira turned around and walked back to her car. She was about to open the door when she suddenly remembered something. She marched back and rang the doorbell again.

“What?” he asked, momentarily confused.

“I want my spare house key!”

Nathan fetched the key and handed it over. Maahira glared at him for an instant with a snarl on her face and said, ”Oh, and my stuff in this house - BURN EVERYTHING!”

She reached home and sat down on the edge of her bed. Outside, the sky changed colors from blue to orange to pink to a blackish blue. Maahira did not move. She had held the bottle in her hand as she walked from the car park to her house. She realized she was still holding it. She unscrewed the cap and took a swig. She had never been fond of whiskey, and she had never in the past gulped it down without some water or ice. But today, she did not feel the bitterness. She took another swig.

It must have been past 3 am. Maahira staggered out of her house. She was wearing the same white shirt and khaki shorts she had worn when she had gone to Nathan’s house. Maahira heard some dogs barking, but she was not sure if they were just in her head or if they were really there. The world was spinning. Suddenly, the ground rushed to meet her. She winced in pain. She tasted blood. She lifted herself up and squatted on the road. She heard a faint growl on her right. Up ahead, was a cart covered with blue tarpaulin. On the ground next to it were tender coconut shells, cut at the top, thrown after the water had been drunk, some with straws still in them. Maahira got up and walked. She saw a dog next to one with its hind leg raised. She giggled, but she was not sure why. As she approached, the dog ran away.

“Aaah! Tender coconut!” she said with glee as she raised the shell to her lips.

Two elderly men were on their morning stroll when they found her and called an ambulance. She had choked on her own vomit.