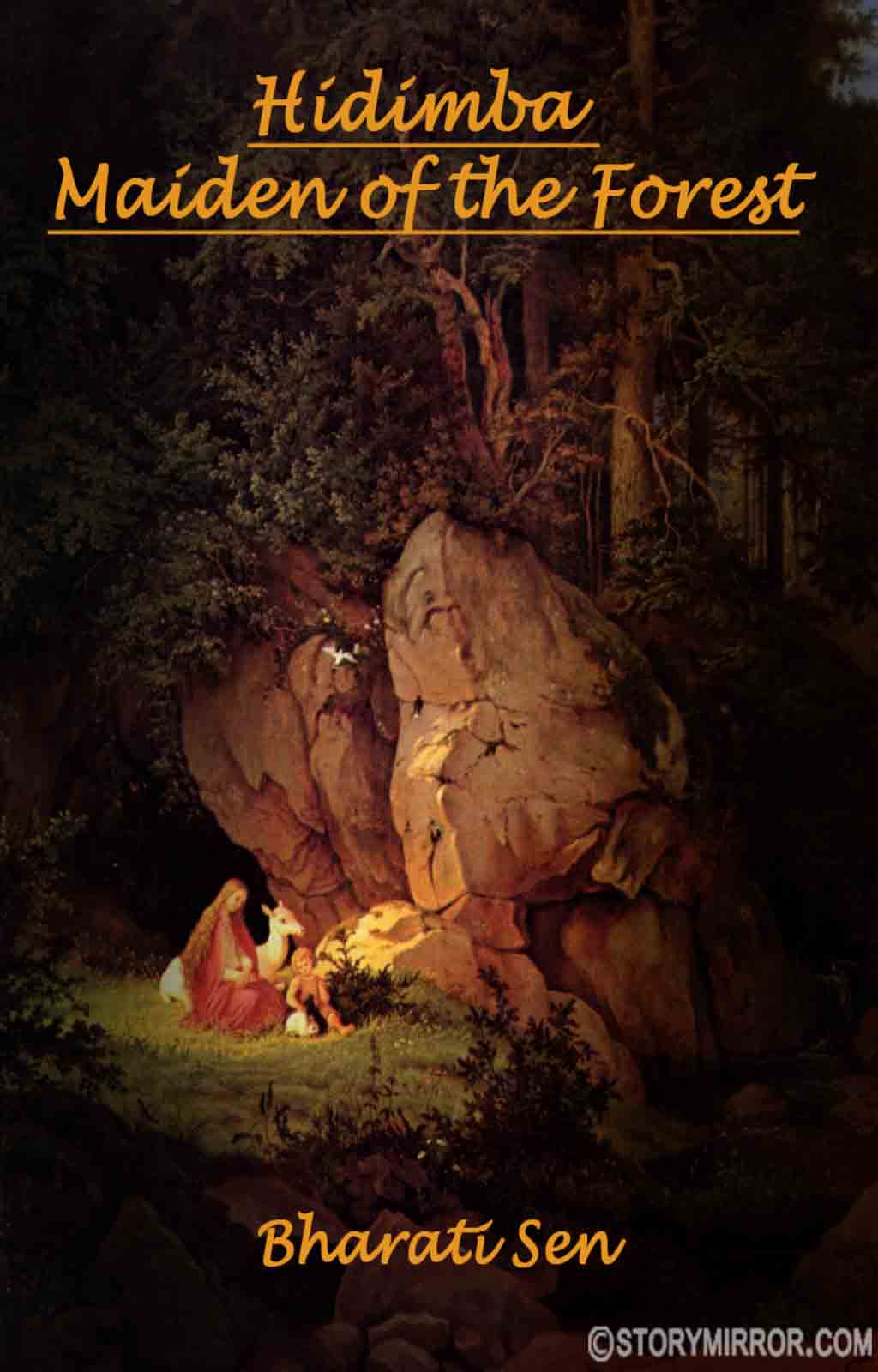 Hidimba Maiden Of The Forest

Hidimba Maiden Of The Forest

Standing in front of Hidimba Devi temple in the midst of a sacred cedar forest near the town of Dunghri at the verdant foot of the Himalaya mountains I wondered how Hidimba described as a rakshashi or demoness in Mahabharat, became a Devi or Goddess amongst the hills and forests of Himachal Pradesh. This sanctuary is built over an enormous rock that juts out of the ground. She is worshipped as a manifestation of Durga, the "Hill Mother" or Goddess of the earth. The temple was constructed in 1553 by Maharaja Bahadur Singh.

This made me go back to the Mahabharat to understand this contradiction of the same being as both a demoness and a goddess.

In Mahabharat Hidimba appears after the Pandavs had set fire to Lakshagriha and had escaped to the forest to fool the Kauravs into thinking that they had been consumed by the flames. The Pandavas had murdered a mother and her five sons of lower cast (Nishad) by letting them burn in the fire to save themselves. They had then taken shelter in the jungle.

In the forest, tired and exhausted, they fell asleep at night except Bhima who kept a watch. In the same forest lived Hidimba along with her brother Hidimbo, who was a very powerful demon. He could smell the Pandavas resting at a distance and asked Hidimba to lure Bhima into getting eaten. On seeing Bhima Hidimba fell in love with him. She assumed the looks of a beautiful woman and approached Bhima and expressed her desire to marry him. Then she revealed her true identity and also informed him about her demon brother Hidimbo.

Hidimbo in the meantime became impatient and came towards the Pandavs. Hidimba told Bhima that she could save them by carrying all of them and flying away. Bhima refused. Hidimbo was further enraged to find his sister Hidimba assume the looks of a beautiful woman. A great fight took place, Hidimbo was killed. Bhima wanted to kill Hidimba also but Yudhishthira stopped him from killing a woman. Hidimba then pleaded with Pandav mother Kunti to allow Bhima to marry her. Kunti ordered Bhima to do so. One condition was that he would leave her as soon as she bore a son. When Ghatothkach was born Bhima went back to his brothers leaving mother and son in the forest.

We know that during the eighteen day war of Mahabharat, Ghatothkatch was killed by Karna on the fourteenth day. There is no further mention of Hidimba after this in the epic. This made me think and discuss the matter with people in the know about Mahabharat. The subtext that became apparent is what is presented here.

When the Pandavs come to the jungle, the local people were worried. Would they cut down the trees and make their residence in the forest or would they go to some nearby village? The forest folks approached their leader Hidimbo to take action. Hidimba was sent to investigate the situation but she betrayed her people. She lost her heart to Bhima. Being a girl from the forest she did not know the ways to entice a prince. She in her straightforward way requested Bhima to marry her. Bhima was not impressed. Therefore Hidimba approached Kunti.

Kunti was shrewd. (This is to be seen as a strategy during the war with Kauravs, when she tried to lure Karna to change sides with the temptation of becoming the emperor whom the other Pandavs would serve. She had no compunction that this was the son she had abandoned as an infant. Karna refused to do so. Then she extracted a promise from him that he would not kill any of the Pandavs other than Arjuna. Karna kept this promise till his death). Hidimba had grown up in the forest. She knew the ins and outs of the forest life and could help the Pandavs to survive. In later years when the Pandavs had to go to the jungles for twelve years after losing the dice game, Hidimba and Ghatothkach helped the Pandavs and Draupadi in every way including carrying them across hills and mountains. Thus Hidimba remained in the forest and formed a bridge between the forest and the city for the Pandavs.

Hidimba was the first Pandav wife and her son was the eldest grandson of Kunti. Yet Pandavs left them in the forest without giving the due respect or rightful status to them. They were not considered fit to be called queen or prince respectively. Their services were taken for granted. As a single mother, Hidimba brought up her son to become a great warrior. She did not ask for anything from the Pandavs and she was not given anything by them. This was the civilised peoples’ attitude towards the so called uncivilised folks who inhabited the jungles.

During the great war, on the fourth day, when Bhima was attacked he fainted in his chariot. Ghatothkach appeared and fought with such ferocity that even Bhisma from the Kaurav camp had to retreat. On the eighth day also, when the Pandav army was facing a crisis Ghatothkatch showed such fierceness that the Kaurav army beat a retreat.

On the fourteenth day of Mahabharat war the troops started fighting at night. It was a terrible fight. Karna’s arrows were creating havoc amongst the Pandav army. Arjun told Krishna to drive his chariot towards Karna. Krishna advised him against such action as Karna was having the weapon ‘Shakti’ given to him by Devraj Indra. This weapon once released would find its specified target and destroy it. It was infallible. Karna had saved it to kill Arjun. Krishna knew that other than Arjun, Ghatothkach was the only warrior who could confront Karna.

Krishna, the great manipulator, summoned Ghatothkach and ordered him to fight Karna. What ensued was a violent conflict. Kaurav warriors pleaded with Karna to kill Ghatothkach as otherwise their army would be decimated. Finally Karna released ‘Shakti’ to kill Ghatothkach. As Ghatothkoch was struck he called out where he should fall so that his immense body could cause maximum collateral damage. Even at death his huge body completely destroyed a large part of the Kaurav army.

The Pandavs were sad at this death of the eldest son of the family. Krishna started dancing with happiness. Arjun was displeased with this behaviour. Krishna explained that the rakshas had to be killed. If Karna had not killed Ghatothkach Krishna would himself have killed him. And since "Shakti" had been used up Arjun had nothing more to fear.

Rakshases were ‘them’ the uncouth people. The Pandavs, Kauravs were ‘us’ the civilised people. Abhimanyu was son born of a princess. So he is depicted as a hero in Mahabharat. Ghathkatch who was equally brave is shown to be crude and coarse.

Hidimba is a Devi in the forests and hills of India but in the plains and in our epic she remains a demoness and her son by Bhima a demon.

In today’s world the tribal people are still ‘them’ and the others are ‘us’. That is why we go to the adivasi or aboriginal reservations and ogle at them as if they were animals. We try to appropriate their land and ridicule their way of life, belief and practices. Nothing has changed from the days of Mahabharat.