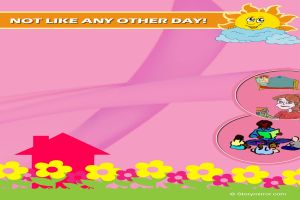 That morning I woke up to the sound of alarm which was set to ring at 5 ‘O’ clock like every other day. After dozing for about ten minutes in the sitting posture, I finally got up to make tea while my husband still slept   and he would sleep until 8:30 like every other day. I entered the kitchen after washing my face. The tea preparation was accompanied by making of six parathas - three for my tiffin and three for his breakfast. Then I slowly sipped the tea till 6:15 which was followed by taking out clothes from the cupboard and mopping rooms. I was all set by 7:30. After hurriedly kissing my husband, I left for school. Oh! Did I forget to mention that I work in a school.

My journey till school includes a bus and a train ride. The rides were usual with the same commotion and same hot atmosphere, sweats, abuses, nudges and so on and so forth. After reaching school, I was still not to take a sigh of relief as the day was crowded with 9 out of 10 periods full. More lectures, more corrections, more work filled me with fatigue. And before I could realise it was already time to leave. At 3:30 p.m., I left for the day and started my journey back. As I reached the station, there was an announcement on my train being late. To spend the extra time I reached out for a vada-pav along with a fruity. And while I was digging my tooth into the yummy Indian burger, I could not help take notice of the different variety of people present on the platform. From a bunch of school going children to working ladies, from young lovers to married couples, from grandpas to grannies, from high- society ones to middle class ones to below middle class section, there was all.

But I was especially attracted by this flamboyant pair who seemed oblivious of being under the public scrutiny. They were brazen and acted blatantly (according to me). Not only did the boy kiss the girl on her cheeks in full public view but also hugged her again and again. The girl too was bold enough to return the same favours to the boy. I was taken aback by the view. And though I pretended to look away but my attention was fixed there. Well, I always knew that people of Mumbai are very bold but this was the first time of my encounter with their boldness which made me more uncomfortable than any of the accomplices.

I was alarmed at the noise of the train siren. And while I was still recollecting my stuff from around me, a scene left me speechless. The girl and the boy jumped on the tracks as soon as they saw the train approaching the platform. And it was too late by the time anyone could realise anything and come to action. I do not know why but there was a sense of guilt in me when I recapped through my thought about them just a few minutes back. Had I been in their places and knew that I am not going meet the person I love again ever, I would be that shameless too, perhaps more. I am not trying to justify their act but I was uneasy, dizzy and was giddy. Though I did not dare to look on the tracks, thankfully and took an auto to home, but I skipped my meals and work for days after that incident. Truly the day was not like any other day.