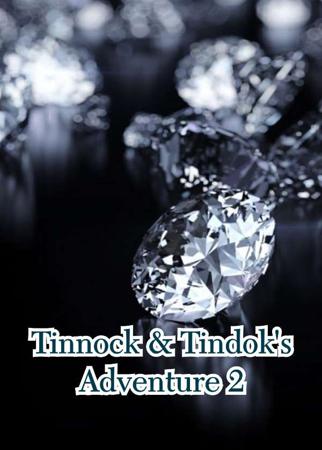 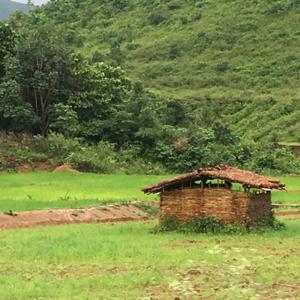 Tinnock and Tindok are two brothers who work for a detective agency. Both have a dog each: Tinnock has Snow and Tindok has Clow. All four have an exceptional quality each:

· Tinnock: He has hearing which is as good as a cat waiting for a mouse to move in the grass.

· Tindok: He has a memory through which he can remember things he heard or saw ten years back.

· Clow: He runs as fast as a cheetah.

All four are always very busy in solving cases and mysteries. They live at 34/1, Baker Street, London.

“Where should we go this time?” Tindok asked Tinnock. Tinnock replied, “Why don’t we go to somewhere in Africa?” Just then a page from a magazine flew into the room through the window. Snow brought the page and gave it to Tinnock. Tinnock read the page, “40% off for hotels in Victoria Falls town, Zimbabwe. Last day for bookings- 12th February.” “That’s today and such a coincidence, we were just thinking of going to Africa!” cried a surprised Tindok. They immediately decided to go and Tinnock called the travel agencyand booked their room at the ‘Victoria Hotel’. Their tickets were booked for the 18th of February.

Snow and Clow were just as excited as Tinnock and Tindok. The day finally came and they boarded their air plane from London to Cape Town. They reached Cape Town and took another connecting flight to Harare, the capital of Zimbabwe. On eh flight, Tinnock and Tindok planned what they would do once they reached Victoria Falls town.

They reached their hotel in the afternoon and thy checked in got booked into the room 376. When they reached the room, they all sat down together and opened the window to see a surprise- it was the Victoria Falls just from their room window. They all relaxed after such a long journey. Tindok was reading the newspaper and suddenly read some astonishing news- “JAILBREAK IN JAMAICA- 2 MOST WANTED CRIMINALS ESCAPE- JAMIS CLAHOURE AND BLANSEC CAMEIORE.” He showed this to Tinnock and both of them were surprised. “Again thse two have fled from jail!” a surprised Tinnock exclaimed. Tindok said,” Yes, they must be in disguise again.”

Next they went for river rafting near the falls while Snow and Clow were at the boat dock. They had an exciting time. While they were returning to the hotel, Snow suddenly spotted something and led them towards it. There were footprints in the mud and as the water from the falls had made the soil wet, they were clearly visible. The footprints were surprisingly not of an adult but of a young child. They followed the footprints and saw that a boy was sitting near the bushes with a cat which was purring. They went near him but he started to run away. But Tindok called him and said that they were not there to harm the boy. They all sat down together and made friends with each other. They talked and chatted for a lot of time. The boy’s name was Kalwaso and he was a native of the place and knew the place just like the back of his hand. He could help anyone to go back to town if lost near the falls. The four (Tindok, Tinnock, Snow and Clow) all then went back to the hotel. The night was a stormy one with a lot of rain and thunder and lightning.

During the wee hours of the next day, Tindok saw something peculiar near the falls. There were two people exchanging cardboard boxes. He called Tinnock and all four immediately went off in the direction of the falls. Tindok led the way and again saw footprints at the same place as the previous day where they had met Kalwaso. But this time there were footprints of men. Snow sniffed the footprints and led them with the footprints. To everyone’s surprise, the footprints abruptly ended near the falls. Tindok took out his binoculars and looked for their hotel room. Yes, he could see it and matched that this was the spot where he had seen the two men. They searched for a cave or some type of secret opening but could not find any. Even Snow and Clow could not sniff out the men’s scent as the mist from the waterfall had left no trace of the men’s footprints or scent.

All felt hungry as they had not had anything for breakfast. On the way back to the hotel, they reached the place where all four had met with Kalwaso the previous day, they suddenly saw a bloodcurdling sight. It was the body of a person lying on the ground with blood oozing out from wounds near the chest, stomach and both hands. Tindok saw a pen stabbed into the victim’s stomach. Tinnnock and Clow quickly ran to call the police with the help of Kalwaso, who had just appeared with his cat, while Tindok and Snow stayed with the injured body. Tindok was just staring at the body, he just froze as if he was thunder shocked. He suddenly remembered that he had seen the face of the man before. He realized that the mas was none other than Blansec Cameiore, one of the WANTED criminals. He was stunned.

Tinnock came back with the local SP-Mr. Wagbe Changli and few other constables and the police doctor. Tindok told them about what he had realised abou the man. Mr. Changli also identified Blansec. The police doctor declared that Blansec was dead.

Following this, there was the burial of Blansec at the cemetery. At the cemetery, Tinnock noticed something odd. He saw two pens similar to the one which was used to murder Blansec. These pens were sticking out of the ground. He just pushed them into the ground. After the burial at the cemetery, ‘THE 4’ decided to return to the falls. As they were reaching the place where the footprints had ended, Clow ran forward and led them to the corner of a bush. There was one of those similar pens. Tinnock again pushed the pen into the ground and suddenly there appeared a flight of stairs from behind the water of the falls. They climbed up the stairs and reached inside a cave. They were surprised as they saw huge crates filled with things which were shining and sparkling in the dark.

Tindok went close to the boxes/crates and put his hands into one of them and what did he see when he took out his hand????

(Please comment your guess below before reading the surprise)

The crates were full of DIAMONDS!!! ‘African diamonds!’ Tindok cried. ‘So, a mystery has after all followed us all the way to Zimbabwe too!’ exclaimed Tinnock. Then they suddenly heard voices and they hid a dark corner. “It’s quite strange isn’t it? I thought I heard some voices.” said a voice. Tindok, having a strong memory, immediately recognized the voice to be of Jamis Clahoure. Immediately Tinnock and Tindok threw a diamond each on Jamis’ and his companion’s head. The diamond missed Jamis but this time it was Clow to the rescue! He pounced upon Jamis and showed all his sharp, shining teeth. The frightened Jamis surrendered and pleaded Tindok to take Snow off him.

The two were tied up and again Tinnock and Snow ran off towards the police station. He returned with Mr. Wangli and other cops. The man with Jamis was identified as jewel smuggler Mandewu Wandari. He had been lost for the last three years and was on top of Africa’s MOST WANTED list. Kalwaso helped in searching the tunnels as he knew the area like the back of his palm.

After this, both were arrested and Jamis confessed that he had killed Blansec and had been smuggling diamonds through a tunnel under the Church cemetery. The gates were operated by these pens stuck in the ground and footprints were left untouched intentionally to guide the workers to the secret cave,

So, Tinnock, Tindok, Snow and Clow had again solved a mystery.

They enjoyed the rest of their holiday and had a lot of fun!!!!!!