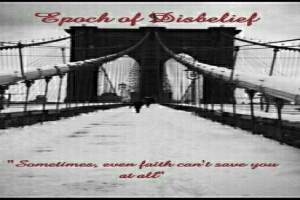 All the non-Germans are ordered to wear a Yellow Star of David, segregating themselves from the pure race. They are forbidden to use buses, trams, cars or transport, public or personal, of any kind. They are forbidden to form groups, to attend any kind of social or religious events. Furthermore, they are ordered to restrict their actions, and far the greater good of the purer race, all their basic rights and amenities are curtails.
Any non-German found breaking any laws will be executed immediately. All of them are ordered to register themselves and their families for further measures and treatment.

I sighed. Already getting the ration was difficult now. With the release of these new prohibitions, it would be tougher obtaining anything to eat at all. Already the air around was filled with hostility, reproaching eyes followed everywhere I went. As if the First World War was our fault, as if we ruined the country...
Non-Germans, that’s what they called u
s now, I thought bitterly. After suffering through the Great War, heaving the penance of the great Depression, we all, the Jewish, the Polish, the Hispanics, were anti-nationals, traitors. We are now forced to lift the heavy cross of segregation and guilt, just because “Fuhrer” had decided to lead us to progress and development, only if “anti-nationals like us have been taken care of.” Like we never suffered as they did, like we never cried the same tears as they did, like we never lost our loved ones to clutches of war as they did, like we never lost our everything as they did...

Reaching home, I carefully placed the loaf of bread and some minced meat. It was a small house, just one room, the dining room in morning, the study room in afternoon, the kitchen in evening and for the bedroom at night. Glancing upon from her dirty toils, my mother gave me a crinkly, weak smile, and said, “sehone tochter, I knew you will get something for us, your dad would be so happy, when he comes back. These are enough for all of us, enough for feast, and to save for …” Glazing over, she left that poignant note, hanging in the air. She knew what was coming, like everyone, our inevitable doom. Maybe, the only saving grace was having an only child, therefore, having to fill a small number of always-hungry stomachs. After staring into space for few minutes, she resumes her work. I grab my favorite book, which once costed our entire ration for the day, and began reading it.

After the cold dinner, we join our hands, thanking our god in gratitude, for another safe and gracious day, as safe and gracious it could be. “It’s not we are suffering that we forget to thank Him, we thank Him for every breath we take, every deed we commit, every bite we eat and every scrap we wear.” My dad is not very religious, but he deeply revered the Rabbi, who lived next door, and believed that my birth signified a good omen; He shall be there for me, His hand always over my head. Some things are beyond my explanations and reasoning, but I never crossed beliefs with my father for this.

Later that night, very late I think, I was jerked awake and forcefully pulled out of my house. Chaos was everywhere, my dad was bleeding from his one side of the forehead, and my mum was closely clutching her saved items. They casted a long, forlorn look at each other, before giving me a weak smile. Even though things were too messy for a twelve-year-old, I perfectly understood it all. I just watched my neighborhood being burned to ashes, most with people inside them. Some of my friends didn’t make out, neither did their families. Inevitable is here, Gestapo showed up, we were being relocated.
We walked, in long lines, shuffling and groaning, but not stopping. My mum clutched my hand, my dad kept his arm around my mum’s waist. We were tired, from walking four, maybe five hours, but didn’t stop. The sun had lit the horizon but did nothing to dispel the darkness. Those who stopped were whipped, beaten. Few even died. My mum told me that they just sleeping, a long, deep sleep, but I knew better. My childhood was already lost, now innocence was slipping out of my grasp. Only five hundred of us made it to the “RELOCATION AREA.” I didn’t know what it was called, I was hungry and thirsty, but dare not ask anyone. I was afraid of beating, afraid to get away from mom and dad. Herr Nicholas Tvalsky was there, whip in one hand, cold expression-ed. Clutching my mother’s hand, I shivered, from cold, fear or exhaustion, I don’t know, maybe all of them. She pulled me between herself and dad, but it didn’t make me feel any safer. Herr ordered us to remove our clothes and ordered to hand over everything we had. Being one of the last persons, mum made us eat some meat and bread before she had to surrender everything. I was still thirsty but scared to ask, more than ever. Few of us protested, but it didn’t matter; it was ripped away from them. Many of them were shot dead. Either way, we were standing there helpless and naked. My mum was weeping silently, my dad kept gazing at the sky, as if asking Him that what we did wrong to endure this fate. They say “Fuhrer” is going to reign peace over here, is this how will he do it, when half of his people are helpless, and other half is the one inflicting helplessness? How will he do it, when half of us are naked, and other half is the reason behind it? How will he do it, when half of us are dying, and other half is murdering us? Is this how will he do it?

We stood there, hungry, thirsty, naked, helpless, under sweltering morning heat and biting nightly cold. We tried huddling, to keep us warm, but what could a bunch of cold bodies do? At the crack of dawn, we were pushed towards the train. Our feet were numbed from standing all day, so we tripped. Those who fell were killed. Many fell, many died. Freight Trains arrived, where we were pushed in towards a journey, which promised nothing but long, torturous death. I wanted to sleep, to forget all my troubles, but mom kept jolting me, kept me awake. “Snowy sleep, welcoming death”, that’s what she told me when I was small, but right now, death was an old, welcomed friend.

After what felt like an eternity, Freights stopped. We got down, at least those who were alive. Auschwitz, the concentration camp. Someone tallied us, we were only two hundred and forty-six now, six children and two infants included. All of us felt naked and helpless; I could feel guard’s disgusted eyes raking over us. They had never felt so lowly, I wanted the ground to rein justice and swallow me whole. I couldn’t bear to look at the defeated and slouched. I wanted all of this to end. We were queued for the medical check-up. Except for me, all the children, infants, the old and sick were deemed medically unfit and made to go in the room. My mom grabbed me, pressing me to her, blocking my view. Dad covered my ears. But nothing could be done about my nose. I smelled it, something burning, burning human flesh…

We were subjected intense physical labor, given some old uniforms, uniforms of those who had been killed, to wear, with two-time meals-soup and bread. Working with animals, I saw humans turn into one. Someone, once, spilled their soup. Everyone rushed, scooping up more dirt, less soup, but nevertheless some extra soup. Wooden planks were our sleeping pyres, in a deathly night. It was nothing, but a never ending cycle of weariness, exhaustion, and helplessness. Brawls were common, but guards did nothing, we were entertainment to them, dogs fighting over food. It was hell; making me convinced god didn’t exist, because if he did, I would have been warm in my bed, asleep, my mum reading me stories, and dad kissing me god-night, not slaving away here. If He was there, Fuhrer would be afraid of dong these things, as he would have been answerable to someone. Faith didn’t help anyone; even the deeply revered Rabbi was burned alive. Faith didn’t save him; it won’t save any of us.

After some forever, a man, sick or desperate for freedom, maybe, tried tackled the guards, and tried scaling the walls, soon followed by others. However, the electrified wire killed him and the others, stench of burned flesh whizzing through the air. Electricity was shut-off to get the bodies off. Suddenly, my dad pushed me through the wires, getting me grazed all over my body. “Run,” he shouted, “run away from here,
schone tochter. This is your omen, our omen. Survive this, for all of us.” I ran as fast as I could. The last thing I saw was my mum sobbing and desperation of my father.

I got on the first thing I saw, and hid myself, in what I saw later, was a train. My world broke apart, as I just sat there, watching it crumble down. Tears couldn’t force into my eyes, not even when I ripped-off my Yellow Star, not even when I discarded my religion, my identity, the cause of my suffering, cause of my childhood’s death, the cause of my separation from my parents. Desolation over-powered me, and I longed for my mommy. I needed her, her warm hugs, daddy’s brilliant hugs, and safety of their embrace. Nobody came, as I wailed. Grief took over me, as I fell asleep; I knew that my faith had abandoned me. I stayed like that, for many days hiding in the utility room, stealing food, crying myself to sleep, cursing my destiny, lamenting my destiny. Then one day, the train stopped, reaching its destination. I stepped out and looked around to see where I was. I was safe, finally. I had survived it, gotten out of there. I fulfilled my promise, to my mom and dad. I had no faith left in me, I had no trust in me, nothing to love, nothing to live for. I didn’t trust Him, he was selfish enough to rip my parents away from me. But, I wanted to hold on, because I knew that mom and dad will never lose hope, they will fight this. They will come back to me because they love me. They are not like Him who abandoned all of us, they will return for me. And if they don’t, they will wait for me to come back. We will be a family once again, when we meet, and that is the only thing I look forward to. That’s the only thing that kept me alive. Faith is nothing, all I had is just them, and surely, god can’t be so cruel, right?