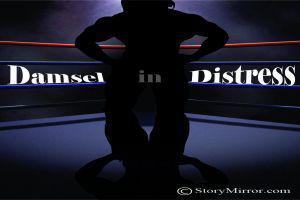 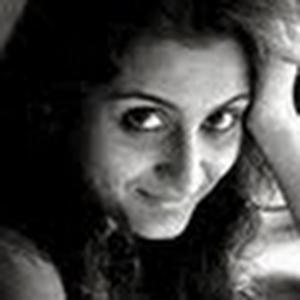 “Once upon a time there was a lady wrestler. Stories of her strength and tactics were quite widespread. Mothers in far away villages used to tell their kids, ‘soja beta, lady wrestler aa jayegi’.

Her career was thriving. Wrestlers from far away lands used to come to her to challenge her. And she defeated them all. Once she got hurt badly in a fight. She got hit on her head by a huge chair. Although she won that fight, her eyesight was gone. It only came back when she hit the same spot on her head again, and went away again in a while.

That, of course, was the end of her career. She retired and became very depressed. She used to hit herself on head to be able to see again. Slowly, this also receded with time.

One day she was doing something sitting at her home and she stopped seeing suddenly.

She hit herself hard. Nothing happened. She hit harder. Nothing happened still. She hit her head on the wall. It hurt badly, but her eyesight did not come back. Hurt and depressed, she started crying. She cried and cried herself to sleep. Late at night, a thief barged into her house. Seeing that she was asleep, he decided to sweep the place clean. But first he decided to ensure that the lady didn’t wake up and catch him. He took a huge wooden stick and hit the lady hard on head with it.

Thaaaad! Eyesight restored!! The lady got up. Happy. Jubilant! Then she saw this thief holding a rod in front of her.She beat the hell out of him! And then she lived happily ever after.