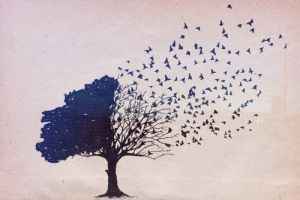 I rushed to class and skimmed over the seats in class. The teacher was there already so I just sat on the first bench with my friend. Hurriedly I open my satchel and take my books out and try seeing her from the corner of my eyes. I swore under my breath.

How could I be so careless?!

You see I had a crush on a girl in my class. She was new; I was from the same college since the junior level. She wouldn’t have caught my attention if she was like other girls. Her being different made her stand out to me. She wasn't your usual straight  A’s geek from the first bench. She was a straight A’s student who are totally social and sits wherever and with whoever she liked. This brought me back to search for her. As she didn’t have a fixed place, it was little difficult to look for her. Also, she was short. The teacher asked us to open our books. It was Sociology's lecture and fortunately I loved it. So we started discussing about the essence of sociology. It was only the second week of college, which was probably why the teacher had decided to take it slow. Five minutes in, I got restless and decided to sneak a peek. I tried to subtly look around in class.

Five minutes later I again tried with no luck. The next time I looked back, my indiscreet eyes were caught by a known pair of twinkling eyes. My friend, Dee, mouthed Lisa at me in a teasing way. I felt the heat on my cheeks and turned to face the blackboard. I decided to indulge in the discussions in class, some time passed by. I turned back again and while my eyes skimed the class, I caught the faces of two girls I happen to recognize. They looked at me, smiled and one of them swiftly noded her head towards the back and motioned towards who am I was looking for. I smiled back and then thanked her. Hmm… She’s sweet; I should be friends with her. She helped me last time too, for filling the applications of the literature society.

My ordeal of waiting got over with the piercing sound of the bell, signaling end of the class. When I pack my bag, I notice people who were sitting around me were now staring at me while going out. Those two girls waved at me and walked off. I guess I just made a creep out of myself. My friend asks me if I was planning on going to the next class. I shrugged and asked him to meet me later. Gradually the crowd thins down and I can now see her pretty face. She looked at me with a small smile dancing on her lips. She was talking to some guy. He said something; she blushed; my fists clench hard. I kept a blank face as she came towards me. She smiled and hugged me. I reciprocated and asked her why was she blushing. She hit my arm and said, “Andy! Shh!” I laughed and continue probing questions. Finally earning an answer, she said, “Did you see the guy I was sitting with? His name is Dean. He is new to the college too and he likes me. I met him five days back. He wants to take me out to see if we could be anything! I said yes. What do I do? I’ve never been with anyone before…….” I spaced out while she ranted. All I could think was, one girl I really liked and there it goes down the drain. And she wanted me to give advice. I know I was the closest person she had in college in the two weeks since we’ve been here. I had my chance, I missed it. She snaped in front of me, “Hello, earth to Andy! Andy! What should I wear? When we go back home please help me out before we finish studies. Okay? I’ll see you in an hour.” And she was gone. Oh I forgot to tell, we live in the same colony, same building and same floor. Yes, she moved in the house beside mine, three weeks back.

Months flew by and Lisa and Dean were going steady. Meanwhile, I and Lisa became best friends. We knew each other like no one else ever could. I had dated a girl to get over Lisa but when my girlfriend came to know the truth she broke up with me on good terms and we are still friends. Apparently, she too was dating me for the same reason. One day Lisa was banging at my door at ten in the night. My mum opened the door and seeing a crying Lisa she hugged her close and shushed her. They entered my room and after mum made sure we were comfy, she left us alone. Lisa rushed to me and started sobbing. I coaxed her into telling me everything. She had just broken up with Dean because he was cheating on her with a girl who she was friends with. It was shattering for her, seeing as it was her first heartbreak. I hushed her and put her to sleep. My mum came in with extra blankets and pillows and a mattress. Whenever Lisa slept over I slept down and she used my bed. My mother trusted Lisa but not me, apparently. Next day I was very cheery as I thought we had one more chance. It took a lot of convincing to get Lisa to get ready for college that day. Weeks went by, I decided now we could be good. We went to college and departed for our classes. We didn’t have classes together that day. I decided to ask her after college if she wanted to go for lunch. It would give us some alone time and also, give me the strength to confess. I ran up to our usual meeting place at the sound of the bell. My grin transformed in a frown. I saw another guy talking to her.

He talked; she blushed; my fists clenched, Again.