Quotes New
Audio
Forum
Read
Contests
More
Write
Sign in
Wohoo!,
Dear user,
2001: The Story Of How I Was Offered A Time-Cube
Like
Liked
Rate
Like
Liked 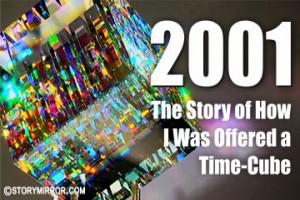 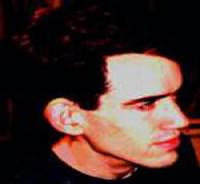 Someone---I think his name was Stephen--- a friend of my friend Dinko, approached us from the corner of the library.

Then he addressed me:

"You haven't, um, ever won one of these nice, shiny, magnificent, highly ornamental trophies before, have you? All you have to prove is that you've done something that is against history or evolution!"

"Sure, I qualify" I said. "Here's my proof: I've always been anachronistic, and I have large ears, which are against the evolutionary trend of history".

"But do you know what these are for?" Dinko said. "It means your primitive, like NOT EVOLVED".

The first guy said "But of course, you have to pay for it, of course! They cost a significant amount!"

"But I thought they were awards!" I said, in a chirpy voice.

"They are awards, but they're bad!" Dinko said. "Stay away from them!".

"Then I resent the award, and retract my interest" I said.

"At least you learned something" he whispered under his breath.

But the story doesn't end there. A few years later I took my imaginary time-cube to a "time-travelers convention" at MIT where I was almost arrested for claiming that I went back in time three years. Perhaps without the time-cube it would not have been possible. That occasion and other events are recorded in my forthcoming (eventually) book, The Dimensional Time-Traveler's Toolkit, the most professional resource I predict will be available for those who wish to time travel with their minds.