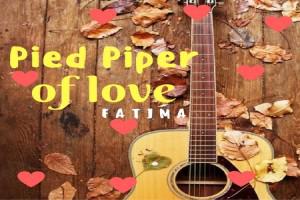 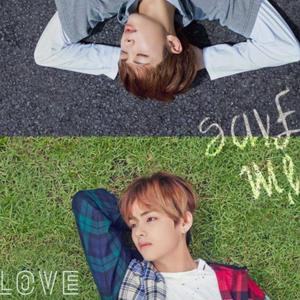 “Where are we going Leah?” I asked looking at the sparking light in the eyes of my sister.

“Get up you lazy piece of a sister,” she said sounding excited about something.

It felt absolutely absurd for her to be this active at two in the morning.

“It’s freaking 2 am Leah. I am not going anywhere.” I said covering myself up with the sheets she so rudely pulled off.

“Yes, you are Elise,” she snatched away my precious sheets now jerking me awake.

I groaned and sat up mumbling profanities at her.

“Yeah, call me whatever you want. But I need your help,” she said now holding two dresses in front of my eyes.

Fashion crisis? Really, at this time.

Oh did I forgot to tell you, my sister is a model, my mother is a fashion designer and my dad owns a music label. Woah, lucky me! Not so much. I am their non-talented daughter, Elise Stuart.

And no, I am not even an A-grade student.

“What? You need help choosing between two dresses so you can go out on a date with a hot model?” I asked yawning in the process.

“Yes!” she shrieked causing me to wince.

“You woke me up for this?” I asked annoyed at her stupidity.

“No, you have to come with me,” she stated now avoiding looking at me.

A scream was building at my throat, 'Not again!'

As per Mom's rule, if Leah dated a model from her agency then I should be her sober driver and escort and make sure she gets back home ie our home and not the home of the boy she was dating.

Leah looked terrified after giving me the reason for waking me up. And she was rightly scared. I am a mild person but I can be nasty when woken up from sleep that too at freaking two a.m.

“Please, Elise, pretty please. He is really gorgeous and he is sweet, and.. and he has hot friends,” she said the latter part like a question.

When my gorgeous sister was around, I never stood a chance to be noticed by her ‘hot’ friends. And now it didn't even bother me. Earlier, I would dress up and go to every party since I knew there would be good-looking guys around. But after attending of few of them, I realised that the stunning and outgoing Leah Stuart would find a boy to talk to in like five minutes while I just sat there with my ability to non-socialise.

“And again, why should I go with you?” I asked thoroughly not interested.

This kind of help always comes with a price.

“Fine, what do you want?” she asked her hands placed dramatically on her hips.

“The red leather jacket mom made for last fashion week.” I said folding my arms across my chest in a deal making posture.

She thought for a moment and then sighed, sigh of defeat. A mental victory dance happened.

“Fine, now get up and get dressed,” she said with a wide smile.

“The blue one Leah, it makes your eyes look gorgeous.” I said now dragging myself up from bed.

“Thank you!” came her high pitched reply as I chose a dress for her.

It was a relief that Leah didn't party on a school night. Else I would be sleeping in between the classes.

What all do we do for the love of our siblings!

I hate discos, yeah well, sue me! The lights, the drunk people, the grinding bodies make me wanna puke. But here I was in Limeligt,  a disco where she frequented. She held my hand and manoeuvred me through the wildly dancing crowd.

Dancing, on the other hand, I loved!

The disco was large, with a stage set up in centre. The multi-coloured lights were flickering all around and air was heavy with stench of sweat and alcohol. The walls were painted silver and golden reflecting disco light pretty well.

On my right, was the bar shelf stocked with cocktails and mocktails. And over us was the a glass covered room, from where the almighty DJ kept taking song request and often addressed the crowd.

'Excuse me, excuse me..' I kept pushing through the crowd. Some girls eyed me and snickered. Probably at my dress. I was wearing a black skinny jeans and a red crop top while my sister was in majenta pink tight fitted dress which reached her mid-thigh, after much stretching. I liked wearing dresses and stuff but only where I liked going to.

Why dress up on the occasion of your sister's date?

“Jordan!” she said now leaving my hand free and pulling her group of friends in a hug.

Socially active, yeah my sister was a people’s person.

Jordan, Stacey, Mica, Rebecca and Chloe were her friends. To be frank, even the guys Mica and Jordan were nice enough  and treated me like a sister. Rebecca was somewhat ignorant to my existence, while Chloe was more of a shy person but Stacey was fine.

I looked at her with a rueful smile, my sister who was now kissing a really hot guy, probably her now boyfriend, the date I was brought along for. I had friends alright, but no close friends with whom I could party discuss secrets and have fun. I mean who would want to be friends with the boring sister.

So me and Leah shared friends and I was fine with it.

“Andre, meet Elise my sister. Elise, he is my date Andre,” she said with a raised eyebrow trying to ask for my opinion.

“Andre, it is a pleasure to meet you especially after all the gushing she did about you,” I said teasing her.

She was pretty excited and now I could see why. Andre was hot, fine, all her dates were but there was an undeniable softness in him, innocence that was missing in most of the people in this rough industry.

He had a sand brown hair, striking blue eyes and dimpled smile...lucky Leah.

“She was? Gushing about me?” he asked surprised and gave my sister a raised eye brow.

My sister blushed. Oh, so dramatic Leah! Who blushes on the words said by a boy ?

“Anyway you love birds enjoy your date,” I said walking towards the bar to get few beers to keep me alive.

I just drink enough to drive back home so Leah never said anything.

“Sure. It was nice meeting you Elise, you are pretty cool.” He said giving me genuine smile.

I smiled back. See, I told you I am a nice person.

“Yo, Yo, Mah people! Here is the song request for tonight, from Andre to Leah,” the DJ said and I saw my sister hugging Andre.

It was a nice gesture, song dedications and all. I loved such dedications as long as they are not shitty music like the widely popular Hamilton. I hated his music. He was talented with good voice but the songs held no meaning , no feeling.

Just when I was about to get up and praise Andre for the song dedication gesture, one of the songs from Hamilton stopped me in tracks.

You are with me-me..

And the night seems so sexy...sexy..sexy..

I groaned and slumped back in my chair.

“Shit! I just jinxed the song dedication by thinking about him,” I muttered to myself.

“Can I get a drink to drown this music?” I asked for my second beer.

Three at the max and then I am done.

“Excuse me? You mean drown in the music?” A voice asked me and swirled the bar chair around.

Every artist had critiques and haters and anti-fans, but this guy..nah! He had fans, followers or should I say, worshippers? No one hated him, no one! Even my mother liked him and dad didn’t despise him.

“Yes, this kind of music sucks!” I said facing the guy in a black cap, half his face covered in shadow of his cap.

“You find this song bad?” he asked as if this was not possible.

“I hate his songs, they are so meaningless and unnecessarily loud. It looks like he doesn’t respect his talent,” I ranted feeling annoyed at the song blaring in the disco now.

“Wow!” he said with utter disbelief.

What was wrong with people, I mean yeah Hamilton can sing and had looks, which singer doesn’t? But everyone loved him way too much. He was overrated according to me.

“What is your name?” he asked in a really nice husky voice.

“Ha, ha, creepy much. I am not going to tell you my name when I can’t even see your face. And why are you wearing a freaking cap in a disco. Isn't it already dark here?” I said bending low to see his face but he backed off.

Why does he look so familiar?

“I can find out your name if I am some creepy stalker or murderer,” he said with amusement in his voice.

Under the cap, I could see his lips quirked into a smile.

“Do what you will!” I said and got up from the seat as I saw Stacey waving at me to come.

As I walked up to Stacey I noticed a Night with Weston Hamilton poster and my jaw dropped in shock. The guy in the cap was none other than great Hamilton himself.

I turned sharply to look but the seat was now empty.

“What happened?” Stacey asked as I made my way  to her in a half dazed state.

“Umm...I  might have just made a celebrity my enemy,” I whispered more to myself than Stacey.

But Stacey was not even paying attention, she was looking at the stage in a dreamy manner.

“Holy Hell! This is our lucky night. Your lucky night Elise, you missed him last month.” She said grabbing my hand in a painful grip, probably too excited.

“And now people, the guest of the night, the one we all love, one who rules the music industry, Weston Hamilton!” The DJ announced.

The tall guy in blue snug fit tee got up on stage and removed his cap throwing it at some lucky shrieking fan. I just insulted him on his face!