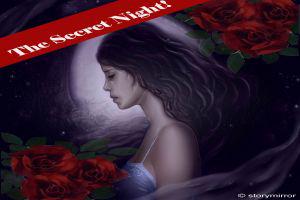 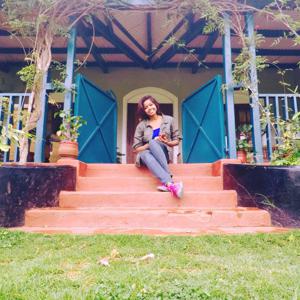 The flames flickered as the breeze blew, calming its rage. The river nearby burbled breaking the night’s monotonous silence. The trees rustled; singing the forgotten songs. And the night’s prolonged silence broke as the hysterical laughter reached my ears and woke me up.

We were camping in the foothills of Ladakh. Beauty and serenity resided in every corner. And clearly I zoned out. The gang included friends and some people I knew. It was nearly midnight and the stories didn’t seem to come to an end. This enchanting land was slowly sweeping me off my feet, but by the time reality struck, people were ready to doze off. I decided to stay out a while. And soon was lost in my thoughts.

Life was pretty great if you ask. But it was normal. I just breathed and that’s all. I couldn’t accept that life is just this for the rest of my living days. I was confused and wanted things to change, but didn’t know how. And when you get this lovely land to brood on, imaginations seem to multifold. The land stretched far enough to get lost in the enormous mountains. The river gently flew, adding a heavenly look to the scenery. The silvery moon sparkled and looked down upon me; bright enough to let me sink in this amazing landscape. The swift breeze gave me chills and as I shrugged and grabbed my blanket closer someone called

“You still awake?” he asked. Startled, I looked back

“Yeah, the night is beautiful enough to keep me awake”, I said.
He smiled and sat next to me.

“We haven’t spoken enough, did we?” he questioned

I looked at him and some old feelings which I believed and made sure were gone, but actually they never did. Those hazel eyes; I don’t know why is it always eyes. Why do they have the power to hold you tight and leave you numb? And why do they speak what our hearts badly want to hide?
I broke the eye contact before I do something silly. To give a background, he is Adi, as you might have already figured I had and I guess I still have feelings for him, but I am on guard, not to be swept away by feelings, again!

I met him years ago, through a mutual friend. But we weren’t exactly friends. Although we bumped into each other on several occasions, we were still strangers. At least that’s what he thought. I, on the other hand, started to raise a secret; every time we met, my heart skipped a beat. It did not happen in a day, my fondness towards him grew as I knew more about him until one day when I was head over heels for him. He was a Panda. Super cute, adorable meter high, gentle, funny, and someone proud in his own skin. FYI, he was fit. I was quite happy having those feelings, the first level of having a crush. Butterflies in the stomach, the mere mention of their name makes you smile, they make life a beautiful place to live in without even trying. It’s great for a while until the heart starts demanding more. And you can’t be sure if you can ever have the privilege; this saddens us a bit and it’s when things take a turn. But it’s worth living. Until one day, we were at this party, grabbing a few drinks and having some chit chats and he walks in, my heart pounding and thumping so fast it might stop and there she was his girlfriend Neha. I died a bit inside, I did! And the long process of grieving and getting over went on which I won’t bore you with. But in the end, I made sure I was over him, until now.

“What is keeping you up?” I asked

“Nature’s call”, he winked and smiled and we both burst out laughing

“You still together, right?”

“It’s been a year since we parted ways”

“Oh! Sorry to hear that”

“Tell me about you, got anyone?” he asks

“I sure won't be sitting here alone if I did!”

He smiles, but the silence soon crept in and we ran out of topics. I hoped he would leave soon, but to my surprise he sat there and looked seamlessly into the sky. After a few minutes, I grew restless

“What are you thinking about?” I asked

“Nothing! Just staring at the sky, feels peaceful”
Peace was replaced by anxiety in my head. I looked at him every now and then, I have no clue why!

“What makes you happy?” he asks

Quite perplexed by such an unexpected question, I looked at him blankly. Scared, I might blabber things I sure won’t be proud later, I bluntly said “What!”

He smiled and said, “Just answer!”
I thought through, this is one of the most difficult questions I have been asking myself and I never really landed up on an answer, because every answer was followed by doubts and that put me in a very miserable situation. But this time it was different.

“This… This makes me happy”, I answered
He looked at me surprised. I tried clearing his doubts

“All my life I have been thinking of what makes me happy so that I can make a career out of it. But all I ended up with was restlessness. Thinking about the scenarios and its consequences put me in more confusion which consumed my soul, piece by piece. Up until one day when my cup was full, I decided to take one step at a time… To live in the moment. You see, life is pretty simple. My answer was right in front of me, the whole time. And today it is this. Being here, being able to witness this beauty makes me happy”, I answered

His face lit up and his eyes dazzled by the moonlight. He smiled and my silly heart skipped a beat. And the hesitation vanished and we were like old pals speaking endlessly, seemed like we hit the right chords.

Then there was silence, and it was all dark but I felt warm. Eyes burning, seeking sleep, but mind trying to figure out what happened. I felt the warm breath over my head and soon realized I have curled up against Adi. My heart pounding, I feared I might have a stroke. As I tried slithering out without waking him up, he caught my hand. And I grew numb. For a moment, everything disappeared; I lost all my human sensations.

My paralyzed tongue was of no use, but then he drew me closer. My brain blank and malfunctioned. I had no control of what was happening and didn’t know how to react, but then I let things as they are.
Our eyes met, I knew he had an amazing pair. But this was sheer magic. He looked at me fiercely and with emotions I cannot define. His hold was firm as he pulled me closer. I could feel his breath against my face; and boy! It was racy. My breaths were faster than ever, hands colder than the night and heart seemed to have stopped pumping.
He looked heavenly. The moment was perfect. If there was any day I could go back in time and relive a moment, this is it. I knew what was coming and my eyes shut; as his lips brushed against mine I felt complete. Held his coat tight enough to feel his thumping chest. His hands brushing on my face, caressing my hair as we kissed. Then he looked at me and smiled and his chest was thumping no more. Calmness spread across his face as he kissed my forehead and wished me good night.

I smiled but said nothing. But my sleep was lost. And I might have relieved the moment around a thousand times till dawn breaks in. And before everyone could see us, I swiftly made my way out. Although this might be the most blissful night of all times. But things were sure to become awkward.