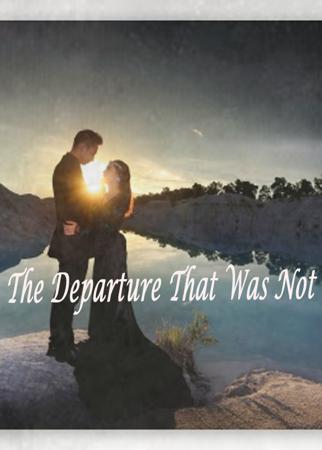 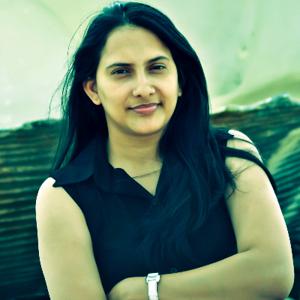 It was never going to be an ordinary day. Standing like a log, eyes wet, she witnessed her own departure from her once dreamt soul mate.

She squinted as he walked off into his luxury bus to his far off destiny, after waving the sad good bye to her. It was that typical rainy afternoon. Afternoon sky felt like dusk. Winds lashed with the rains on the aluminum sheets of shops around. She drenched till skin, holding the umbrella which trembled in her hands. Her tears were obvious. Thoughts were clear but the mind ached with it, and she trembled thinking of her next move. She wanted to faint, wanted to scream at top of her voice for the ill fate that was facing her.

She continued standing there. Eyes winked, hurt by rainy wind and tears. She dint bother about what the people around her thought. He peeped from the glass window catching glimpses of her. They didn't feel like waving again anymore. They did not even feel like looking at each other’s face for the fear it would diminish strength in their decision, they had taken, to separate for the sake of their family interests. There was no anguish, only the love for themselves that was ready to be buried in the interest of love for family.

It was decided to be a departure of love. A new promise to be felt, new world to be faced. Both were reluctant yet confidant about the rational decision they had made. Those wonderful times of courtship seemed to end. They had met not in theaters or bars but in libraries. They went outings not to parks but to temples. With blooming relationship, the educated couple wanted to tie a knot which was however not acceptable to their families.

She stood drenched in the rains as her heart wailed and drenched too. The bus finally pulled off. That cursed day was over. She drove her bike home with heavy heart as her world had changed.

Times changed. They wrote to each other. Bonding remained. Separation too. Till one day a note from their parents read something to which their hearts jumped in pure euphoria.

It was never going to be the same rainy day again. It was a union after a departure. The nuptial knot followed in the next winter. Marriages are made on earth and life becomes heaven.

The Departure That Was Not