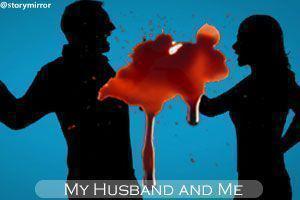 I am a travelling author. What are travelling authors, you ask? I'll tell you. We write, just like every author does, but we have a problem, unlike the conventional authors. The conventional authors don't have to look for inspiration to write something, or even if they have to, they just need to search for it once before starting the story. Their minds are a lot more creative than our minds and can spin stories with ease. We are pretty useless. Since our minds are blank and sadly, not creative, we travel around looking for inspiration and creativity latently residing in every inch of this world. We need the help of this world to propel our story's plot. You find that admirable? Trust me, it's a pain. Sometimes, your minds aren't conditioned enough to observe the things around you, and sometimes your spectacles aren't clean enough to intricately observe every fine detail in the ambience. Well, the former is a problem with every travelling author, the latter is exclusively mine. I suck at what humans call hygiene. Oh no! Don't judge me, I bathe every day.

Gosh! My wife bored you probably? Darling, you don't always have to explain what travelling authors are. Well that's what she calls herself. I simply call her a traveler, more accurately, an explorer. And what am I? I'm just her husband. I own a marvelous paradise in Pune, but my wife doesn't fancy it. She is the kind who likes to be going around places, visiting shanties and maybe resorts too!  Laying still isn't her habit. The marvelous paradise, or the hotel I own was erected solely for her. I mixed every element of this world in it to give her a sense of movement all the time, but as I just mentioned, she doesn't fancy it.

The diary is back in my hands. Am I boring you? Oh I'm not! I know, thanks. We are going to a tea garden today. I have seen a lot of tea gardens but I wonder what's different about this one! I have an aversion to stagnancy. When my father bought me a bicycle, I ran away or rather, rode away with it. I was supposed to learn bicycling the next day, but my adventurous self-took off before my father ever got a chance to teach me. Of course, I didn't have the faintest idea how to ride one and kept falling and falling and falling. I had wandered off to some unknown road. I didn't even know I was lost! I just kept riding happily. My, and there, I fell down again. That is where I met ‘him’ :)

And from here on, I'll take over. There she was! Young girl, adolescence hadn't hit her. Darling, you were 9 back then, right? I was no elder. I myself was, haha, 8. She fell down and her already bruised knees were bleeding waterfalls of blood. I was raised by an Army man and I was bleeding chivalry. However, as arrogant and stubborn she was, in no world was she ever gone accept my help. While she violently protested, I had, by then, already ‘bent on my knees’ to ‘tie the knot’ on her bleeding leg, with my handkerchief. I gave her a pale look and smiled. It was the beginning of an everlasting summer. I asked her, if she can go back home on her own. And yet again, my amazing amusing girl, nodded a yes, totally rejecting my offer. I smiled again, I had seen through her face and got the idea that she is probably lost.

I wasn't lost, I'll let you know! I just was exploring a different way back. I told him a few landmarks around my lovely home, and he gave me a confident expression, as if he knew where my home was. I remember him leading the way and me chatting about my glories, about myself.  But you know something? It felt...it felt nice. I love speaking, sharing, talking but my father had always restricted me from making any friends. His reasons weren't wrong. Our locality wasn't one you could call safe. However, this 8 year old had more brains than any man. He didn't speak a single word all through our walk. He just held the bicycle and gave a very, very faint smile occasionally. That faint smile, was what i fell in love with. He isn't the kind of guy who talks much.

Who said I don't talk? If it's my wife we are talking about, I could write novels, swarm words and make oceans of descriptions. When she told me about the landmarks around her place, I immediately realized something though she realized ‘that’ only a little later. We were neighbors. Coincidence? I think not, definitely. When his father could see us from a distance, he ran towards his daughter to hug her. The elation of reunion was something words will forever fail to describe. She burst out in pain, and started crying. She had finally felt the security of a father’s shoulder where she could always put her emotional burden upon. Her father looked at me

Dad, he kept staring at him. Probably because he saw his own clear reflection in him. It was an intense stare of approval, like ‘you can be her friend’.  My father had never paused so gently like this to observe a person. And the fact that my ‘new friend’ lives only a stone’s throw away, he didn't budge at all. My father, and my husband, were the politest humans. Their poise, their walk, it had an elegance. Both were utterly selfless, patient and assumed responsibilities fast. Their beauty can only be observed if you pause to look at them. And an ever-rushing person like me, was brought to a standstill when these two met. That was the same moment, I fell for him.

Don't embarrass me! I am merely your admirer. As we grew up we met each other more often. Every second of gazing, minutes of goodbye, hours of conversation, days of madness, months of happiness, and years of togetherness, brought us to our marriage. It was a pity, my father-in-law whom I endeared like my own father couldn't be with us and left this world too early. My wife, she didn't cry, she said “He won't be happy up there, if he sees me like this, come let's go.” As we started our journey of our life together, we worked hard to earn enough to own a house, which because of our dedication, soon turned into an empire and we owned a chain of hotels. Oh and don't assume so that my wife ever stopped travelling! She got the rarest chance to explore the darkest corner of the mesmerizing Western ghats!

I…I even discovered a new frog species there! I returned back home to tell my dear all this. It was celebration night and we took the car out for a drive. I was driving. And, and and...How could I… How...HOW COULD I?

Our car met a terrible accident. I threw her out of the car and hence, my dear wife survived barely with a few scratches. I, on the other hand, I...died. My wife died too, though only emotionally. It was hard for her, like a nail being torn apart from a finger. She wept continuously for three days. Her weeping stopped but her grieving didn't. My wife, who hated stagnancy, was inert now. She didn't move, she would just lie there on the bed and now, won't even weep. The hotel staff in Pune loved her as much as I did. They'd try every possible method to cheer her up, but in vain. She after about a month, came out of her room, the first time in so long.

I saw a dream, where I saw you, darling. It was that dream that woke me up. My dream, started off like a nightmare. We met with that same accident. I cannot describe the horror to have had it replay again. Everything was same, just so same. My eyes were about to pop, but something different happened. Instead of my dear, it was I who died. I was happy, that you got to live. I cried again, they were silver tears of pure joy. But that happiness was ephemeral. I saw him weeping and it broke my heart so much more than anything I could imagine at that moment. He lay still and didn't do a thing. His hotels were his world, and because the pain of my departure had killed him from the inside, he stopped caring for those hotels. His company collapsed, his life collapsed and he died a death more painful than the one I received because of the accident. That dream ripped my heart off. To see him in such pain, was torture to me.

And that is when my honey woke up. She realized, what her grieving was to me when her dream put her in my shoes. That dream was as if an elixir to her emotions. She regained her laughter! She took over my business of hotels, and looked after them, and the hotel staff was more than ready to help her. She started travelling again like she used to before! She started moving. She now knew that I never was dead, I was always and forever will be alive in her. She took the pen and started chronicling her journeys as if both of us went to a place to explore it. She wrote in my spaces too, as if it was me.

My husband, will forever be alive, as long as I continue to write in his place. We bought this diary together from a book fare I took him to. He had always wished for us to fill the pages together. And look honey, you kept your promise. So what if you are not here physically with me? I still have the love you've given me for so many years. It is enough for me to fill this diary's pages, together.

The tea garden is here. Shall we go?

My Husband And Me