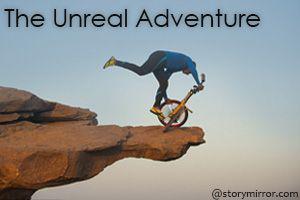 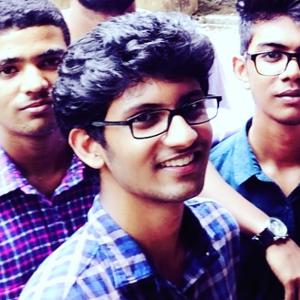 It started out of nowhere. I opened the door just a crack and peered out. The moonlight was drawing pretty pictures on the sky outside. In the eerie shadows of the night I could barely make out that place. It seemed like a jungle.

I realized, I was the only one there that night -"ALONE". I got the feeling that I myself was in a great danger. To make myself secure I looked around. I was surprised to see that, It came out of nowhere.

I was surrounded by the creepy woods.

Suddenly I saw something move around the woods. It itself gives you the shivers. Out from the woods. I saw two beautiful yellow eyes staring straight at me. I knew it was some sort of creature. It was highly camouflaged. The number of eyes where now increasing, I now heard grumbles of the beast. It had come with its pack. They just blended with the darkness of the night. I was so scared that I started running, without my notice itself [But to the other direction (that was with my notice itself)].

I ran some distance, the anxiety to look back caught me. I looked back while I was running and noticed that 'I' was being chased by a pack of wolves. Anxiety now turned into fear while looking back and keeping up balance. I ran as fast as I can. Suddenly the dead end came. Up in front of me, was a big and deep ground of about fifty feet. Now I knew that I was in a top of a mountain or a cliff. I turned around to see the status of the wolves. The pack had cornered me.

I had two options. “Make an adventures jump down, be dead". "Stay there get eaten". Indirectly (or maybe directly itself) my fate had "DEATH" in both the options, common. I backed away from the wolves. I was now so close to the end that if one step taken - you can declare me as dead. My courage was completely drained off. I started crying. I had no intention of jumping the cliff. I crouched down in a submissive position. I gave it all up to my fate.

I knew I was dead. It was fifty feet to hell (It surely was that bad).I yelled and screamed in my maximum voice. Yelling out I woke up. That's when I realized I was dreaming...........and the earthquake in the cliff -" EH. MY BROTHER WOKE ME".

"OUT" OF NOWHERE !- This is how the this story starts and the END U FIND OUT!